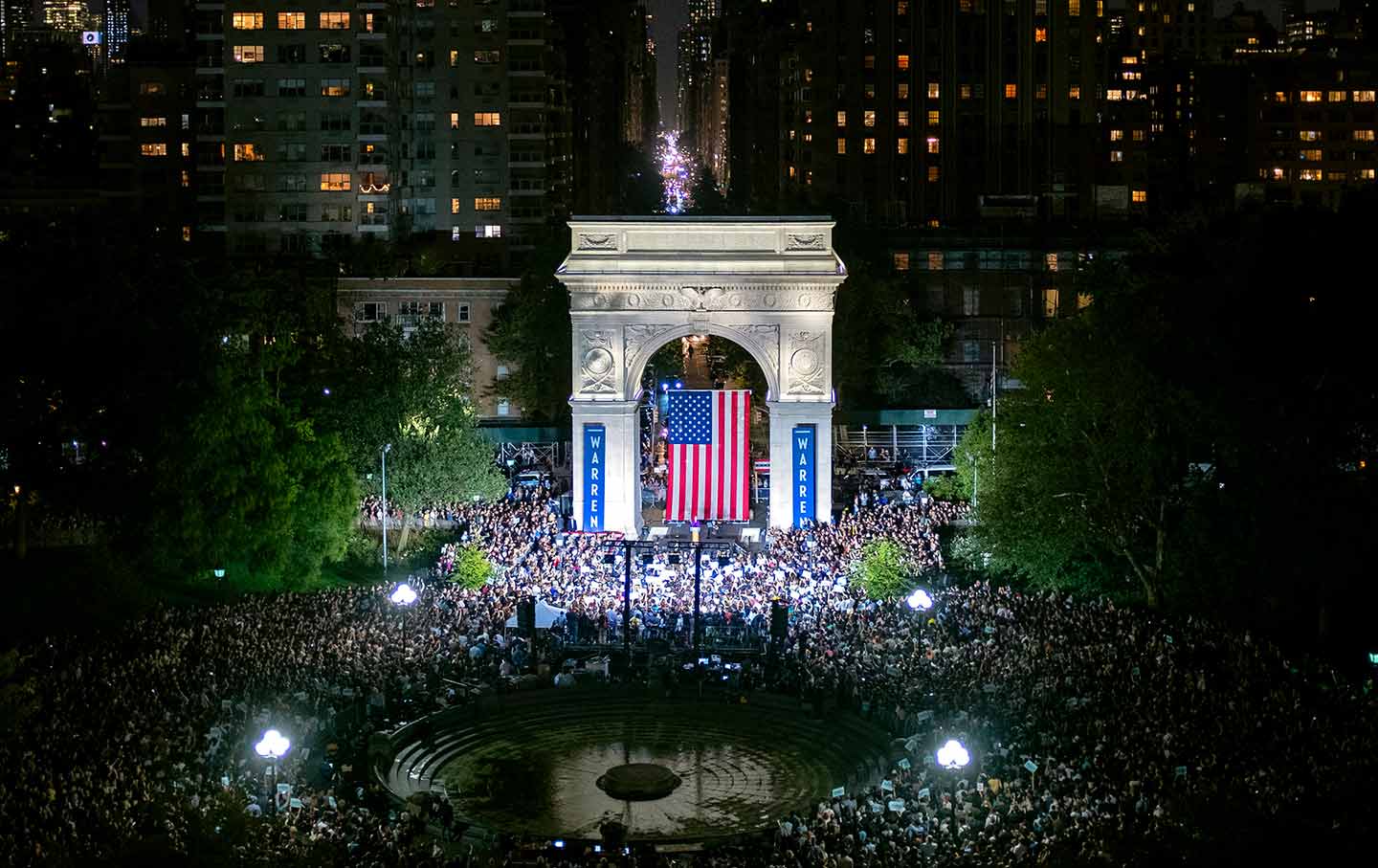 It was her largest rally yet, according to Elizabeth Warren’s campaign estimates. More than 20,000 people packed into Washington Square Park in downtown Manhattan on Monday night to hear the presidential hopeful speak. She started with the story of the Triangle Shirtwaist Factory fire 108 years ago, in which dozens of workers—nearly all of them women, most of them immigrants, some of them as young as 14—threw themselves to their deaths from the upper stories of the Greenwich Village factory or died inside, struggling against a locked door.

Warren’s retelling inaugurated a near-hour-long rally in which she detailed how she would dismantle the corruption endemic in Washington.

Listeners broke into impromptu chants when Warren outlined her impressive but hardly radical wealth tax: 2 cents on every dollar of a family’s wealth above $50 million. There were screams of relief when she said, “What we want is for our federal government to do something.” She struck a balance in her speech between calls for “transformational” or “big, structural change” against unchecked corporate power and the assurance that she was ready to start her work.

As her speech reached its close, Warren returned to the Triangle Shirtwaist Factory fire, which proved to be a transformational moment for a particular woman who witnessed it: Frances Perkins. Warren centered the final part of her speech on Perkins, who began a career “with a plan,” who persisted for change from the inside, and who found herself in a historic role as the cabinet secretary at the helm of the New Deal. Secretary Perkins, Warren said, succeeded because she worked in tandem with the outside pressure of thousands of activists.

Now was the time to take a lesson from Perkins. “We know some people will say this is too big.” Warren said of her agenda. “Too hard.” It was not meant to be a reaction line, but a few wails of “Noo!” erupted—a few at first, but emboldened by each other, it spread.