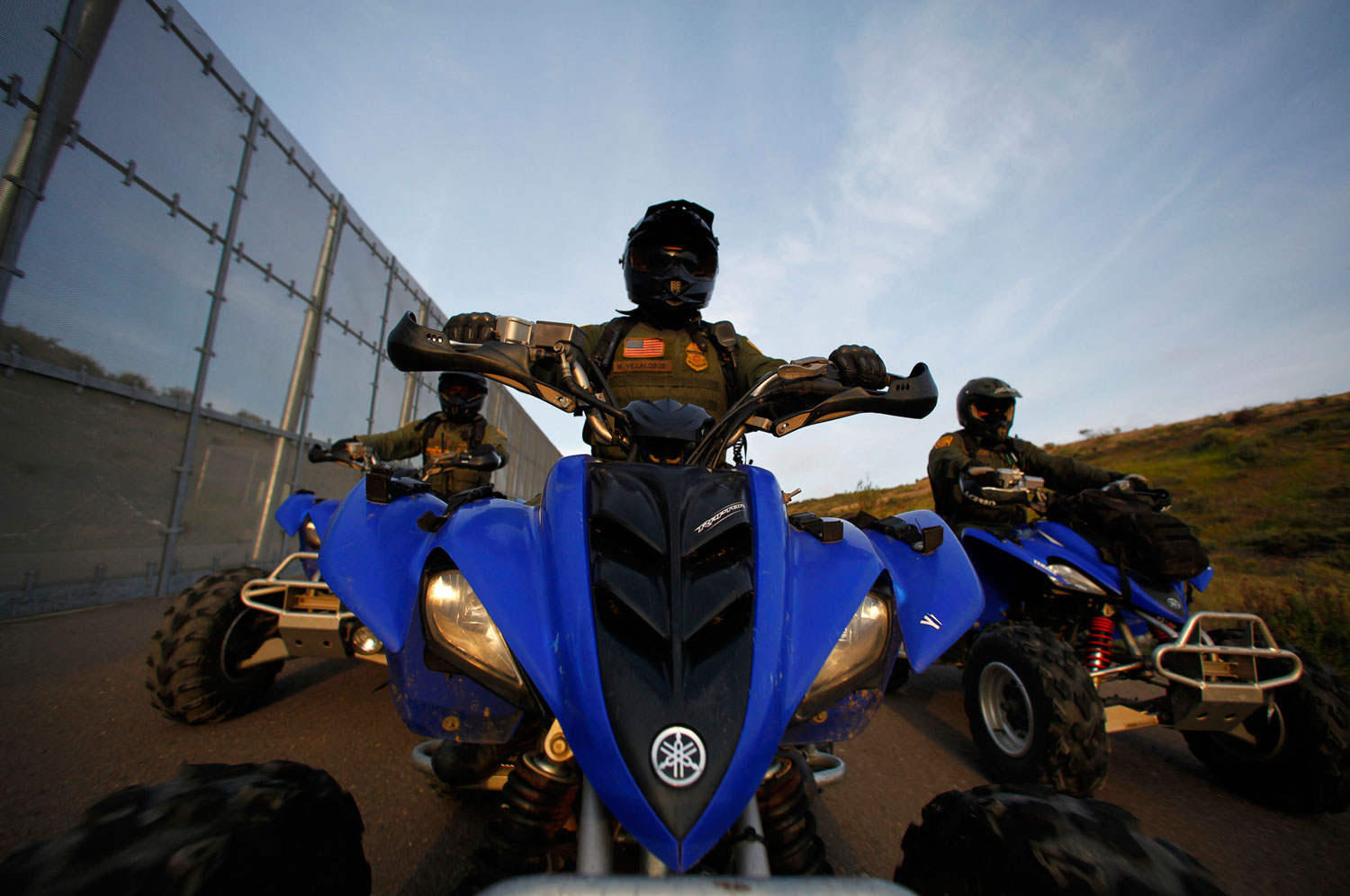 The Los Angeles Times obtained an internal review of US Border Patrol’s use-of-force policies, which US Customs and Border Protection has refused to release publicly (members of Congress have seen a summary). While the Times did not offer the report in full, the paper did publish previously unseen snippets that portray a law enforcement agency operating under loose use-of-force standards and little accountability.

The review was completed in February 2013 by the Police Executive Research Forum, a nonprofit that develops best practices for law enforcement use-of-force policies. It examined sixty-seven use-of-force incidents by federal border agents near the US-Mexico border that resulted in nineteen deaths.

Here are some key findings of the review, revealed by the Times Thursday:

The report is especially scathing in its critique of agents who’ve stood in front of moving vehicles, recommending that they “get out of the way…as opposed to intentionally assuming a position in front of such vehicles.” The authors add:

It should be recognized that a half-ounce (200-grain) bullet is unlikely to stop a 4,000-pound moving vehicle, and if the driver…is disabled by a bullet, the vehicle will become a totally unguided threat… Obviously, shooting at a moving vehicle can pose a risk to bystanders including other agents.

The report recommends that Border Patrol bar agents from shooting at vehicles unless their lives are threatened and also from firing at rock throwers. An internal response by Border Patrol, also obtained by the Los Angeles Times, rejected both these recommendations. The agency said a ban on shooting at rock throwers would endanger agents because they work “in rural or desolate areas, often alone, where concealment, cover and egress is not an option,” and that a ban on shooting vehicles would empower drug smugglers to run over agents. The response echoes statements made by Border Patrol chief Mike Fisher in November.

At least twenty-one people have been killed by Border Patrol agents working on the US-Mexico border since 2010. In 2012, agents shot at a 16-year-old boy multiple times in the back, killing him. The latest fatality happened this month, when a border agent near San Diego shot and killed an undocumented migrant for throwing rocks, one of which struck the agent in the head. In all these cases, it’s unknown as to whether any of the agents involved were disciplined, as CBP does not make that information public.