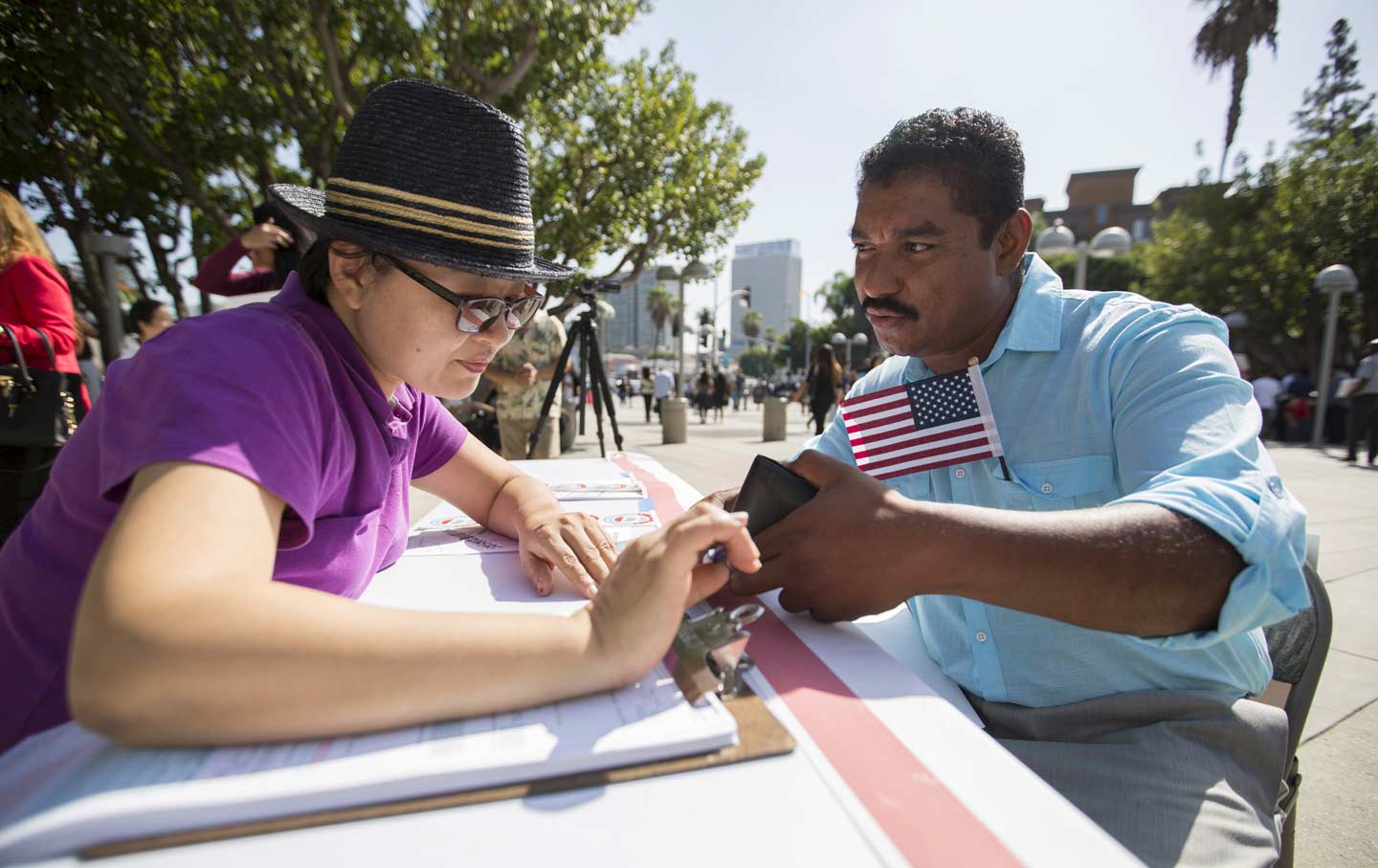 “The Voting Rights Act has been an effective tool in protecting a right that is fundamental to our democracy,” declared a rising congressional leader in 2006, “and renewing this landmark law will ensure that each and every citizen can continue to exercise their right to vote without the threat of intimidation or harassment.”

Incredibly, that statement of unequivocal support for voting rights came not from a Democrat, but from then–House majority leader John Boehner (R-Ohio). Of course, while it’s easy to forget now, Boehner was hardly taking a courageous stand; despite a long history of right-wing opposition to the Voting Rights Act, Boehner was merely endorsing a bipartisan reauthorization bill that passed 390 to 33 in the House and unanimously in the Senate. Upon signing it, President George W. Bush said, “My administration will vigorously enforce the provisions of this law, and we will defend it in court.” Nearly a decade later, the political landscape for voting rights has changed dramatically. We are now witnessing a clash between two radically opposing visions of American democracy.

One vision is on display in Alabama, where, half a century after civil rights activists marched on Selma, state officials are systematically undermining the right to vote. Following the implementation of a strict voter ID law, Alabama recently announced the shuttering of 31 driver’s-license offices across the state. The closures will make it more difficult to obtain the identification required to vote and will disproportionately affect the state’s black population. Indeed, as The Birmingham News’s John Archibald wrote, “Every single county in which blacks make up more than 75 percent of registered voters will see their driver license office closed.”