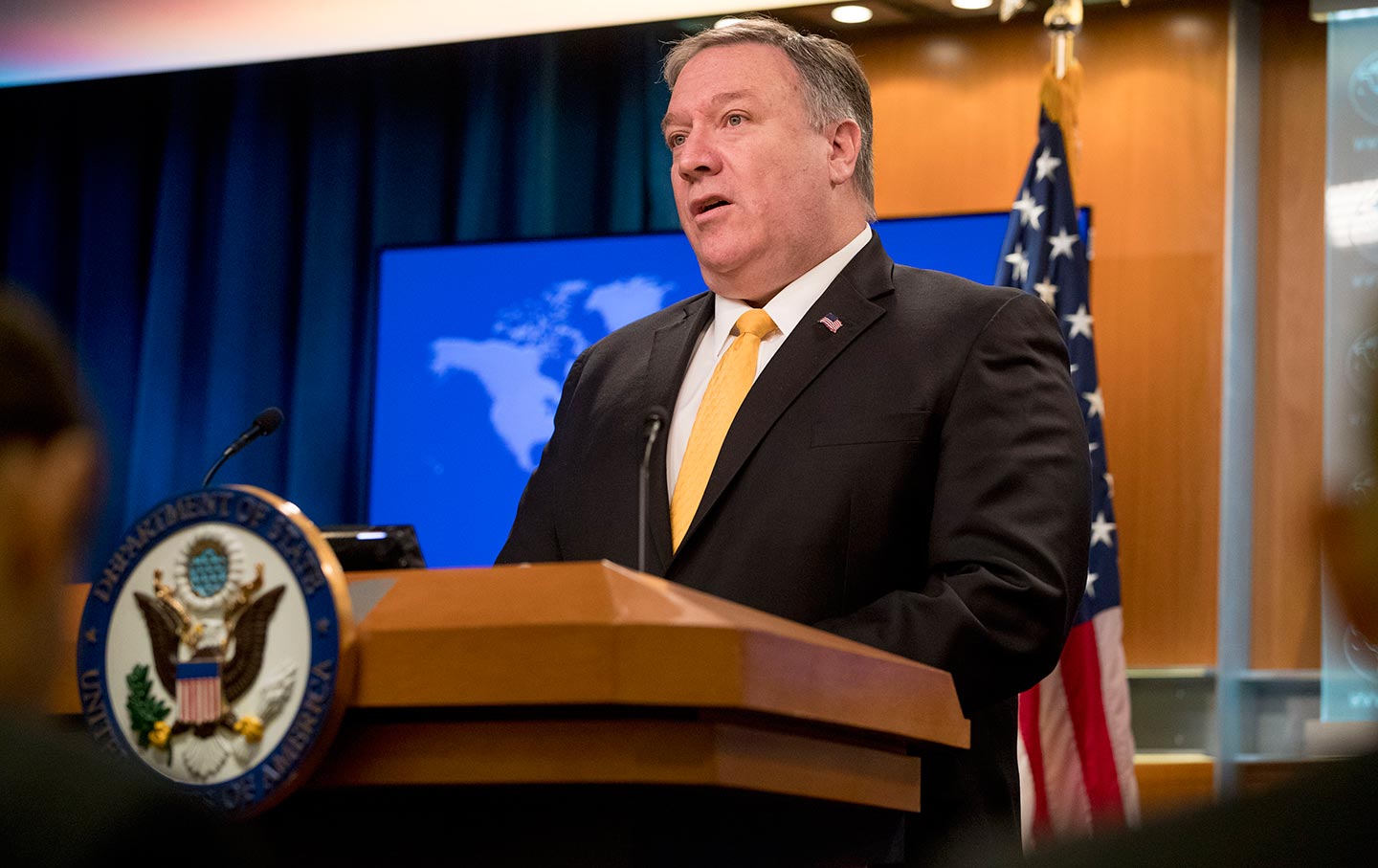 Secretary of State Mike Pompeo speaks at a news conference in Washington to announce that the US is pulling out of the INF treaty. (AP Photo / Andrew Harnik)

On February 2, 2019, President Trump notified Russia under Article XV of the 1987 Intermediate-Range Nuclear Forces Treaty (INF) of the United States’ intent to withdraw in six months. The president based his decision on the claim that Russia is building and deploying a new type of cruise missile known as the SSC-8 that violates the treaty and jeopardizes US national security. On the same day that President Trump announced his intention to withdraw, Russian President Vladimir Putin announced in a televised meeting that the Russian “response will be symmetrical”; he formally suspended Russia’s compliance on March 4.

The United States may be seeking to avoid scrutiny of our own possible noncompliance with the treaty. The Aegis ashore systems deployed in Romania and planned for Poland could be modified to have the ability to launch nuclear-tipped cruise missiles in excess of the range limitations set by the INF and could be armed with these missiles very quickly. The INF Treaty not only prohibits both sides from deploying such weapons, but also provides that neither side have the launchers that would allow such weapons to be put in place quickly.

My father, Paul Nitze, negotiated the treaty as one of a constellation of arms-control agreements that diminish the threat of nuclear war. Under the Constitution’s Treaty Clause, a two-thirds majority in the Senate was necessary to ratify the INF. As Alexander Hamilton explained in Federalist 75, a treaty has more of a legislative than an executive character, and the president alone should not be able to determine its fate.

My father was a clear-eyed and tough negotiator who insisted on strong and comprehensive verification measures in the INF and other arms-control treaties. He would have insisted that both parties comply with the letter and the intent of the treaty. He would never have said that it is acceptable for one party to violate the treaty while the other was held accountable. He understood that a treaty would not serve its intended purpose and could not survive unless the parties continued to believe that its provisions were both fair and enforceable and served their mutual interests.

Even during the most hostile phases of the US- Russia relationship, leaders in both countries worked to identify areas where they could cooperate in pursuing common interests. Russia and the United States cooperated not only on arms control but also on space exploration, environmental protection, health, science, education, culture, sports, the Arctic, and other areas of concern. I personally worked on important projects to help Russia better manage its nuclear waste and obtain better control of weapons-grade nuclear material.

The foundation for this cooperation was mutual respect at the individual level and a willingness to look at the world from the other country’s historical perspective. It was my father, who laid out the containment strategy that helped bring down the Soviet Union in NSC 68, who taught me the most about the sacrifices that Russia made during the Great Patriotic War and Russia’s historical vision of itself as the Third Rome.

The Senate must respond to President Trump’s recklessness by asserting its powers under Article 2 of the Constitution. The most persuasive interpretation of the Treaty Clause requires a two-thirds majority of the Senate to withdraw from the INF, just as it required a two-thirds majority for the treaty to enter into force. The word “party” in Article XV of the treaty refers to the United States as a constitutional republic, not to the president alone (the US Supreme Court has not yet defined the word “party” in this context, but the above interpretation is the only one consistent with the separation of powers).

The Senate should hold hearings on whether the SSC-8 or the Aegis system as currently deployed violate the INF and, if so, how the parties could modify those systems and the treaty itself to achieve its underlying arms-control objectives. In the meantime, it should pass a resolution opposing withdrawal under Article XV. The Senate should also, with the concurrence of the House of Representatives, prohibit President Trump from expending any moneys of the United States contrary to the provisions of the INF.

Arms control treaties are too important to be left to the president alone.