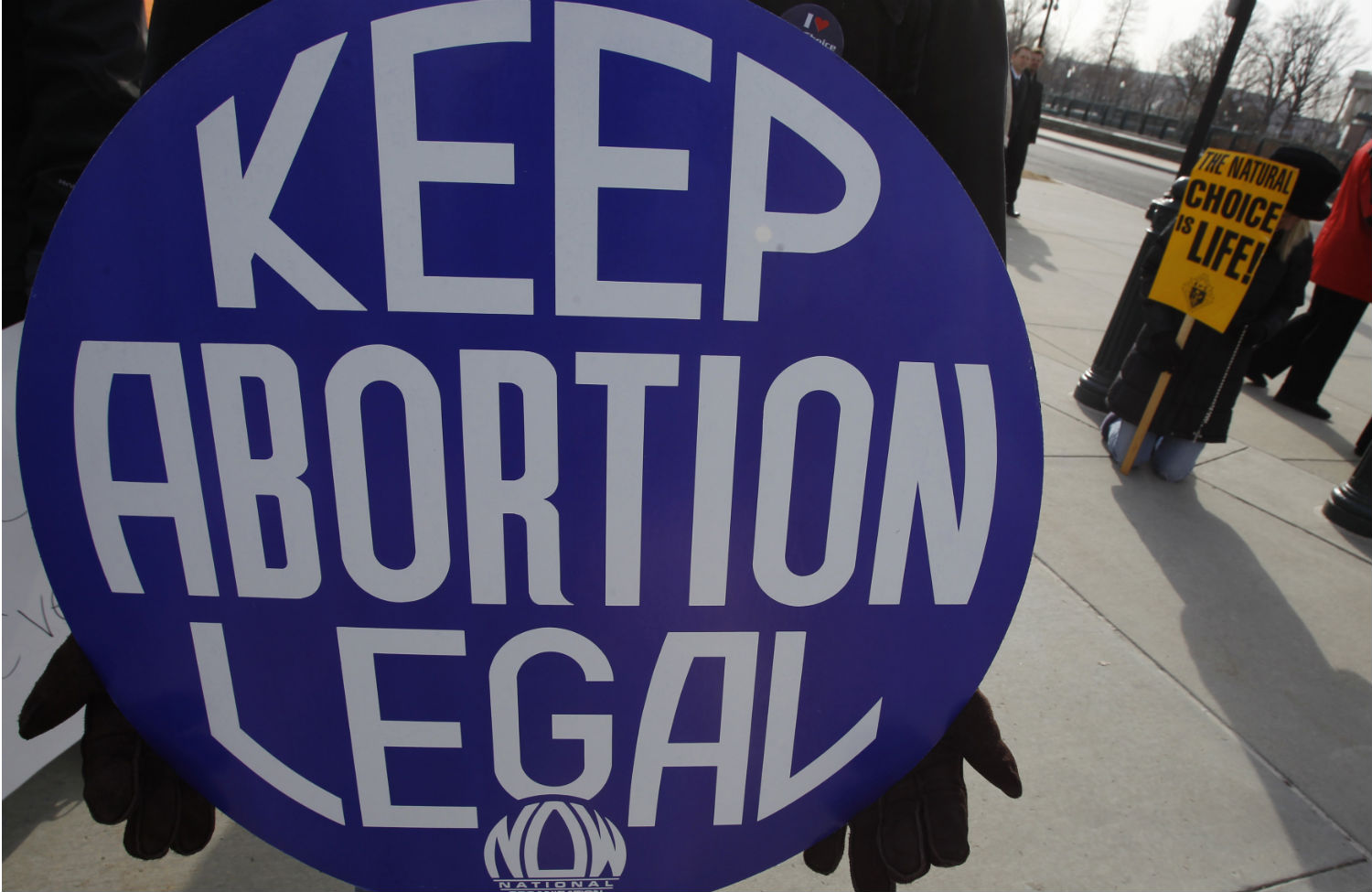 The main source of suspense about tomorrow’s midterms is how bad they’re going to be. Republicans are very likely to take over the Senate. (As of this writing, Nate Silver gives them a 72.3 percent chance.) In the House, the only real uncertainty is whether the GOP is going to increase its majority by a little or a lot. One intriguing question that remains open, however, is what tomorrow’s results will mean for the politics of reproductive rights.

The 2012 election marked a huge shift in the way abortion and birth control figure in our politics. For years before then, Republicans had used women’s healthcare as a wedge against squeamish Democrats, championing issues like the so-called “partial-birth” abortion ban and parental consent that were designed to make pro-choice politicians appear out of the mainstream. But in 2012, things changed dramatically. The Republicans, captured by their fanatical base, displayed their own extremism on issues from birth control to pregnancy resulting from rape, while the Democrats learned to exploit their majority among women. Suddenly Democrats weren’t just quietly supporting reproductive rights—they were celebrating them, forcefully and loudly, convinced that doing so was good politics.

This election will help determine whether that transformation is permanent. For pro-choice forces, the terrain is trickier this time around, because many Republicans, chastened by 2012, are deliberately obfuscating their records. In Colorado, Republican Senate Candidate Cory Gardner has backed away from his earlier support for a personhood amendment. Wisconsin Governor Scott Walker is running an ad claiming that anti-abortion legislation he’s supported “leaves the final decision to a woman and her doctor…. our priority is to protect the health and safety of all Wisconsin citizens.” There hasn’t been a Todd Akin moment in this cycle to crystallize the right’s anti-abortion absolutism.

Nevertheless, Democrats and their allies are still hoping that talking about the Republican war on women will help them. There are two Senate races in particular where both pro-choice and anti-abortion forces are invested heavily—North Carolina, the most expensive Senate race in the country, and Iowa. As speaker of the North Carolina house, Republican candidate Thom Tillis helped lead a sweeping attack on reproductive rights. Iowa Senate Candidate Joni Ernst, meanwhile, has never renounced her support for personhood legislation, though she has tried to disguise the implications of it. Both races are at least in part referendums on the political costs of anti-abortion extremism.

In both North Carolina and Iowa, Democrats and pro-choice groups are hammering the Republican candidates on women’s health. NARAL is running ads tying the Republican Senate aspirants to the anti-abortion Susan B. Anthony List, which it describes as “a radical right-wing political action committee” that “opposes abortion even in cases of rape and incest” and is “against contraception.”

The Susan B. Anthony List, meanwhile, is hoping to prove that opposition to abortion can help candidates more than it hurts them. A recent New Yorker profile of SBA List president Marjorie Dannenfelser says, “[H]er ongoing project is to convince candidates that pro-life messages resonate—to make sure, in other words, that, once these candidates are elected, they feel that they can’t afford to forget about people like her.” The group is working hard to defeat North Carolina’s Democratic Senator Kay Hagan, supporting Tillis through a Super PAC called “Women Speak Out.” Dannenfelser’s goal, writes The New Yorker’s Kalefa Sanneh, “is to inspire pro-life voters without driving away everyone else, so, instead of dwelling on Tillis’s record, the S.B.A. List is trying to portray Hagan as a pro-choice radical.”

If both Tillis, who is running slightly behind, and Ernst, who is ahead, win, it will feed the idea that Democrats overplayed their hand on abortion and birth control. As The New York Times reported on Friday, “Democrats are nervously counting on an enduring edge among female voters in most states to prevent a Republican rout in Tuesday’s elections. Yet so great is the uncertainty that even before the returns are in, some are second-guessing the party’s strategy of focusing more on issues like abortion and birth control than on jobs and the economy.”

But if Democrats prevail in North Carolina and Iowa, it will be a serious blow for the political clout of the anti-abortion movement. Even a victory in North Carolina alone could have important implications for choice. Dannenfelser, writes Sanneh, “knows that her organization might be blamed if Tillis loses.” Let’s hope so.