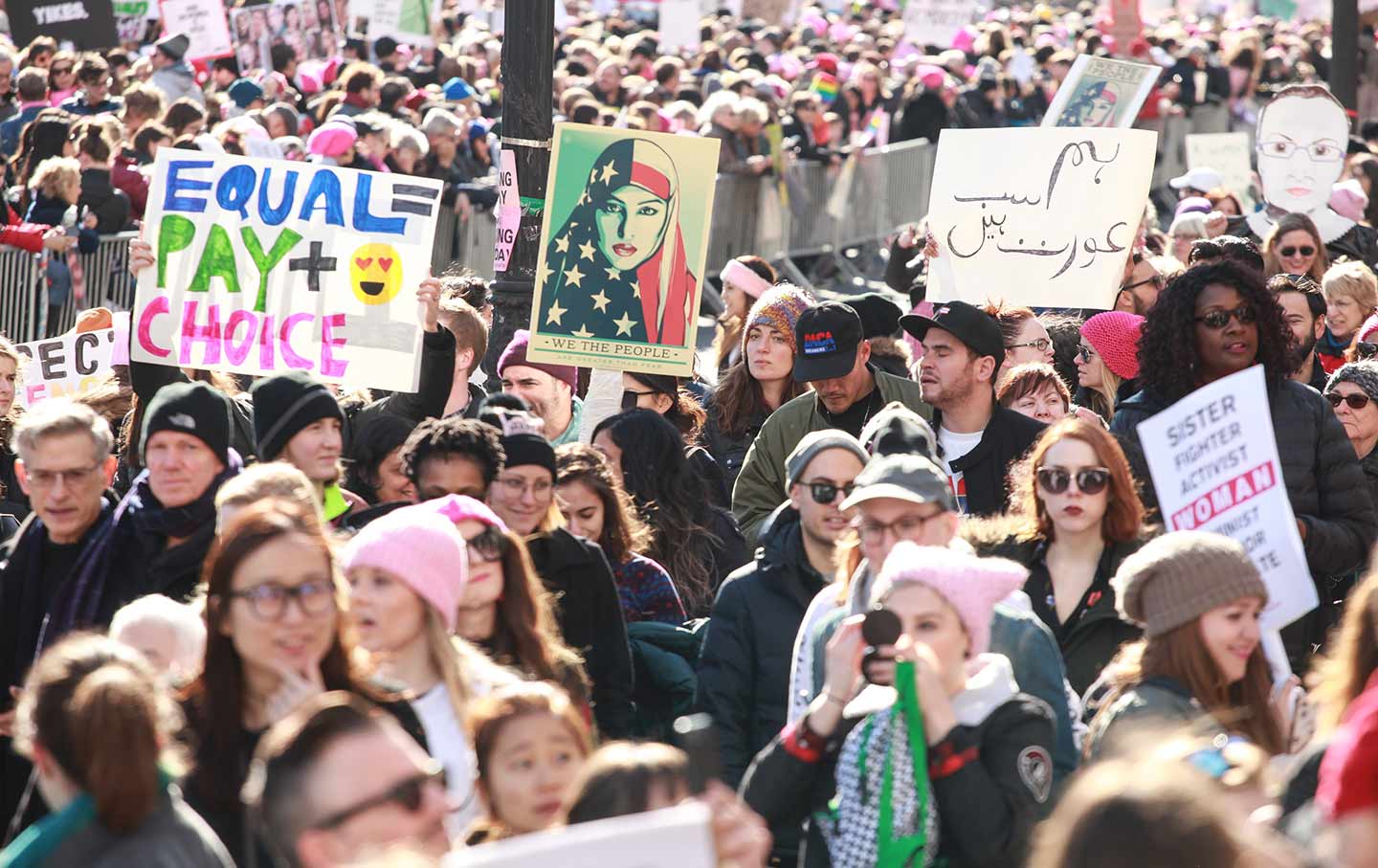 Donald Trump created such mayhem during the days surrounding the anniversary of his “American carnage” inauguration that he had to cancel plans to hightail it out of Washington and celebrate in the friendlier confines of his Mar-a-Lago resort. His vile, racist disparagement of Haiti, El Salvador, and the nations of Africa as “shithole countries” elicited an international outcry, leading to calls by the Congressional Black Caucus and the majority of House Democrats for a formal censure. Despite all the president’s boasting about the “art of the deal,” that outburst was just one of several incoherent interventions that derailed negotiations over an immigration agreement that could have secured the passage of a spending bill. Cue government shutdown. Trump, of course, tried to blame Democrats for the impasse—even though Republicans control the House, the Senate, and the White House. Unfortunately, Democrats lacked the numbers, the unity, and, frankly, the political courage to take advantage of this Trump-induced chaos. By Monday, most of them voted to end the shutdown, without securing protections for recipients of the Deferred Action for Childhood Arrivals program—to the deep frustration of grassroots activists. A broken status quo had prevailed, and the same media outlets that provided Trump with wall-to-wall coverage during the 2016 campaign went back to waiting for the “can’t-miss drama” of the president’s next tweet.

But for all the tumult over the shutdown, a more significant story was taking place far from the Beltway—in communities where the resistance has been gaining strength and focus before a midterm election that could hold the president and his allies to account. Case in point: Wisconsin. While Trump lost the popular vote by 2.9 million nationwide, narrow wins in Wisconsin, Pennsylvania, and Michigan gave him the Electoral College. Trump’s Wisconsin win was powered by votes from the western and northern regions of the state—places like the 10th State Senate District, which has historically elected Republicans and where Trump ran 17 points ahead of Hillary Clinton. But in a special election on January 16, medical examiner and small-town school-board member Patty Schachtner swept to victory in a result that saw a 37 percent swing to the Democrats. In 2016, the outgoing Republican had won the gerrymandered district by 26 points; Schachtner prevailed by 11. “President Donald Trump—along with Speaker Paul Ryan and Gov. Scott Walker who support and prop him up—are toxically unpopular and divisive,” the state Democratic Party declared in a press release.

This reaction to Trumpism isn’t limited to Wisconsin. Noting that Schachtner was the 34th Democrat to flip a Republican state legislative seat since Trump took office, statehouse-watcher Carolyn Fiddler observed: “Democrats are still winning Republican seats! Even when Republicans run in ‘safe’ and extremely gerrymandered districts and spend boatloads more money than the Democrat!” 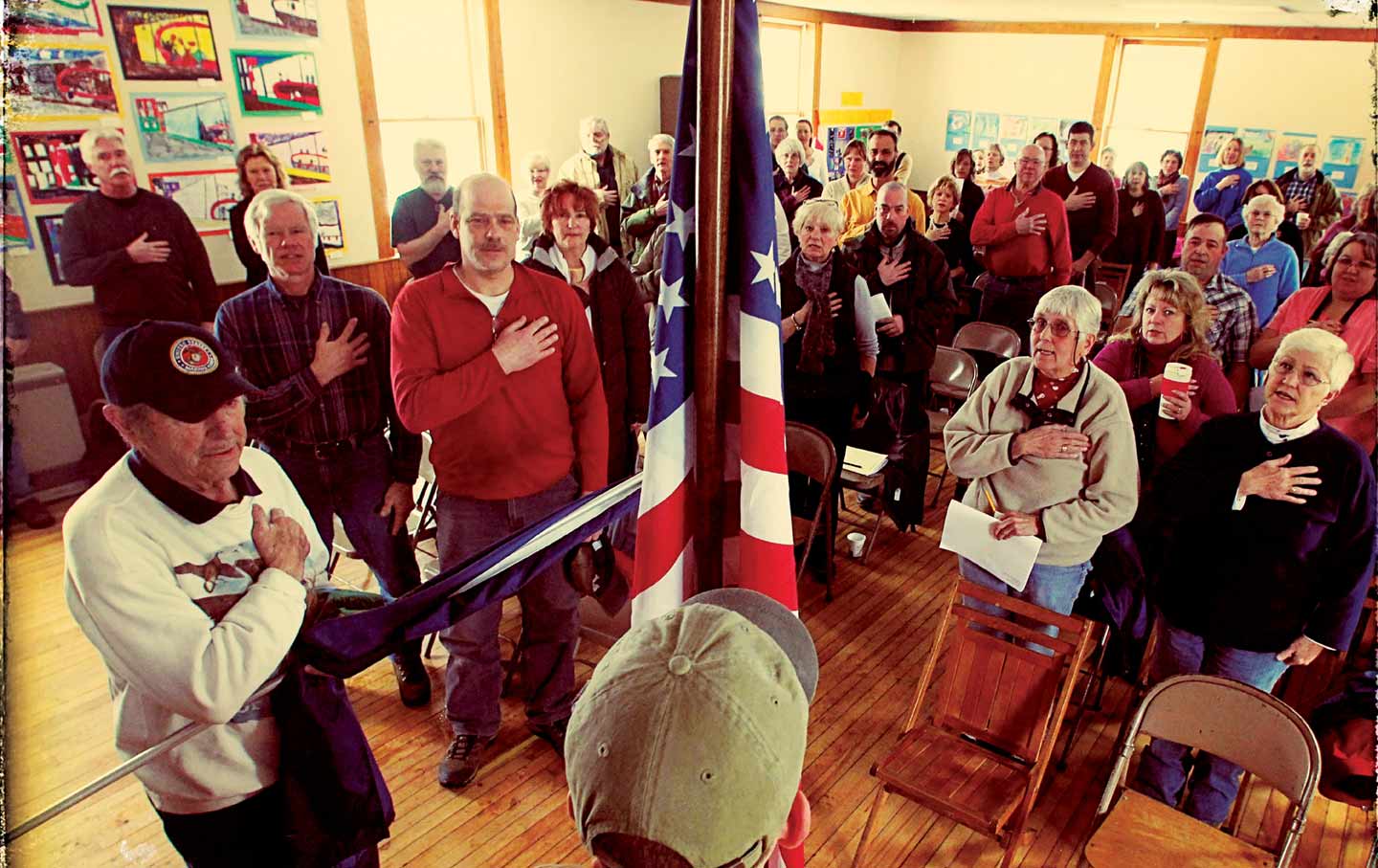 The Resistance to Trump Will Be Local

More often than not, these Democratic winners have been women (22 of 34). This made the Wisconsin win a perfect setup for the massive Women’s Marches across the country, which filled the streets with millions of Americans— 600,000 in Los Angeles, 300,000 in Chicago, 200,000 in New York, 50,000 in Denver—who channeled the anger and frustration of 2017 into a mighty cry for change. The marches highlighted #MeToo activism and the “Time’s Up” initiative to combat sexual harassment, along with a new “Power to the Polls” message. Echoing the “Don’t Just March, Run” calls by groups like Emily’s List—which counts more than 26,000 women planning to seek federal, state, or local office—many of this year’s marchers were candidates themselves. Trump isn’t on the ballot in 2018, but the women who have been his most ardent and effective critics will be. As former Maine state legislator Diane Russell, who is mounting a progressive bid for her state’s governorship, announced: “We march—to elected office.”