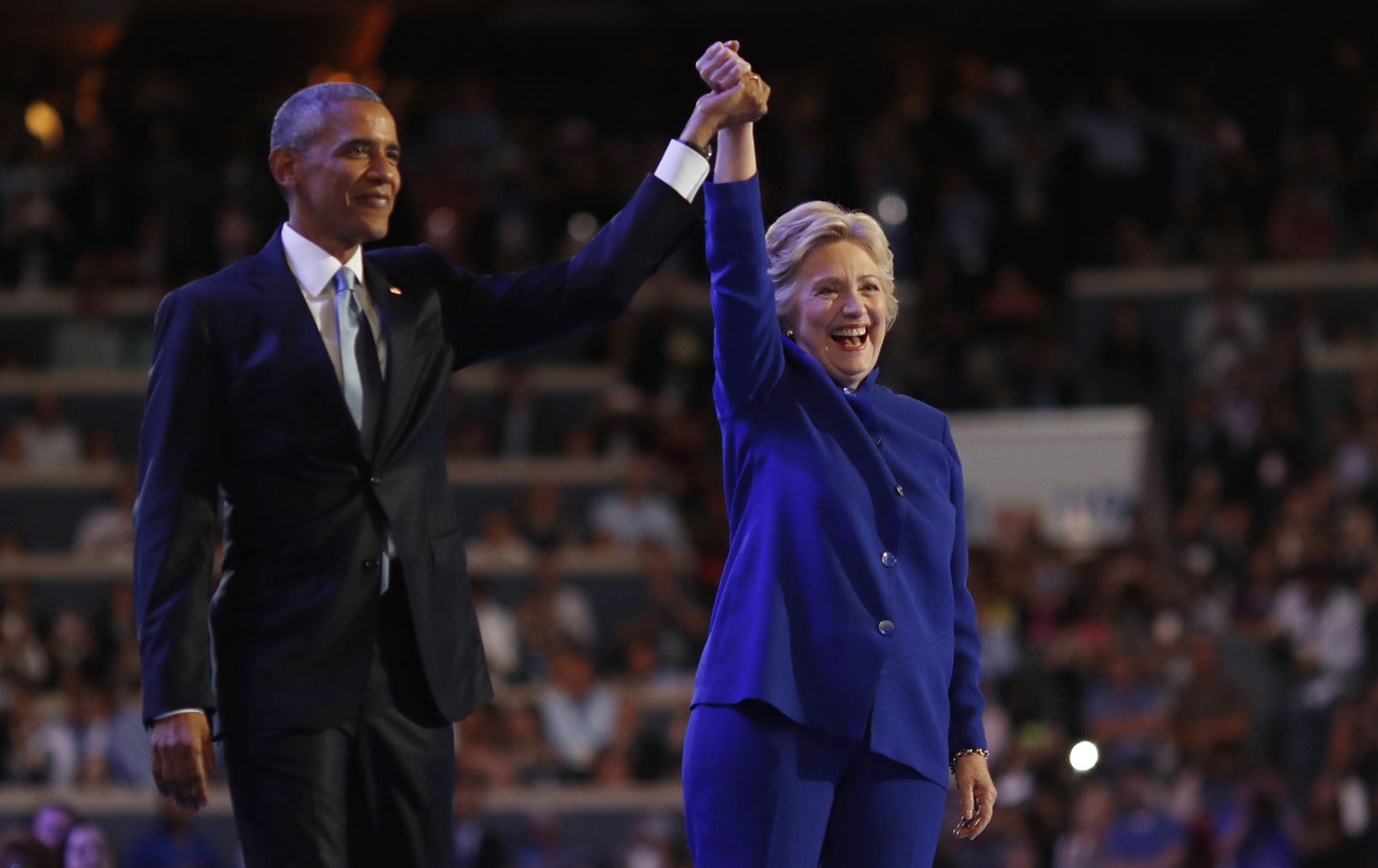 On November 5, 1872, Susan B. Anthony was arrested after voting for President Ulysses Grant and the Republican ticket in Rochester, New York. Her crime: voting as a woman. “You have trampled under foot every vital principle of our government,” Anthony said at her trial. “My natural rights, my civil rights, my political rights, my judicial rights, are all alike ignored.” That same year, Victoria Woodhull became the first woman to run for president of the United States, as the nominee of the Equal Rights Party.

In 1878, Senator Aaron Sargent of California, a friend of Anthony’s, introduced a constitutional amendment giving women the right to vote. The 19th Amendment, granting women’s suffrage, would be ratified 42 years later, on August 18, 1920. Historian Alex Keyssar, author of The Right to Vote, called it “the largest movement for voting rights in the nation’s history.”

When Hillary Clinton became the first woman presidential nominee of a major party this week—nominated in part by a 102-year-old woman who was born six years before the 19th Amendment was ratified—the moment might have felt inevitable, even anticlimactic to some; but we should stop and recognize how significant is it. Keyssar quotes this passage from Women Suffrage and Politics, by Carrie Chapman Catt and Nettie Shuler, describing how much organizing went into passing the 19th Amendment since 1868:

But it’s also important to remember that women’s rights and civil rights have not always gone hand in hand. In order to win Southern segregationist support for women’s suffrage, activists like Susan B. Anthony refused to back voting rights for African Americans and endorsed discriminatory literacy tests. At the same time, black abolitionists like Frederick Douglas opposed including women in the 15th Amendment, arguing that the situation was so dire for black men, they needed rights immediately. Two marginalized groups that should have been working together were instead at odds. “When Congress took up the Fifteenth Amendment, enfranchising black men, Stanton, Anthony, and other mothers of American feminism actively opposed it,” writes Nancy Cohen in Breakthrough: The Making of America’s First Woman President.

The 19th Amendment technically gave all women the right to vote, but women of color couldn’t exercise that right in many places until the passage of the Voting Rights Act in 1965. That’s why it was moving to see Congressman John Lewis, who nearly died marching to pass the Voting Rights Act in Selma, Alabama, deliver a nominating speech for Clinton at the Democratic Convention. “Eight years ago, our party nominated and elected the first person of color to ever serve in the White House, not just for one, but two terms,” Lewis said. “Tonight we will shatter that glass ceiling again. We’re the party of tomorrow, and we will build a true democracy in America.”

The civil-rights movement enfranchised millions of new black voters, which made Clinton’s nomination possible. Today black women in particular are the strongest base of the Democratic Party, as my colleague Joan Walsh has written, and Clinton is strongly supporting issues of concern like reducing gun violence, reforming the criminal-justice system, and restoring the Voting Rights Act.

Clinton owes her nomination not just to white suffragists like Susan B. Anthony but also to civil-rights icons like Lewis, Fannie Lou Hamer, and Barbara Jordan. Jordan was the first black woman elected to Congress from the Deep South and in 1976 became the first woman and the first African-American politician to deliver the keynote address at the Democratic convention. “There is something different about tonight. There is something special about tonight. What is different? What is special? I, Barbara Jordan, am a keynote speaker,” she said, to loud cheers.

Barack Obama’s keynote speech in 2004, which put him on the map, came 28 years after Jordan’s. On Wednesday night, the first black president made a powerful case for electing the first woman president. History followed by history.