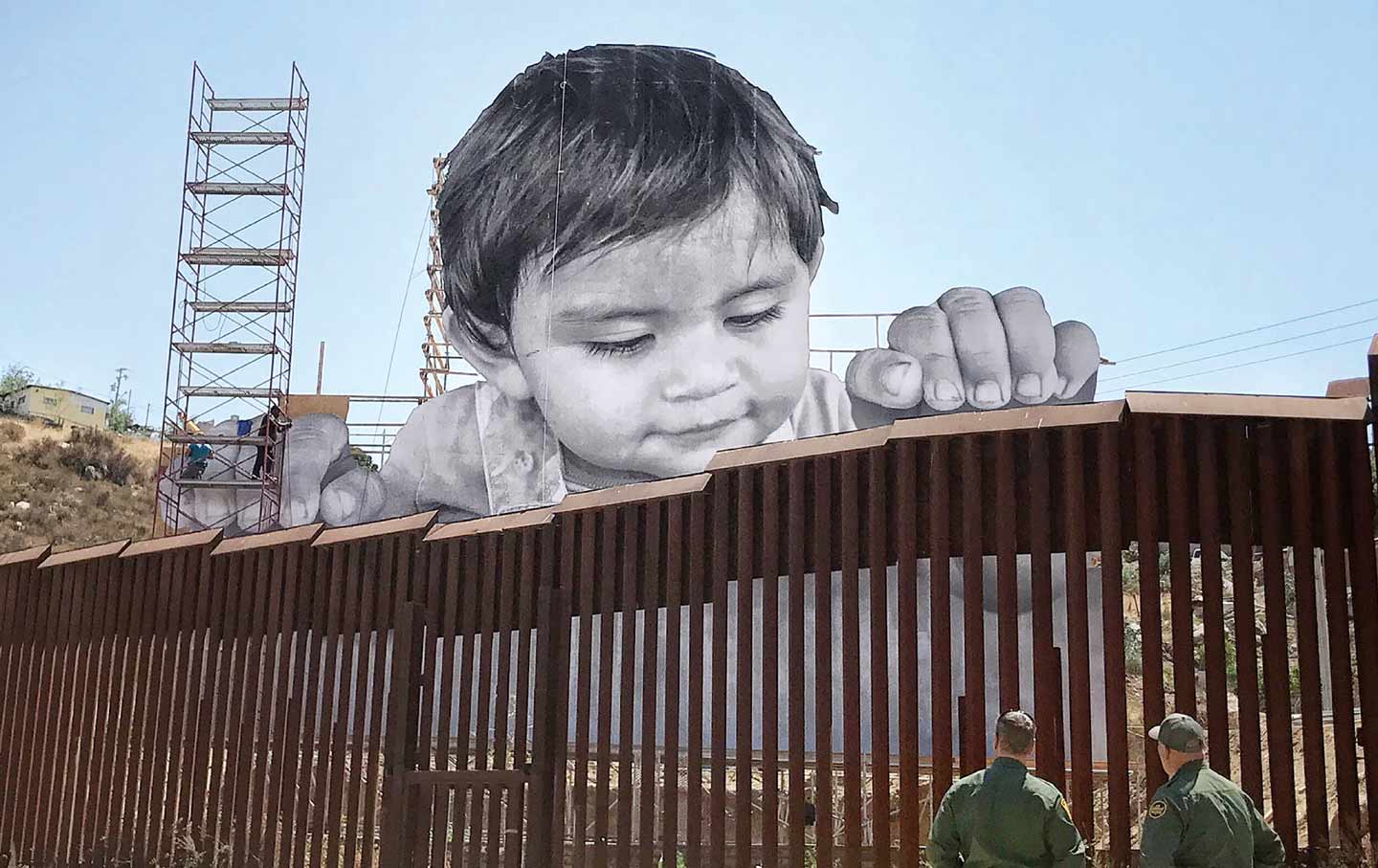 French artist JR’s 2017 installation on the Mexican side of the border wall near Tecate, which uses a photo of a toddler he met named Kikito. (Courtesy of JR)

Last Friday a federal court in California blocked President Trump from appropriating money for the construction of his border wall. The judge who authored the decision wrote that Trump’s move oversteps his constitutional powers by denying Congress the ability to control federal funds.

This decision is a major victory, but Trump’s horrific immigration policy goes far beyond the physical wall. This week’s Take Action Now gives you three new ways to protect the rights of migrants and undocumented people.

On June 30, dozens of 287(g) contracts, or deportation agreements between local police forces and ICE, will expire. United We Dream is staging local campaigns to push sheriffs and local police departments not to renew their 287(g) agreements. Find a campaign near you and sign that campaign’s petition.

Immigration detention can be terrifying. Even if you don’t have the expertise to help a detained immigrant navigate their legal proceedings, you can still support them by sending letters of encouragement and solidarity. Sign up for Lutheran Immigrant and Refugee Services’s pen-pal program and send your first letter to an individual or family in detention.

Take some time this summer to make an impact where it counts the most—at the border. No More Deaths delivers water and supplies to immigrants traveling to the United States in the deadly heat; the group offers monthlong volunteer programs and canvassing opportunities. South Texas Human Rights Center also maintains water stations for migrants, and you can also volunteer with Al Otro Lado by helping out with case-work, translation, social work, and other tasks.