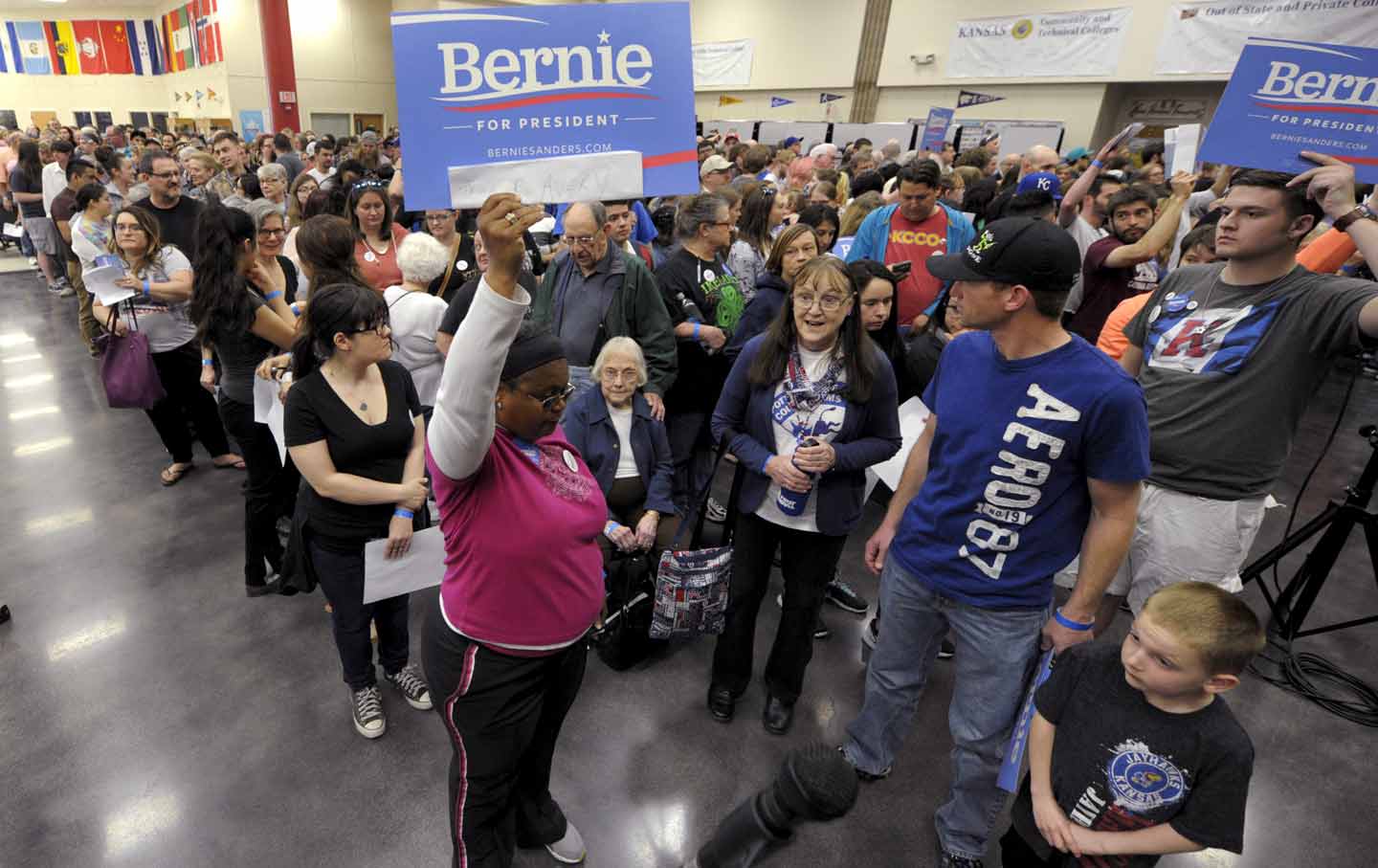 During the Kansas Democratic caucus, supporters of Senator Bernie Sanders lined up to be counted in Emporia on March 5. (Reuters / Dave Kaup)

While the political and media elites keep angling for an opening to declare that the race for the Democratic presidential nomination is finished—so they can concentrate on nothing other than their obsession with Donald Trump’s Republican circus—Bernie Sanders keeps complicating things.

The senator from Vermont, who began his race against Democratic front-runner Hillary Clinton with single-digit poll numbers, and a general assumption that a democratic socialist would never be a competitive candidate, has won eight state primaries and caucuses so far. He has finished within a whisker of Clinton in the first-caucus state of Iowa and in delegate-rich Massachusetts. And in Southern states where Clinton has posted big wins, Sanders has garnered enough support to secure scores of delegates.

In Maine, where Democrats lined up for hours to vote in packed caucuses, Sanders won 64 percent of the vote.

“[We] have now won by wide margins in states from New England to the Rocky Mountains and from the Midwest to the Great Plains,” Sanders declared on Sunday night.

Hillary Clinton remains the front-runner in this race. She has finished ahead in 11 state primaries and caucuses. She has won more pledged delegates than Sanders. And when her advantage among unpledged superdelegates is factored in, she’s far ahead in the race to this summer’s Democratic National Convention in Philadelphia.

But Sanders is making this a real race. He is not merely attracting large crowds to rallies, getting unprecedented numbers of small donors to write checks, and battering billionaires. He is winning by wide margins in unexpected states such as Kansas (where the senator took 67 percent of the vote on Saturday) and Nebraska (where he beat Clinton by almost 10 points on the same day).

Clinton had her own big win on Saturday: a 71–23 sweep of Louisiana that yielded her 37 delegates, to just 14 for her persistent challenger.

But Sunday belonged to Sanders. In Maine, where Democrats lined up for hours to vote in packed caucuses, it was Sanders who won 64 percent, to 36 for Clinton. There are plenty of primaries and caucuses to come. Clinton will score wins, as will Sanders. It’s a real race, and it won’t be finished for a good long while.

“The pundits might not like it,” Sanders explained on Sunday night, “but the people are making history.”