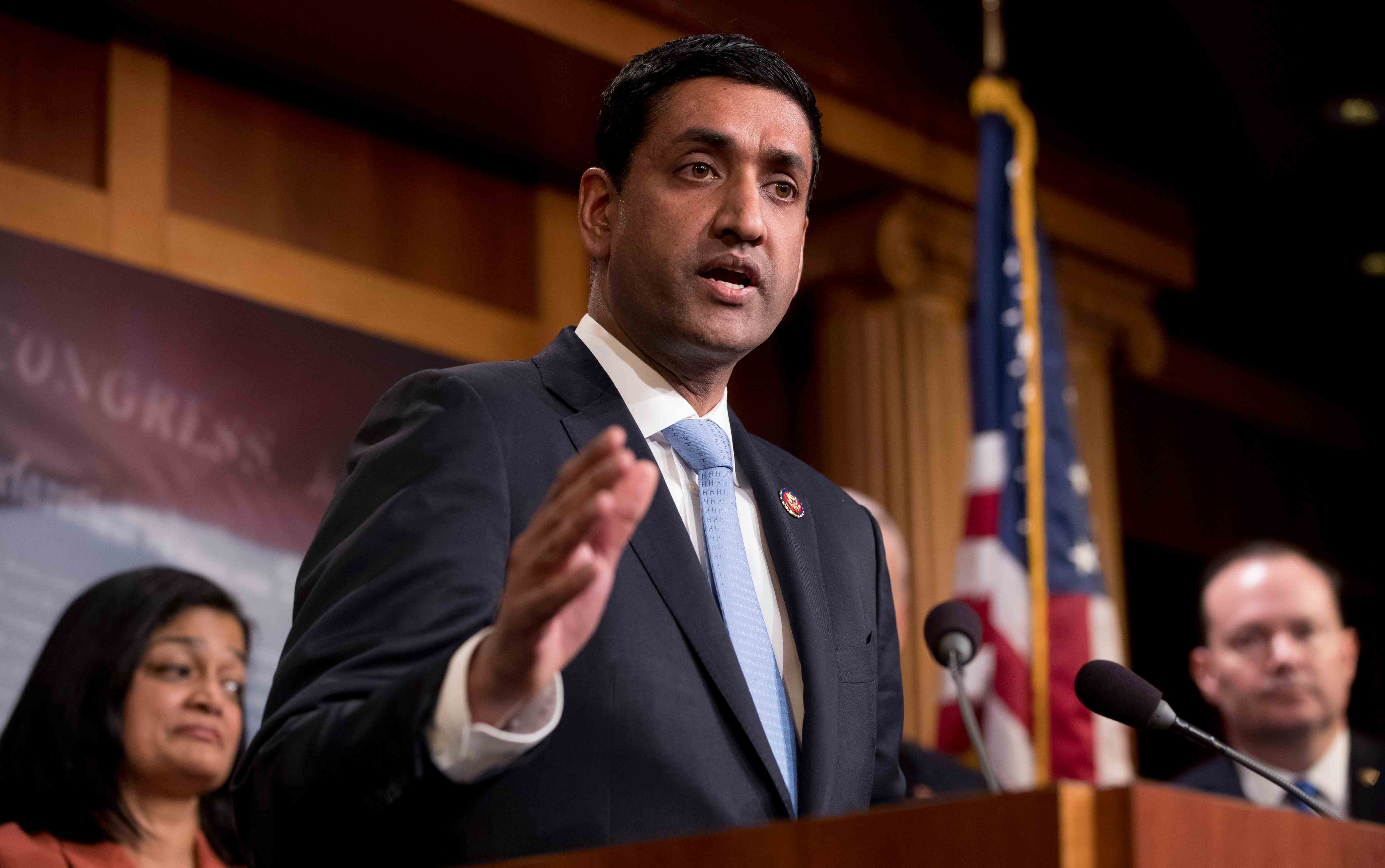 Representative Ro Khanna speaks at a news conference in Washington, January 30, 2019, on a reintroduction of a resolution to end US support for the Saudi-led war in Yemen. (AP / Andrew Harnik)

Although presidential campaigns generally home in on kitchen table concerns, 2020 is likely to feature a long-overdue debate on US foreign and national security strategy. The failures of the national security establishment—endless wars without victory, the global financial collapse, neglect of emerging existential threats such as catastrophic climate change—make a reassessment inevitable. Now progressives in Congress and on the campaign trail are beginning to define a new realism that contrasts sharply with both the keepers of old orthodoxy and President Trump’s posturing.

Trump’s fulminations against failed military interventions, perverse trade policies, and growing tensions with Russia surely helped him in the 2016 campaign. But “America First” turned out to be a bumper sticker, not a strategy. Knee-jerk opposition to all things Barack Obama—torpedoing US involvement in the Paris climate accord, the Iranian nuclear agreement and the opening to Cuba—isn’t a recipe for making America great again. “Great nations do not fight endless wars,” Trump noted in his recent State of the Union address, but thus far he remains engaged in a fight to pull troops out of Afghanistan and Syria, while doubling down in Yemen and inflating Iran to an existential threat. Launching trade conflicts while giving multinational companies new tax incentives to ship jobs abroad has also generated more noise than change.

The new progressive challenge begins with a call for restraint, starting with terminating wars without end. A first foray—led by Representative Ro Khanna in the House and Senators Christopher Murphy (D-CN) and Bernie Sanders (I-VT) in the Senate—invokes congressional war powers to end US involvement in the gruesome assault on Yemen by Saudi Arabia and the United Arab Emirates. (This has even received bipartisan support from conservatives such as Senator Mike Lee, Republican of Utah.) Khanna is also leading a broader debate among progressives sponsoring, along with the Congressional Progressive Caucus, a forum this week. (Disclosure: I will be participating.)