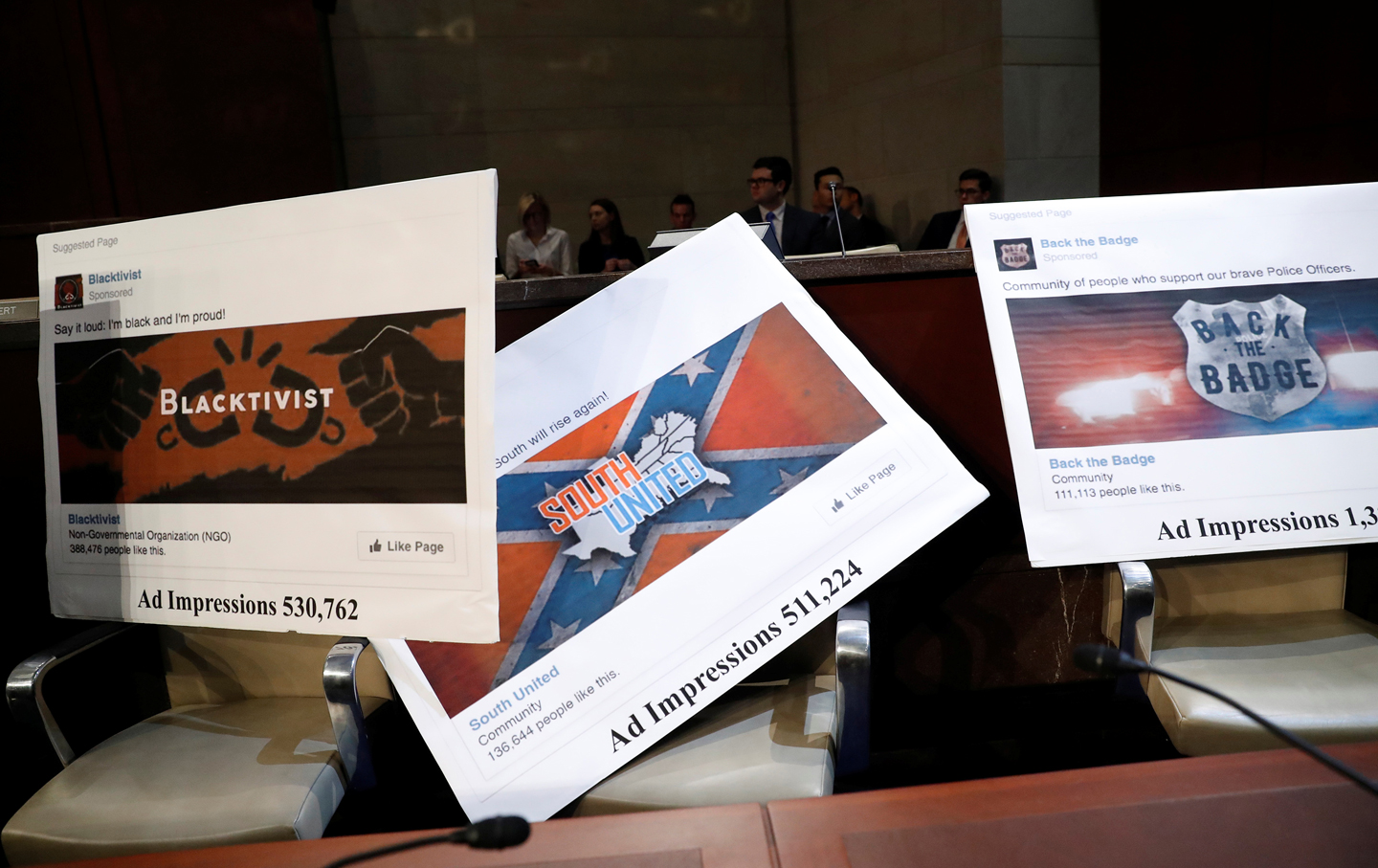 Make no mistake: Efforts by trolls to derail activists, whether originating in Russia or domestically, should be exposed. But there’s a problem with how the media are framing the issue. There is a hyperfocus on black activism, even though alleged Russian social-media “interference” involved issues across the ideological spectrum, such as immigration and gun rights. Whether discussing self-defense classes or random Youtube channels with small followings, these stories fail to address the larger issues of the troll economy and the use of sock-puppet accounts in politics as a whole. And there has arguably been more coverage of Russia’s alleged attempt to inflame protests than of ongoing ones today, as in St. Louis after the Jason Stockley verdict.

Framing black activism as “divisive” treats the alt-right and white nationalists as if they are on equal footing with those struggling for racial justice. The underlying presumption is that addressing systemic issues of equity and human rights is the problem, and not the denial of rights itself. Last month, Marcus Ferrell, the deputy campaign manager for Georgia gubernatorial candidate Stacey Abrams, left the campaign after he was outed by the Atlanta Journal Constitution for the crime of being interviewed on By Any Means Necessary, a program on the Russian-backed network Sputnik News. The article ultimately notes that there was nothing controversial about Ferrell’s interview.

“From abolitionists’ being promoted by England to civil rights by the Soviets, there have been consistent efforts to question the legitimacy of the Black Liberation Movement,” Eugene Puryear, the host of By Any Means Necessary, tells me. “Yes, at times other nations point to racism to expose US hypocrisy. At the end of the day though, the problem is racism and capitalism. People who have a problem with race being ‘divisive’ in the US should work to solve the root problems. Not try to smear movements.”

History is repeating itself. The country has returned to a time where outspoken black people are targeted for speaking truth and building power. The potential for silencing (if not outright demonizing) black activists and organizers becomes greater each day these narratives go unchallenged. At this time in our history, the struggles and work of black people cannot be reduced to alleged Russian “interference” or “propaganda.”

Updated on 11/3/17: Since publication, the author received some information that cast doubt as to why Charlie Peach was banned from Twitter. The story had previously indicated it was because she was mistaken for a Russian bot. That example has been removed.