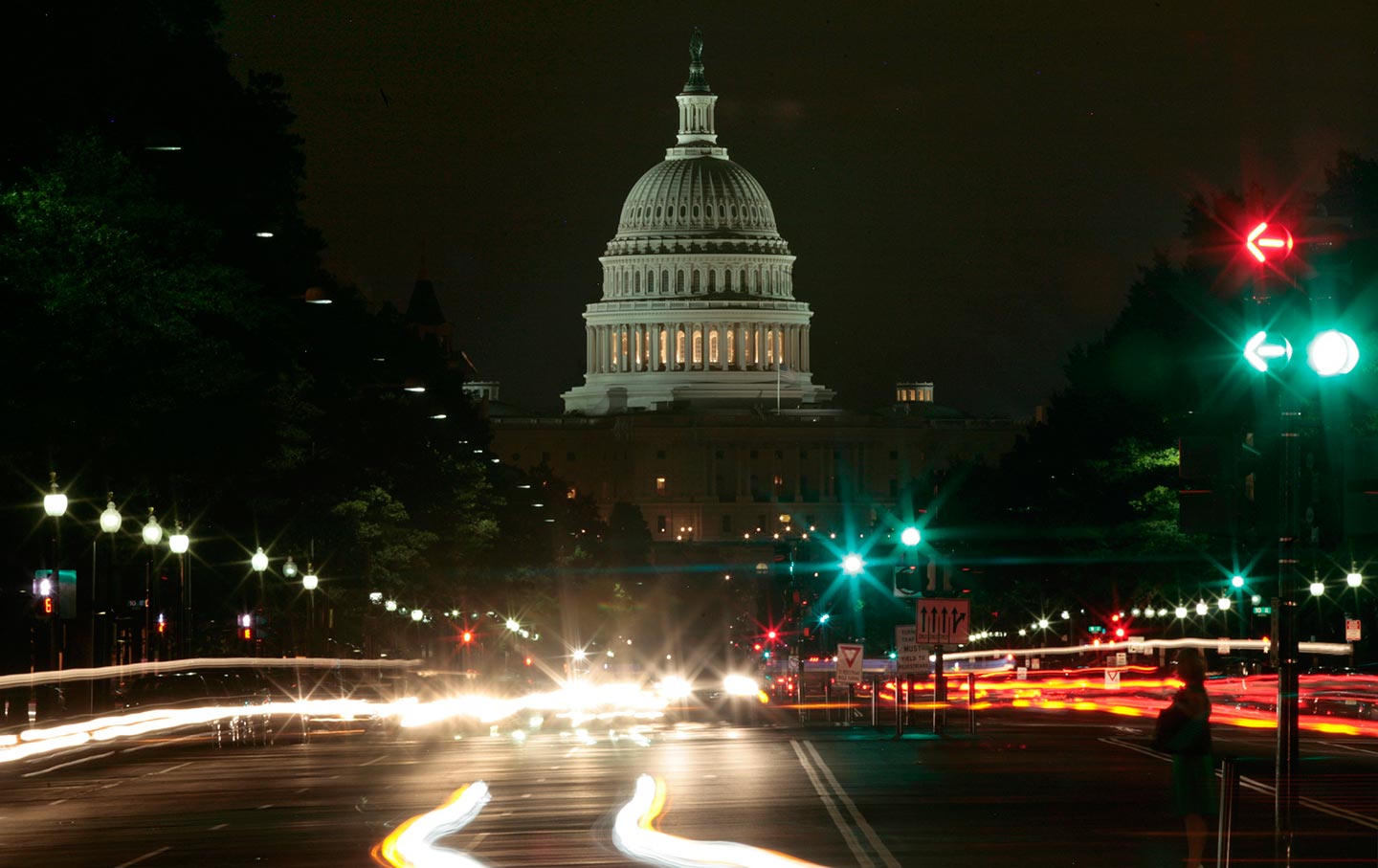 Traffic moves down Pennsylvania Avenue with the US Capitol building in the background. (Reuters / Molly Riley)

Amid the cacophony of Donald Trump’s chaos presidency, an alternative movement is building. Alexandria Ocasio-Cortez’s stunning primary victory over Representative Joseph Crowley (D-NY) serves as one marker. Another is the progress Bernie Sanders and his allies have made in winning the battle of ideas within the party. A third is the turn of movements such as Black Lives Matter from protest to program and building power. Last week, the Congressional Progressive Caucus—co-chaired by Representatives Raúl M. Grijalva (D-AZ) and Mark Pocan (D-WI)—provided another, publishing the latest edition of “The People’s Budget: A Progressive Path Forward.”

Bolstered by economic analysis from the Economic Policy Institute, the budget provides a compelling alternative direction for this country and a stark contrast to the perverse values and priorities that now dominate our corrupted politics. Yet, in many ways, it is a centrist document, reflecting the common sense and basic priorities of the majority of Americans.

While Republican tax cuts larded most of the benefits on the wealthy and provided only weak stimulus to job growth, the CPC’s budget makes jobs the first priority. Even with top-line unemployment down to 4 percent, the percentage of prime-age workers (25–54) with jobs still has not returned to pre–Great Recession levels. That directly hurts wage growth. The People’s Budget argues that at a time when inequality has reached extreme levels and vital public investments are starved for funds, we should create good jobs by focusing on rebuilding infrastructure, one of the many promises President Trump made and abandoned. The CPC budget calls for $2 trillion over 10 years of public investment in clean water systems, public schools, roads and bridges, mass transit and many other critical domestic needs.