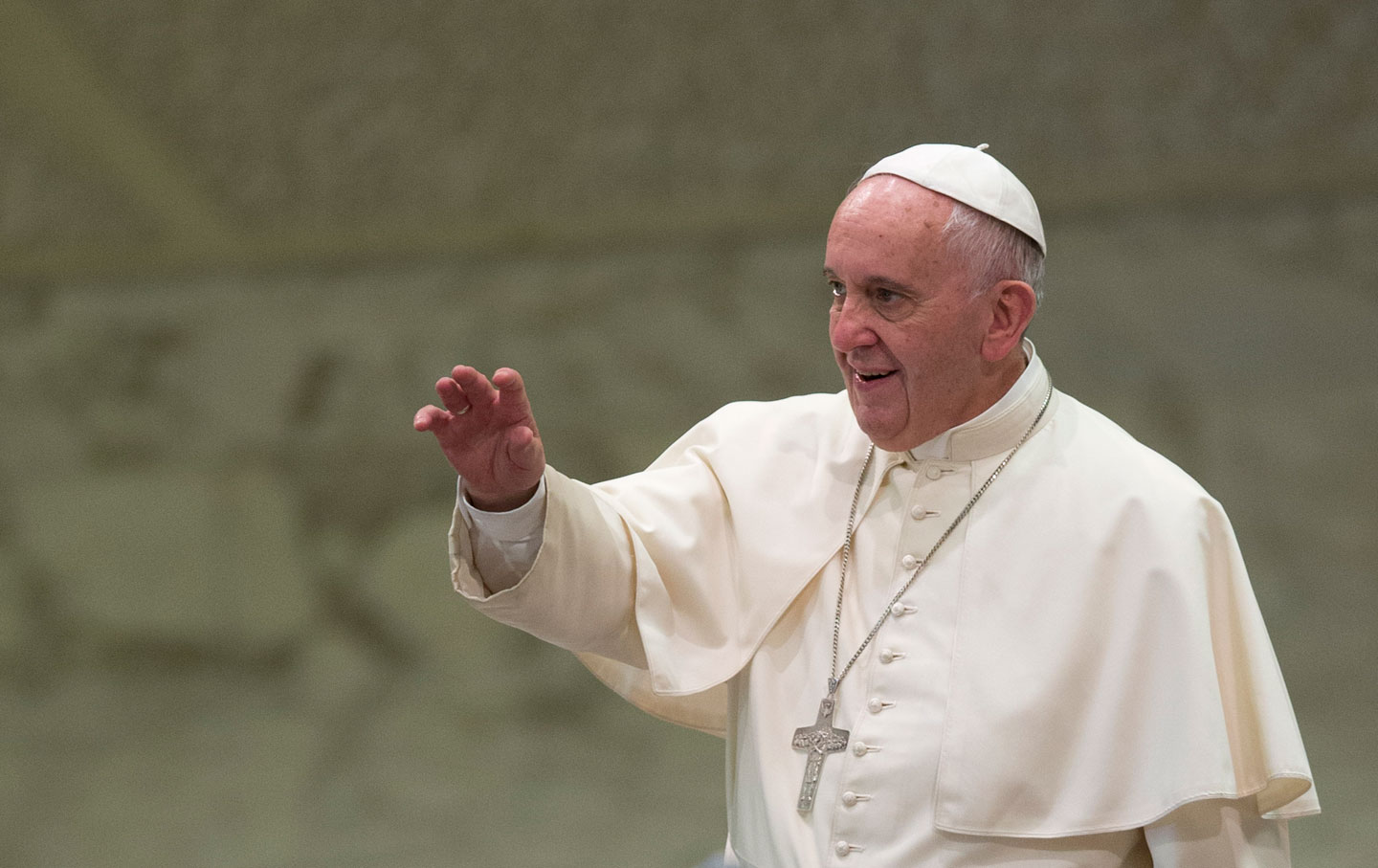 Pope Francis at the Vatican on August 12, 2015. (AP Photo/Andrew Medichini)

“Vertigo: a condition in which one has the feeling of whirling or of having the surroundings whirling about one, so that one tends to lose one’s balance; dizziness.” —Webster’s New World College Dictionary

Maybe the wave of vertigo washed over me the evening one of the cable channels ran the caption, “Awaiting Donald Trump’s National Security Address on the USS Iowa.” Or, perhaps my bout with vertigo this season has simply been caused by all the events I try to make sense of in my job as The Nation’s editor. Just think about what we are witnessing in these vertiginous days:

A pope visiting the United States for the first time who talks in radical terms about “an unfettered pursuit of money,” about a climate in crisis and a social debt owed to a global poor being ravaged by poverty and speculative capitalism. “This system is by now intolerable,” he said. “Farm workers find it intolerable, laborers find it intolerable, communities find it intolerable, peoples find it intolerable.… The earth itself—our sister, Mother Earth, as Saint Francis would say—also finds it intolerable.” Echoing the late Salvadoran Archbishop Oscar Romero (whose 1980 assassination at the hands of US-trained-and-supported right-wing death squads was recognized as a martyrdom by Francis in February), His Holiness describes the excesses of capitalism as the “dung of the devil” and calls for securing for all people the “sacred rights” of life, liberty and land.