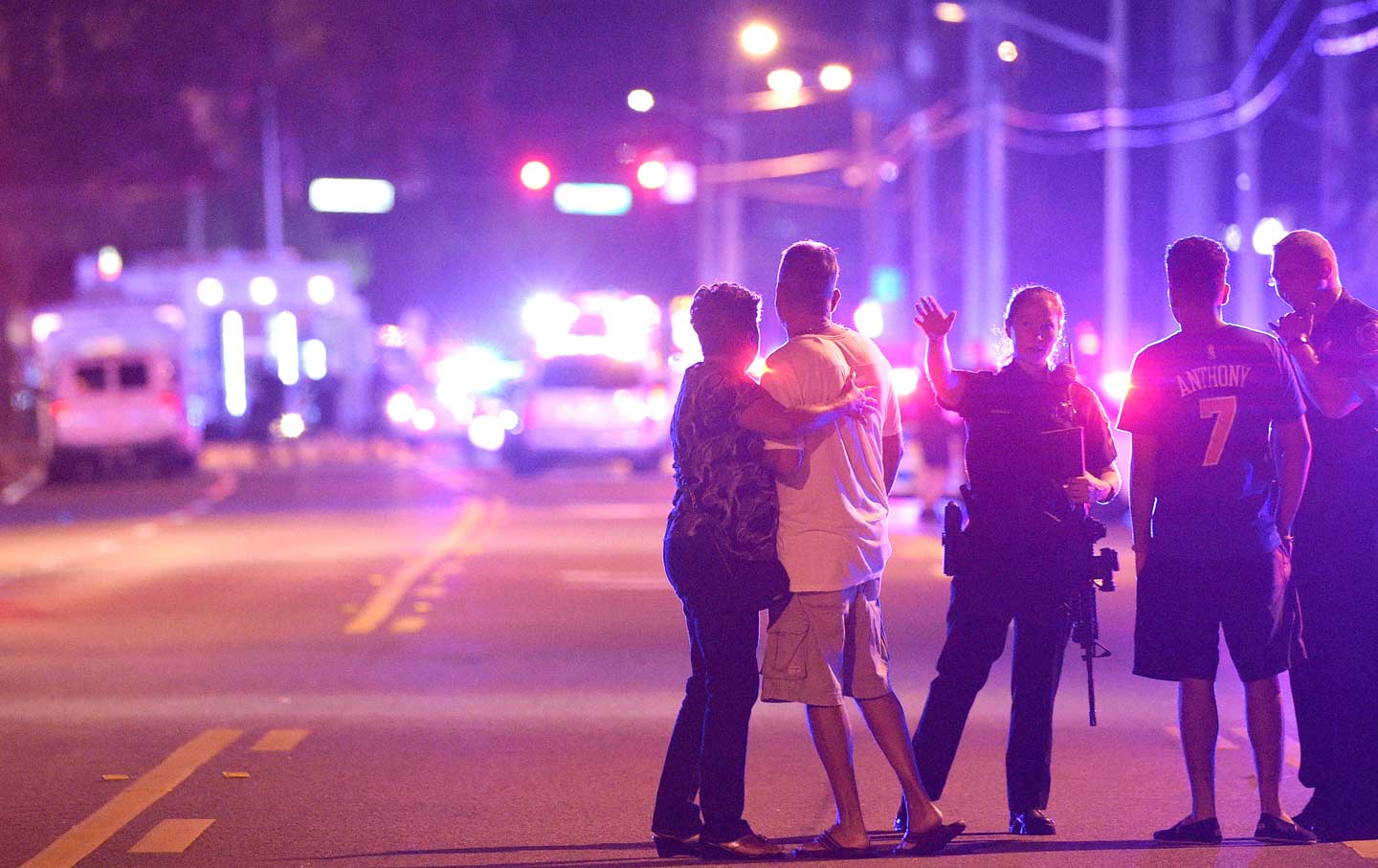 So much chatter, so little truth: At least 50 people, enjoying their Saturday night at an Orlando gay bar, died at the hand of a homophobic gunman armed with more guns and ammunition than any American civilian should be allowed to own, and 53 more were wounded. Omar Sidiqqi Mateen apparently associated himself with ISIS in a 911 call during the crime, and had been identified by law enforcement for possible ISIS sympathies. Far more important, in our American context, he associated himself with assault weapons and violent homophobia, which ended as it had before.

Should this factor into the 2016 presidential campaign? Well, President Obama and Hillary Clinton acted like Democrats always do, they were cautious and respectful and sorrowful; they canceled their joint rally in Green Bay, Wisconsin, which was scheduled for this Wednesday. But Donald Trump kept tweeting out shards of his tiny, toxic brain all day, accepting “congrats” for proposing a ban on Muslims, and then proposing it again, though Mateen was born in New York. Then he issued a garbled statement that told President Obama to “step down” for his refusal to say the words “radical Islam,” and likewise ordered Clinton to “get out of this race for the Presidency.”

I feel like I’ve written this piece before: another place of inclusion is invaded by a violent hater, and innocent people are dead. I wrote it when a Jewish Community Center was shot up by a white supremacist, I wrote it again almost exactly a year ago when a white supremacist shot up a black church, I’m writing it now as a homophobe who may have been an Islamic extremist shot up a gay bar. I sent my daughter to a Jewish Community Center preschool; I’ve been welcomed at black churches my whole life; I went to gay bars in high school and college. As a straight white Catholic woman, I’ve been given so much privilege and comfort in spaces that aren’t “mine.”

It made me think about Donald Trump, who’s an eccentric weirdo who used to be a tolerant New Yorker of uncertain politics, who relied on the tolerance of his home state and city to cast aside two wives and repeatedly reinvent himself. Now he’s reinvented himself as the champion of homophobes and Islamaphobes, and he’s cast his lot with the party of cruelty to the LGBT community and indifference to the victims of white supremacy.

And while many of that party’s leaders are trying to insist Trump is beyond the pale, their reactions to Orlando show how much they have in common with their presumptive presidential nominee. House Speaker Paul Ryan, Senate majority leader Mitch McConnell, Senator Kelly Ayotte—basically, every Republican I’m aware of who has responded to the Orlando massacre has failed to mention either gay people or guns in their faux-pious expressions of sadness. They are Trump, and Trump is them, and that should be made clear from today through November.

In my circle of conscientious, super-anxious Democrats, there is worry that another terror attack only helps Trump. I have a rare sense of conviction and, I hope, prescience about this.

This is a hate crime. And a gun crime. And Americans are tiring of the GOP’s defending guns and hate.