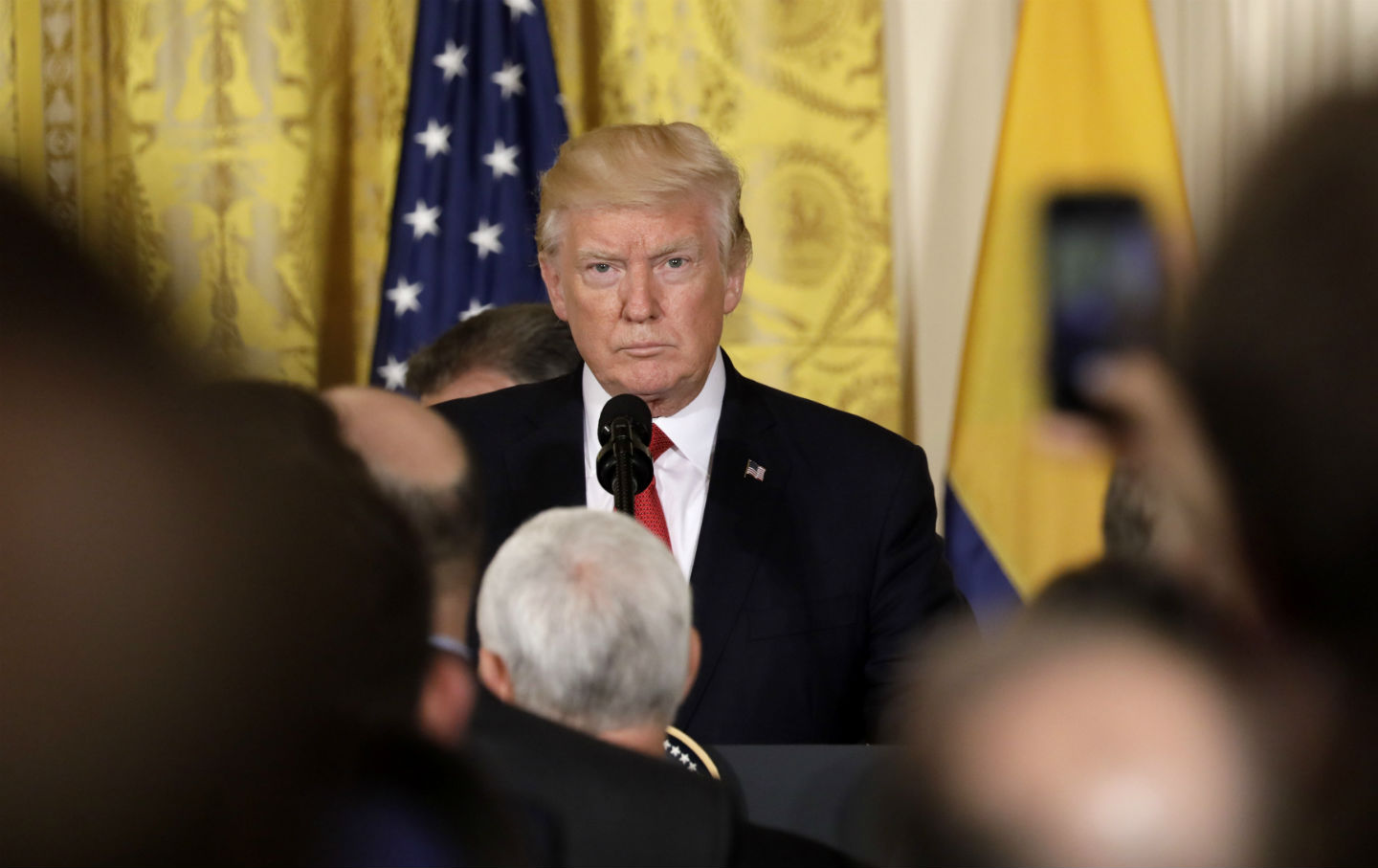 Donald Trump at a news conference at the White House, May 18, 2017. (Reuters / Kevin Lamarque)

One of the great ironies of the political moment is that President Trump’s sworn enemy has become, if not exactly an ally, an enabler of his agenda. For all of Trump’s griping about “fake news,” the mainstream media’s prevailing focus on palace intrigue and White House scandals has come at the expense of substantive policy coverage, allowing Trump and the Republican Party to advance harmful, hugely unpopular policies without the scrutiny they deserve.

Take climate change. This month, Trump officially announced the United States’ withdrawal from the Paris climate accord, joining Syria and Nicaragua as the only countries to reject the landmark agreement. While Trump has espoused denialist views in the past, claiming that climate change is a Chinese hoax, his decision to withdraw was made more likely by the media’s utter failure to press him on his position dating back to the campaign. Not only was there not a single question about the issue in last year’s general election debates, but also the watchdog organization Fairness & Accuracy in Reporting (FAIR) recently noted that Trump has not been asked “a single question about climate change in any interview or press conference” since taking office. Twelve separate outlets that Trump has granted on-the-record interviews have simply failed to bring it up.

Or consider health care. Recent polls have identified health care as Americans’ No. 1 concern, but it has not been treated that way in the media. Since the House’s initial failure to pass a bill this spring, coverage of the issue has dwindled, with the exception of a brief spike when Republicans hastily pushed through a bill in May. Now, as Senate majority leader Mitch McConnell (R-Ky.) secretly maneuvers to gut the Affordable Care Act—without holding hearings or releasing any legislative details to the public—many in the mainstream media have responded with a collective yawn. Even as reports of McConnell’s machinations emerged last week, The Washington Post, The New York Times, The Wall Street Journal and the Los Angeles Times each determined, for two consecutive days, that the rising likelihood of a bill’s passing did not warrant a front-page story.