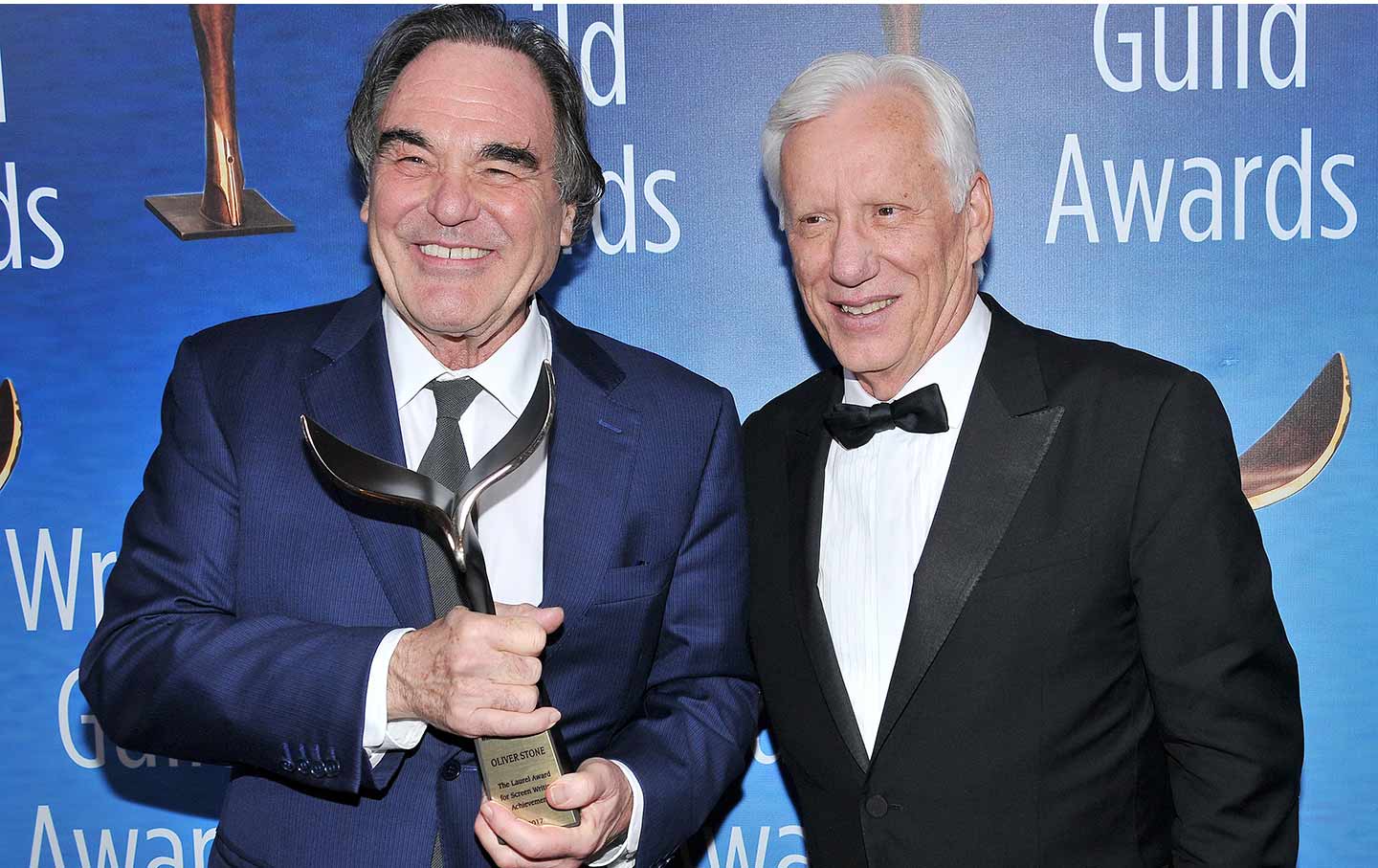 Thank you for this award. I’ve always considered screenwriting to be the secret to the movies that I liked. Some scripts have few words, some a lot. Some stream of consciousness, like Terry Malick’s work. But there’s always a sort of magic sunlight to the ones that shine through.

This is Oliver Stone's acceptance speech for the Writers Guild's Laurel Award for Screenwriting Achievement, presented on February 19 in Los Angeles, California.

I’ve been chasing that light all my life, and in that spirit I’d like to thank and remember the late Robert Bolt, who took me into a room for three weeks, red-penciled my entire script without realizing it, and shared with me his worldview of character and event. I also thank Ernest Lehman, who wrote some of my favorite films and gave me great encouragement at a needed time. And his agent, also my first agent, at the William Morris Agency—Ron Mardigian, a real gentleman to the bone and a great partner in using skillful means in a volatile profession. I left him eventually to become a director, for which I ask your forgiveness, Ron. I know you understand.

And of course there was Billy Wilder who used to tell me how fast he’d make his films, get them in the theaters for a preview within four weeks of finishing because the script was so tight. When I told him I was making a film on Nixon, he looked at me like I was out of my mind. “What the hell are you doing a film on Nixon for?” he said. I told him it was three hours and 10 minutes, and you should’ve seen his look, like I was cutting my throat. “The picture won’t make a dime!” He was right. It didn’t, but there are sometimes other reasons for making films.

And then I thank my varied collaborators over the years. Some relationships worked better than others, but each of those writers worked as hard as any coal miner deep down in the earth chasing the light, even if at the end of the day some of those works were not to be recognized in their time. I believe the strengths I had as a director grew ultimately from the writing—from being alone with myself in finding the solitude that cuts through the materialism around us. It’s an honor to have been a screenwriter and to have had some time in the sun.

It’d be remiss of me in reaching the end of this sojourn in Hollywood without reminding you, especially you younger writers, that you can be critical of your government and your society. You don’t have to fit in. It’s fashionable now to take shots at Republicans and Trump and all that—and avoid the Obamas and Clintons. But remember this: In the 13 wars we’ve started, and the $14 trillion we’ve spent, and the hundreds of thousands of lives that have perished from this Earth in the last 30 years—remember that it wasn’t one leader, but a system, both Republican and Democrat. And call it what you will—the military-industrial-security-money-media complex—it’s a system that has perpetuated the belief that these are “just wars,” justifiable in the name of our flag that flies so proudly over our lives. Our country has become more prosperous for many—but in the name of that wealth, we cannot justify our system as a center for the world’s values when we continue to create such war and chaos in the world. No need to go through the victims, but we know we’ve intervened in more than 100 countries with invasion, regime change, economic chaos, or hybrid war/soft power, whatever you call it—it’s war of some kind. In the end, it has become a system leading to the death of this planet and the extinction of us all.

I’ve fought these people, who practice war, most of my life. It’s a tiring game and mostly you’ll get your ass kicked. And with all the criticism and the insults that you’ll receive—and the flattery too—it’s important to remember if you believe in what you’re saying and you can stay the course, you can make a difference. I urge you to find a way to remain “alone with yourself.” Listen to your silences. Try to find not what the crowd wants so that you can be successful…but try instead to find the true inner meaning of your time here on Earth. And never give up on your heart in your struggle for peace, decency—and telling the truth.