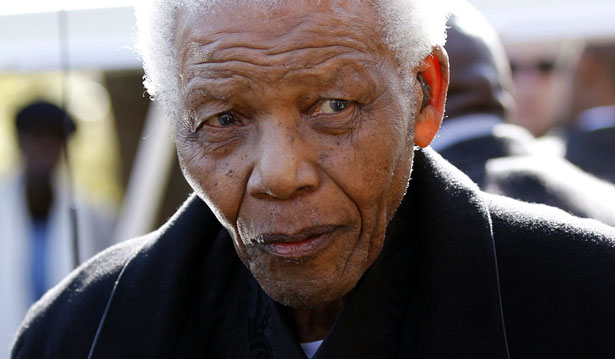 Leaders from across the world will gather in South Africa this week to pay tribute to the most extraordinary leader of our lifetime, Nelson Mandela. The chorus of tributes, from across the globe and across the political spectrum, cannot hope to do justice to this remarkable man, who emerged from twenty-seven years in prison with a grace, dignity and will sufficient to transform the brutal apartheid system peacefully and spread hope across the world.

But Mandela was not always universally praised. In fact, US administrations of both parties were far from ardent opponents of South Africa’s apartheid regime or supporters of Mandela and his organization, the African National Congress (ANC). Conservatives in particular long saw the apartheid regime as an anti-communist bulwark in the Cold War. After Mandela was sentenced to life in prison, the conservative National Review magazine defended South African courts for sending up “a batch of admitted terrorists to life in the penitentiary.” Conservative Russell Kirk opined that democratic rule in South Africa would bring “the collapse of civilization,” and the resulting government would be “domination by witch doctors…and reckless demagogues.”

President Richard Nixon and his secretary of state, Henry Kissinger, believed the apartheid regime was an essential ally that was here to stay, arguing in a secret National Security Council policy study—dubbed the “Tar Baby” report—that the United States shouldn’t risk getting stuck in support of the oppressed majority.

Ronald Reagan branded the ANC a terrorist organization while dismissing apartheid as more of a “tribal policy than a racial policy.” He advocated “constructive engagement” with the regime, calling for closer trade relations while opposing economic sanctions. The emerging new right gleefully joined in labeling the ANC and other African liberation movements communist, while promoting their own “freedom movements,” largely tribal and racialist alternatives. Jack Abramoff, later infamously indicted for illegal lobbying and financial frauds, became president of the International Freedom Foundation, later exposed as a front group for the South African Army, established to discredit the ANC as communists and terrorists. Grover Norquist and others mobilized to counter the divestment movement. (Norquist sported a bumper sticker saying “I’d rather be killing commies.”) In 1990, when Mandela was released from prison and traveled to the United States, the Heritage Foundation called him a terrorist.