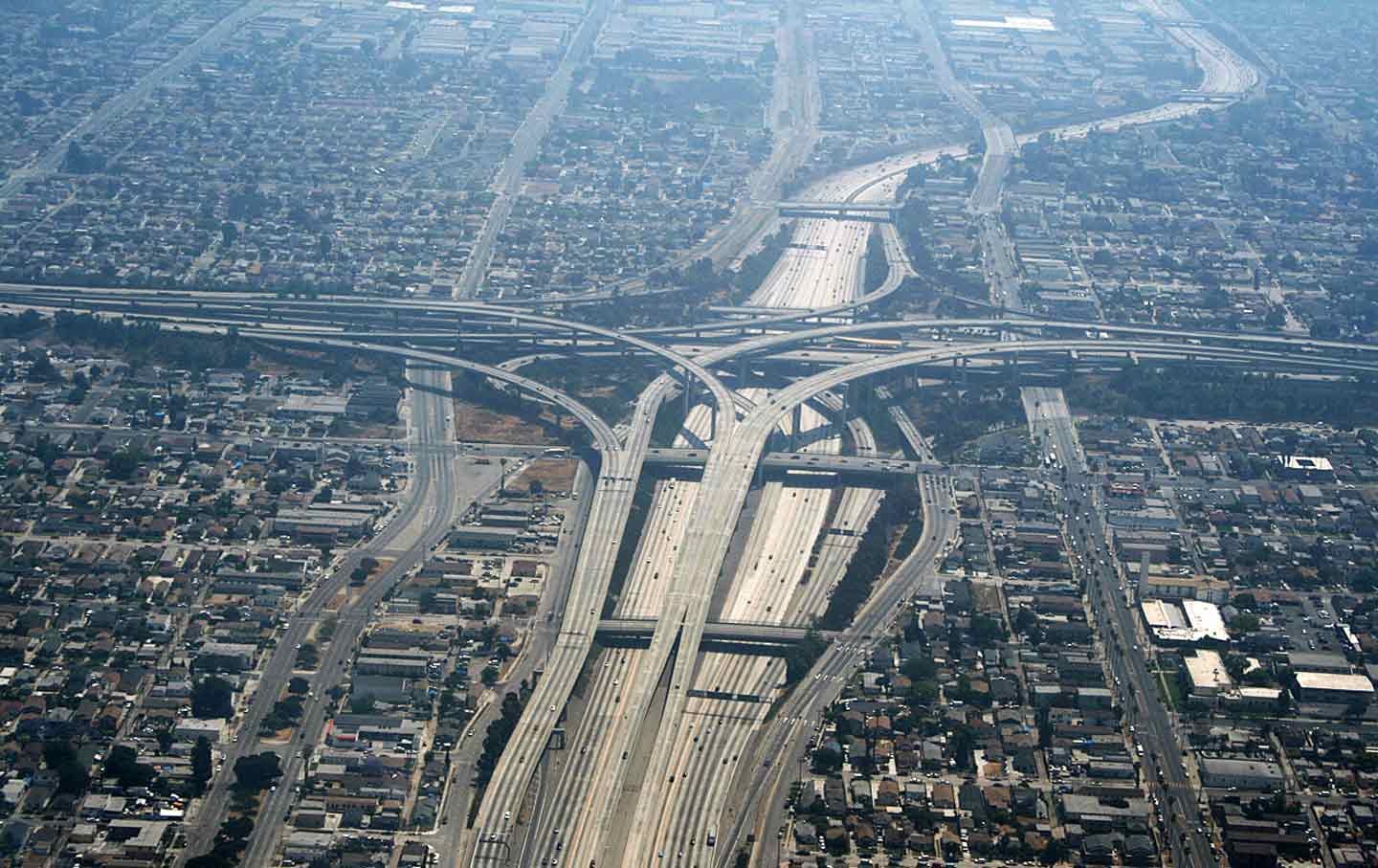 When I was a younger man, I made an arrangement with Gray Line Tours that would allow me to drive in the evenings and on weekends (it was called “working the extra board”). Their business included tours of Marineland of the Pacific, Forest Lawn cemetery, Hollywood Park, and Universal Studios, as well as shuttling conventioneers around downtown. Most of the time, however, I was punching the clock on the hugely popular tour of Hollywood and Beverly Hills. We dressed up like airline pilots from a Mel Brooks comedy.

The text is an edited transcript from interviews that Jean Stein conducted for her book West of Eden, an oral history that focuses on five families in Los Angeles, spanning most of the last century to the present. Copyright 2016 by Jean Stein. Reprinted by arrangement with Random House, a division of Penguin Random House LLC. All rights reserved.

Oddly, the company did not provide any information for the tours. There was a fixed route, of course, but otherwise new drivers were expected to purchase celebrity addresses and the tour “rap” from older drivers. But I was a tightwad, so I just winged it. I’d pick out a big house and lie about who lived there. Usually this was no problem, but now and then a veteran fan caught me. I remember one time exuding “Here she is—I Love Lucy! There’s her house. We’ll slow down so you can take photos.” Then some lady in the back absolutely freaks out. “I’ve been on this tour enough times to know that’s not Lucille Ball’s house. She lives three blocks away.”

Beverly Hills was no big deal. But driving the tourists from Iowa down Hollywood Boulevard was the most hallucinatory part of the job. This was Hollywood in the early ’70s: post–flower power, post-Manson. The sidewalks teemed with runaway kids, teenage prostitutes (male and female), people raving, heroin addicts with two weeks to live—the absolute epicenter of human misery. It was an awful place, especially on the Hollywood at Night tour. I used to pull up around the corner from Grauman’s Chinese and kick the tourists out to go venerate the footprints. I’d lock myself in the bus. I’d close the windows, saying to myself: “OK, zombies! You can’t get me. Go eat the tourists!” The weird part is that the tourists would get out and, surrounded by misery, gasp, “Ava Gardner’s footprints!” I mean, there would be someone lying naked or ODing, foaming at the mouth, and they’d walk over the body and say, “Oh! Victor McLaglen, I remember him!” They were ecstatic, and I was mortified. Instead of being distressed by the huge moral discrepancy between the myth of Hollywood and its current reality, most of them only saw what had already been fixed in their minds. It was absolutely eerie and sent me right back to The Day of the Locust. The point that Nathanael West made, of course, is that the masses ultimately want to kill and devour, to cannibalize their celebrity gods.

Fortunately, there were some dramatic exceptions. The Longshoremen’s Union used to bring tours of Japanese-American and Filipino-American sugarcane workers from Hawaii. I’d always get those tours. They were wonderful people, and they liked to hear stories and jokes. They were interested in history, including the tidbits of radical history. Then there were the guys I truly despised: the fortysomething drunk white conventioneers with their libidos hanging out of their pants. These leering, hypocritical bastards automatically assumed that every Gray Line driver was a pimp (unfortunately, several were) who could set them up with a 15-year-old girl. It was all the more disgusting since you knew that most of these Babbitts were upstanding family men and Kiwanis members from some middle-sized city in the Midwest.

Gray Line had two kinds of buses. The normal tour bus was a secondhand American Eagle retired from Greyhound. But for shuttling conventioneers and the like, we used ancient municipal transit buses without a luggage compartment, what we called “flat bottoms.” We’d take sometimes six, seven, eight buses up to Universal Studios. Universal was fun because we didn’t have to do anything. We just dropped the tourists off in the parking lot. The drivers would hang out together in one bus, sometimes passing a bottle back and forth. Half of them were pimping girls or selling shit out of the back of the buses. So one day we’re sitting in my bus, and we see one of these buses slowly rolling by and picking up speed. Now buses, like heavy-duty trucks, have a “maxi brake”—looks like a big red button—that welds your wheels in place when you park. I guess the driver didn’t realize that the huge Universal parking lot has a very slight slope. So his bus started rolling backwards, very slowly at first, then gaining speed. “Open the door, Mike!” the drivers shouted. I opened the door, let them out, and we all ran after the bus, but it was too late. We watched in a kind of fascinated horror as that old flat bottom just kept rolling down and then off the embankment onto the Hollywood Freeway.