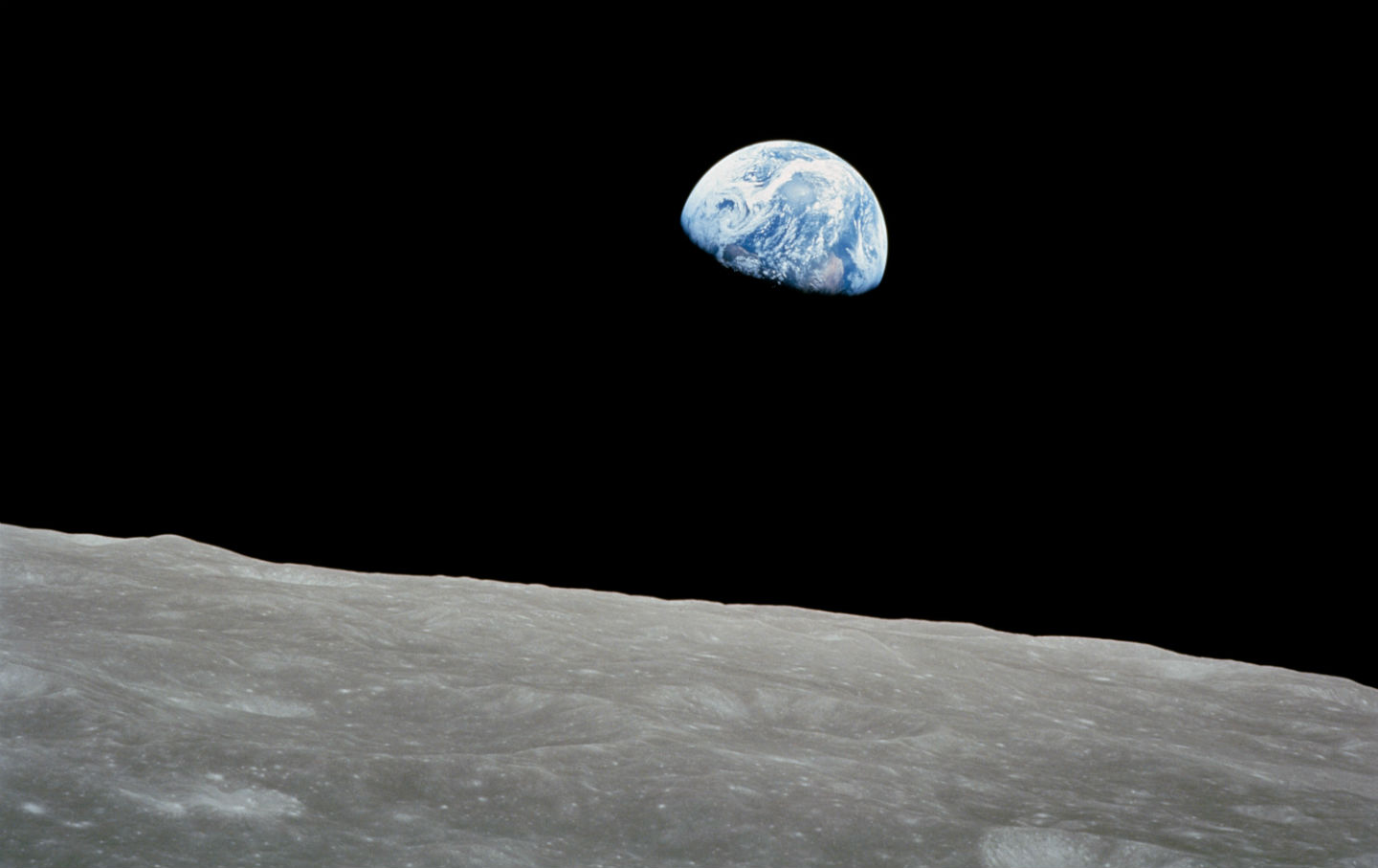 This image of Earth rising above the lunar horizon was taken by Apollo 8 crew member Bill Anders on December 24, 1968, while in orbit around the moon. (NASA / Bill Anders)

This editorial appeared in the January 13, 1969, issue of The Nation.

From a technological viewpoint, and in a sense from a human viewpoint, the Apollo 8 flight was a triumph on a scale without precedent. Only an engineer with some background in astronautics could fully appreciate the precision with which it was done and the risks that were faced and circumvented. Perhaps the tensest moments of all were at the very end, when the capsule had to re-enter through that 2-degree arc, with a quick fiery death awaiting the men if the angle was a little too steep, and a slow death by asphyxiation if it was a little too shallow.

Yes, a triumph, but not a time for euphoria. The moon landing for which NASA is now preparing (and in even greater haste because Apollo 8 was so successful) is far more hazardous. Why all the rush? It is not clear whether we are racing the Soviets or only ourselves. If the Russians still intend to compete—and if Apollo 11, scheduled for next summer, should end with. the American contenders stranded on the moon-we might lose not only the crew but the race.

The project entails risks in any event; but these might be reduced if only we could relinquish our insistence on getting the men onto the great slag heap and back to earth before the end of the decade, the date which has assumed such mystic, fetishistic importance in NASA’s thinking. As Apollo 11 (or possibly even Apollo 10) is now planned, everything will depend on the precise functioning of the lunar module in which the two men will ride from the mother ship to the moon and back. It must detach flawlessly, land at the prescribed spot, take off again, and couple with the main vehicle. The module will have no backup. Nor will there be more than a partial rehearsal maneuvers in earth orbit, as planned for Apollo 9, are not the same thing.

Would it not be possible to guide an unmanned lunar module to the desired location on the moon and let it serve as a backup in case the module, in which the two astronauts descend should be disabled in landing, or the engine should fail to fire for ascent? Remote control guidance is now so accurate that the back-up, unmanned module could be brought to a landing alongside the main vehicle. Still other precautionary measures might be considered—if it all didn’t have to be done before January 1, 1970.

Robert Hotz, editor in chief of Aviation Week and Space Technology, rejoiced before the Apollo 8 flight that “with a Soyuz and an Apollo carrying the Hammer and Sickle and the Stars and Stripes, respectively, around the moon at about the same time, it would require a phlegmatic world indeed not to get excited at these extraterrestrial Olympics.” That is one way of looking at it-the red-blooded sporting instinct, coupled with billions in business for the aerospace industry. But this juvenile, brutal approach is not the one that should dominate NASA’s thinking at this critical juncture.