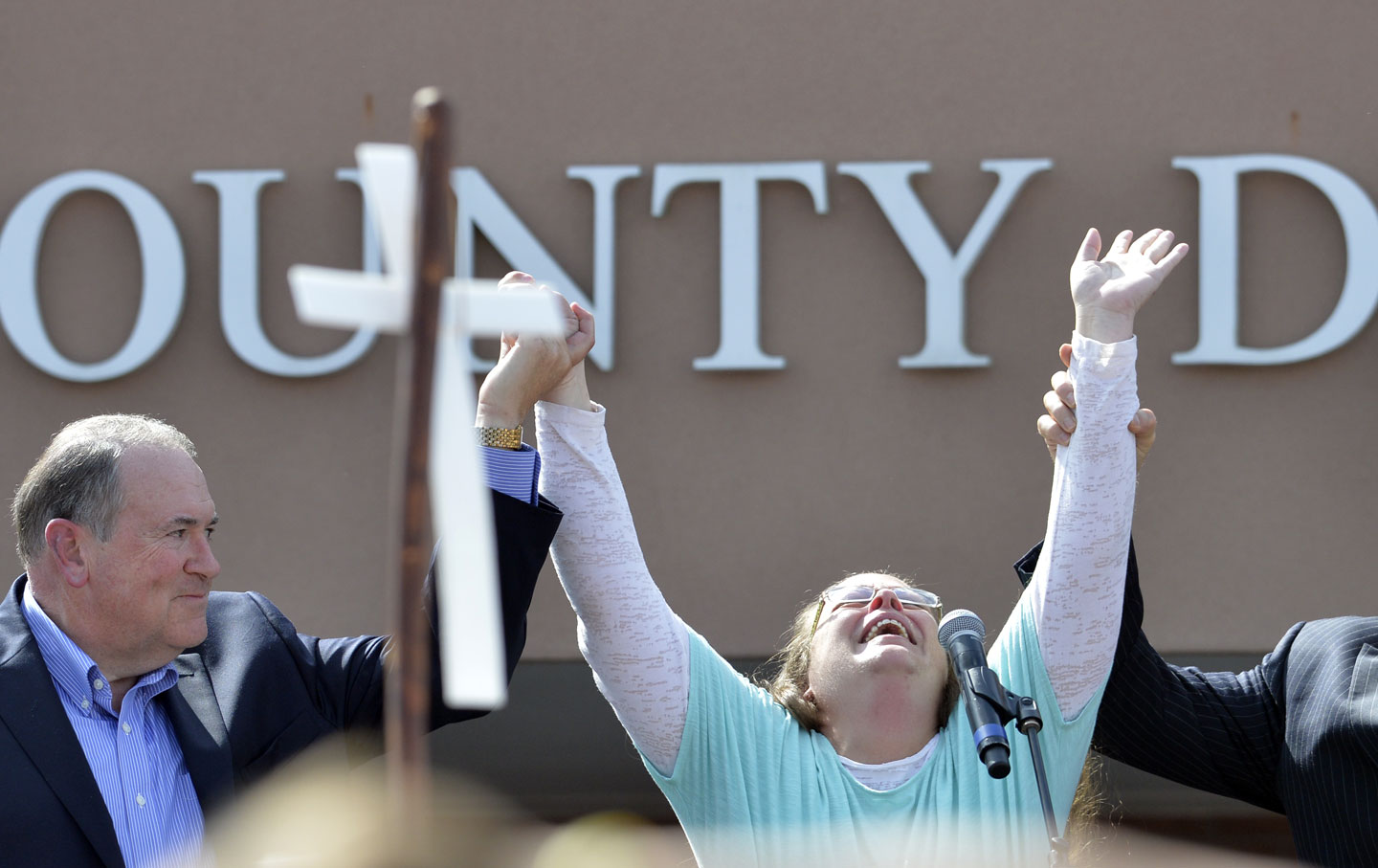 The Rowan County clerk, Kim Davis,
Believes that Jesus came to save us,
And her beliefs she would betray
OK’ing marriage that is gay.
The judge said, when he heard her tale,
Just do it, quit, or go to jail.
When she said no, he didn’t blink:
He tossed Kim Davis in the clink.
Ted Cruz and others now suggest
That Christians find themselves oppressed
For heeding a divine authority.
Poor Christians—an oppressed majority.