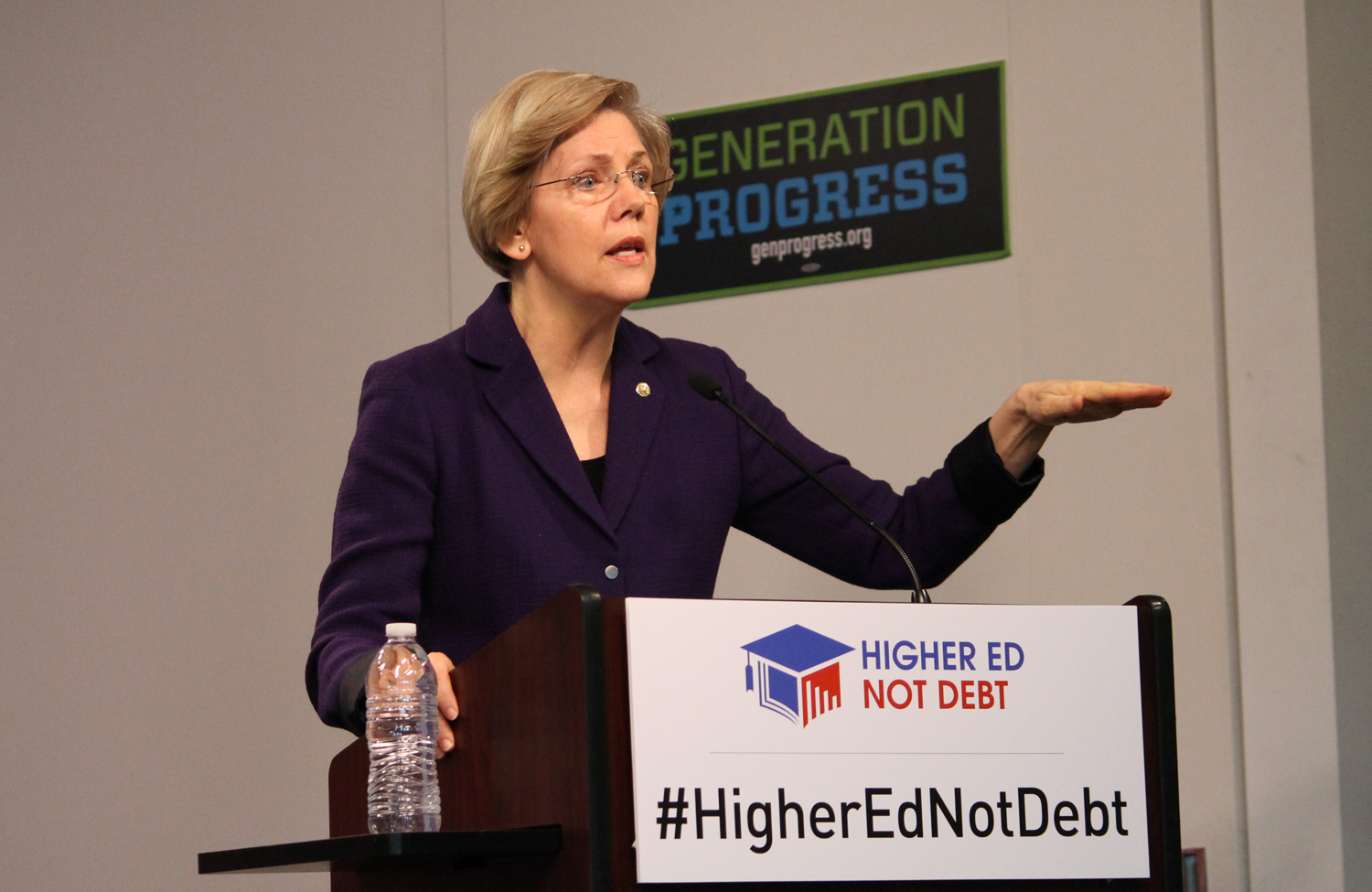 Elizabeth Warren speaks at the launch of the Higher Ed Not Debt campaign in Washington, DC, March 6, 2014. (Generation Progress/Layla Zaidane)

This morning, when President Obama announced his own executive action to give student loan borrowers some relief, the president also lent his support to the Bank on Students Emergency Loan Refinancing Act. The bill, introduced by Senator Elizabeth Warren, would let graduates refinance their student loans, just as they are able to refinance their car loans or mortgages. For many borrowers, this change is critical; while students taking out new undergraduate loans now pay an interest rate of 3.86 percent, millions of students with outstanding debt are stuck paying nearly 7 percent. The American Federation of Teachers (AFT) estimates that the bill would save borrowers a total of $14 billion.

With 40 million borrowers owing a total of $1 trillion, the student loan debt crisis is truly an emergency. While Warren’s bill is only a small step toward addressing the ever-mounting cost of higher education, its passage could make a real difference in the lives of students currently crushed under the weight of student loan debt.

The Bank on Students Emergency Loan Refinancing Act is expected to come up for a vote on Wednesday, June 11. Join The Nation and AFT in calling on the Senate to give student loan borrowers some relief.

Who exactly is gaining from the astronomical rise in student loan debt? In late May, Michelle Chen wrote about a study from the Debt and Society Project that detailed the massive profits Wall Street makes off of higher education. As Chen reports, between student loans and borrowing by institutions (often for amenities that have little to do with educating students), debt-related payments to the financial sector account for one tenth of all spending on higher education nationwide.

To accompany the Debt and Society Project report, Dog Park Media released a video illustrating Wall Street’s “skim” off higher education and its contribution to the ever-rising cost of college.