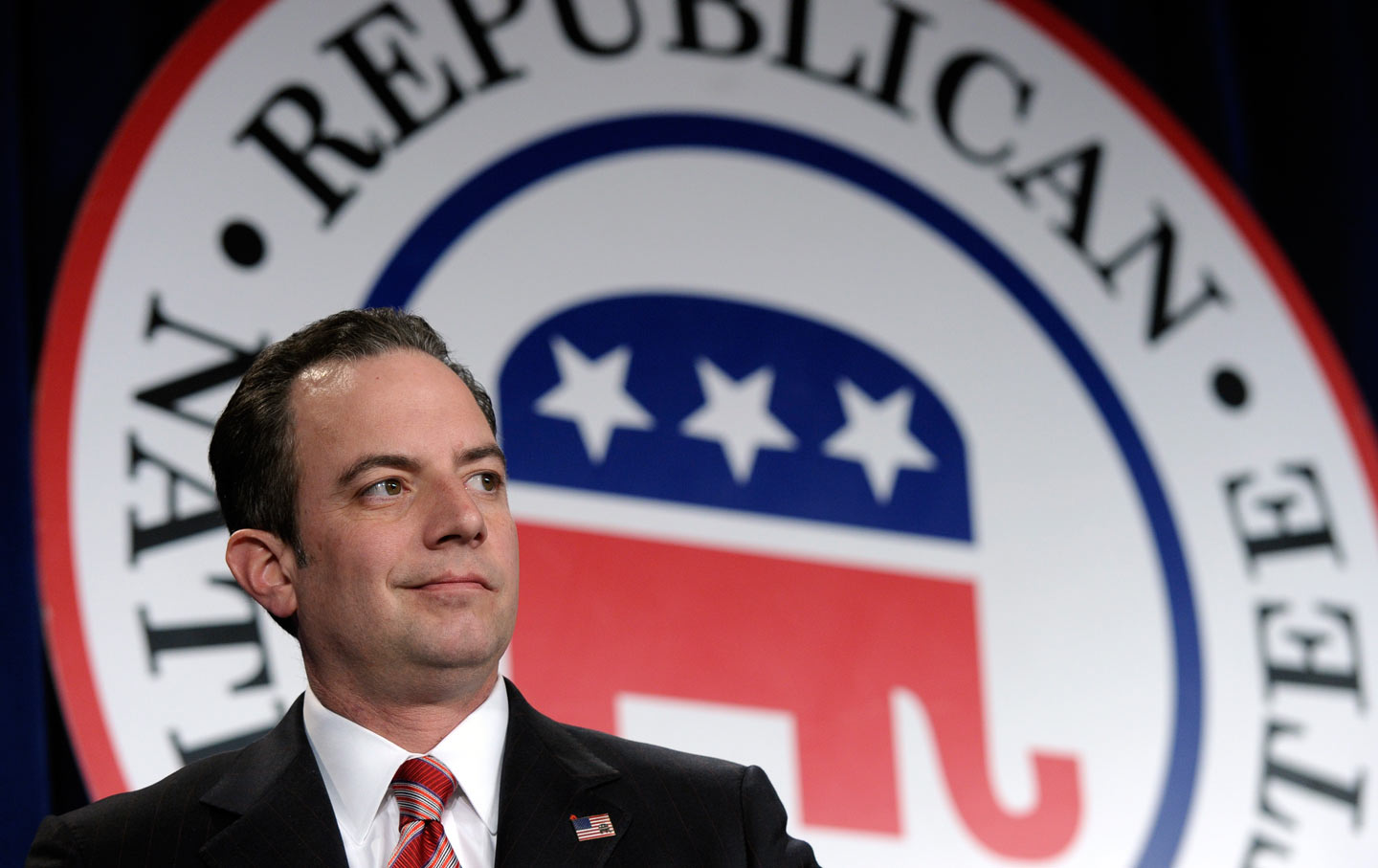 The 2016 presidential campaign has been surreal on more levels than any presidential race since 1964—the last time that the Republican Party rejected political common sense and surrendered to its worst impulses. But no one could imagine that, after managing his party into a mess that could rival that of 1964, Reince Priebus would bid for a new term as chairman of the Republican National Committee. Right?

Wrong. By all accounts, the Wisconsinite wants to continue as the chairman of a party that has, in the words of South Carolina Senator Lindsey Graham, “gone bat-shit crazy.” If the polls are right, Priebus will this fall lead the Republican Party to the second presidential election defeat since he took over. Worse yet, after Priebus acknowledged that his party needed to become more welcoming to women, people of color, immigrants, and young voters, he allowed it to degenerate into a xenophobic, racially insensitive, hate-mongering mess.

Historically, RNC chairs who have steered the party off electoral and ideological cliffs have acknowledged their failures and stepped away from the wreckage. Dean Burch exited after the 1964 debacle, Mary Louise Smith left after Gerald Ford lost to Jimmy Carter in 1976, Haley Barbour left after Bob Dole lost to Bill Clinton in 1996, Mike Duncan left after John McCain lost to Barack Obama in 2008. That’s how it works, except perhaps in the surreal world of a Republican Party that, under Priebus, has been Trumped.

When the word spread last week that Priebus was making calls with an eye toward extending his tenure at the top of a party that has spun completely out of control under his “leadership,” serious and savvy Republicans were aghast.

Priebus spread the gasoline. Trump just lit the match that is now burning up the Grand Old Party.

“I’m sympathetic to the challenging atmospherics during his tenure, but he took this job voluntarily and has failed on every objective measure. We are on the verge of losing a presidential election by a landslide,” veteran Republican political operative Matt David told Politico. (David has worked with Republicans such as former governor Arnold Schwarzenegger and sought to avert the Trump disaster as the head of a group that championed Ohio Governor John Kasich’s candidacy.)

The final measure for Priebus will come in November. If Trump wins, or if Trump loses but Republicans can maintain solid control of the US Senate and House of Representatives and advance in races for governorships and state legislatures, the chairman might be able to make a tenuous case for himself. Short of some success that is clear and undebatable, however, it would be a shocking step backward for the party to continue on the path that made Trump and Trumpism not just possible but inevitable.

It is too easy to blame Trump alone for chasing the better angels out of the “Party of Lincoln.” The process began before long before the billionaire announced his candidacy. By making common cause with the most extreme elements in the party, by bending to their demands, by apologizing for the excesses and abuses of his candidates and congressional Republicans who put unconscionable obstruction ahead of the common good, Priebus spread the gasoline. Trump just lit the match that is now burning up the Grand Old Party.

“Not only does the RNC not lead, there’s nothing left behind the curtain,” Matt David says of the Priebus-Trump era. “It’s the Wizard of Oz, and Reince is the wizard.”