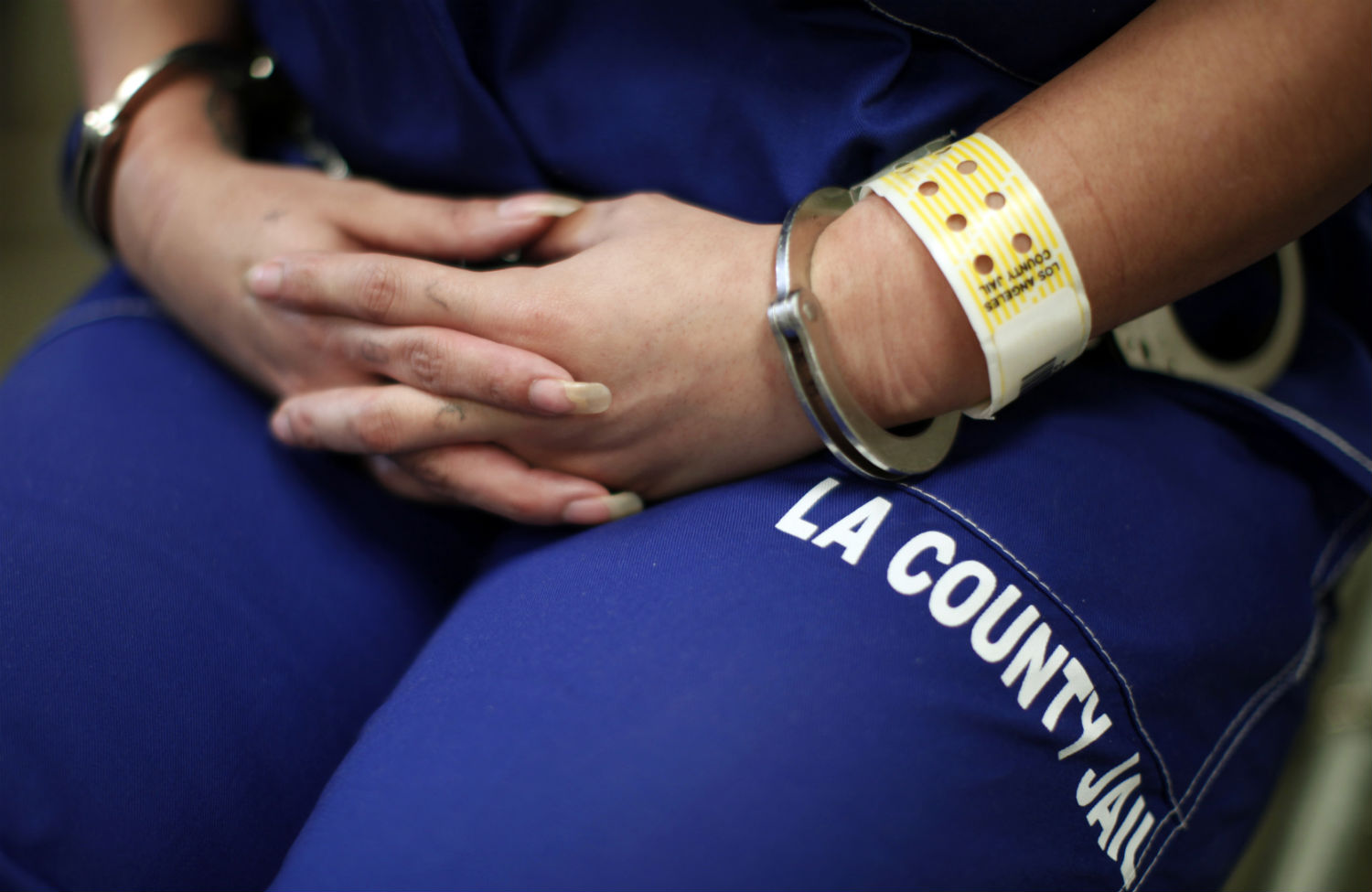 When major strides are made in criminal justice reform—as just happened in California with the passage of Proposition 47, a law that will reduce penalties for nonviolent, low-level crimes—we tend to assume that those who will directly benefit are men of color, particularly black men. After all, if current incarceration trends continue, one in three black males born today can expect to do time in prison. Michelle Alexander, author of The New Jim Crow, has stunned audiences nationwide by reporting that more black men are in prison or jail, or on probation or parole today than were enslaved in 1850.

But while statistics like these are devastating, it’s also true that the number of women behind bars has spiked in recent decades. In the past thirty years, women have entered US prisons at nearly double the rate of men. The population of people housed in women’s jails and prisons has grown by more than 800 percent.

Prop 47, the new law that 58 percent of California voters approved last week, could be a godsend for impoverished and addicted California women and girls. It will reclassify as misdemeanors six crimes including shoplifting, writing bad checks and drug possession that had been prosecuted as felonies. Offenses involving more than $950 are exempt from relief, as is anyone with a violent crime or sex offense on his or her record. The crimes affected by the change disproportionately fuel the incarceration of women. According to the recent report “Bias Behind Bars” from the California Women’s Foundation:

“These are all things that black and poor women are going to prison for at very high rates,” says Dream Hampton, a writer, filmmaker and activist who fought to pass Prop 47. “I knew that if this passed, that this was a change that would deeply affect women, particularly black and poor women. We can’t talk about mass incarceration at this point without talking about women. It’s a real shame that it continues to be framed in this single-gendered way.”

Hampton is a partner with the Revolve Agency, which integrates cultural strategies into policy campaigns. She got celebrities including Jay Z and John Legend to urge “yes” votes. She also led a social media campaign using the hashtag #SchoolsNotPrisons to ramp up awareness of the initiative online and to frame it as a law that would not only challenge mass incarceration but also save money—more than $1 billion over five years, according to Drug Policy Alliance—and redirect those savings toward interventions that could keep people from landing in front of a judge in the first place. By eliminating the need for between 10,000 and 30,000 jail beds, funds will instead be directed toward mental health services, drug treatment and dropout prevention. According to the Los Angeles Times, “A quarter of the savings would be sent to the Department of Education, and 10% would go to a state victim compensation fund. The majority of the money would go to a state jail commission to disperse grants for mental health, substance abuse and diversion programs.”

Because Prop 47 applies retroactively, sentences and charges are already being adjusted. The new law will also address the specific barriers to community re-entry that women who have served time behind bars face, including finding suitable housing for themselves and their children, and stable work. A felony drug conviction can be a red flag on a public housing application, and women are overrepresented in fields such as retail, childcare and eldercare for which a criminal record can immediately disqualify a job applicant. The same strict scrutiny is less often applied to more male-dominated fields such as construction and manufacturing, according to the report.

Lenore Anderson, who directs Californians for Safety and Justice and chaired the campaign to pass Prop 47, said the reclassification of “nonviolent, nonserious crimes” from felonies to misdemeanors will open up new opportunities and access for Californians.

“Some of the barriers that people face will no longer be faced,” she said.