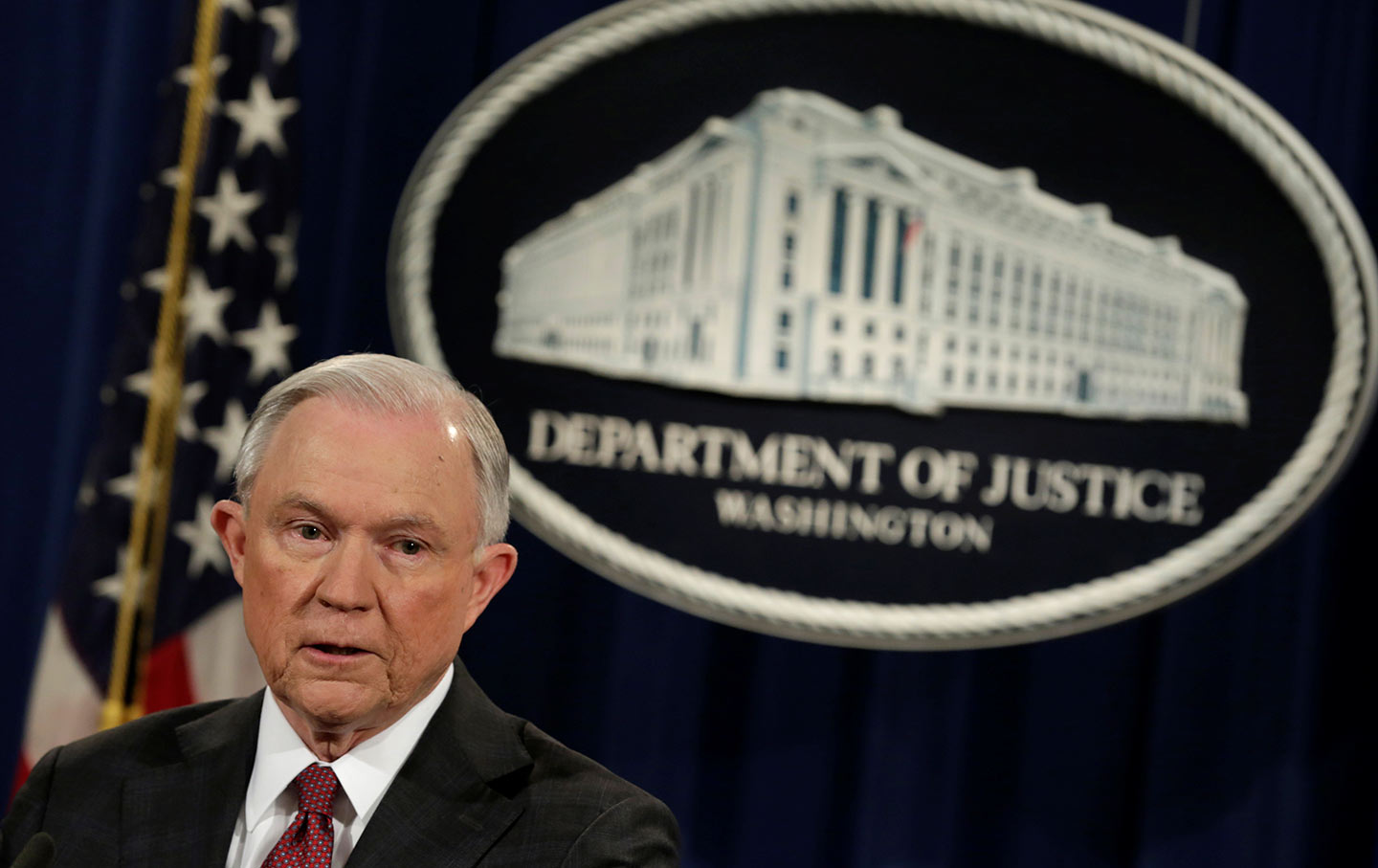 Jeff Sessions speaks at a news conference at the Justice Department in Washington, DC, on March 2, 2017. (Reuters / Yuri Gripas)

Two hundred and thirty years ago this week, delegates to the convention that drafted the US Constitution signed the document into being. In so doing, they afforded the legislative branch the power to remove presidents, vice presidents, and attorneys general. This was an essential act in the distinguishing of the American experiment. As George Mason said in that summer of 1787, “No point is of more importance than that the right of impeachment should be continued. Shall any man be above justice?”

Impeachment is not a legal mechanism. It is a political act. The founders employed the catch-all phrase “high crimes and misdemeanors” to provide leeway for the future generations who would hold errant officials to account. An impeached and convicted official is not jailed or fined. He is simply removed from office. This is the appropriate remedy, as the point of impeachment is not punishment or vengeance but, rather, protection of the republic from lawless and dangerous individuals who have claimed positions of power.

When Wisconsin Congresswoman Gwen Moore called for Trump’s impeachment last month, she did so with language that echoed the original intentions of the American experiment. “For the sake of the soul of our country, we must come together to restore our national dignity that has been robbed by Donald Trump’s presence in the White House,” Moore explained. “My Republican friends, I implore you to work with us within our capacity as elected officials to remove this man as our commander-in-chief and help us move forward from this dark period in our nation’s history.”

As US Senator Al Franken, D-Minnesota, says of the testimony Sessions gave to his Senate Judiciary Committee confirmation hearing with regard to contacts with Russian officials: “I think that he did not answer truthfully under oath.” When the lies that Sessions told were exposed, he recognized the seriousness of the circumstance and recused himself from further involvement with the inquiry into alleged ties between Trump’s business and Trump’s campaign to Russian interests.

Then the attorney general recused himself from his recusal and helped Trump gin up arguments for firing the FBI director who was overseeing the bureau’s investigation into what the president referred to as “this Russia thing.”

Those are just the rough outlines for articles of impeachment against Sessions, a crudely intolerant political careerist whose enthusiastic talk about scrapping DACA provided a reminder of how he uses his ill-gotten position to divide Americans against one another. Jeff Sessions has no business heading a department named “Justice.”

Members of Congress, who swear an oath to “support and defend the Constitution of the United States against all enemies, foreign and domestic; that I will bear true faith and allegiance to the same,” can begin to honor that oath by using the power that has been afforded them to impeach and remove Jeff Sessions.