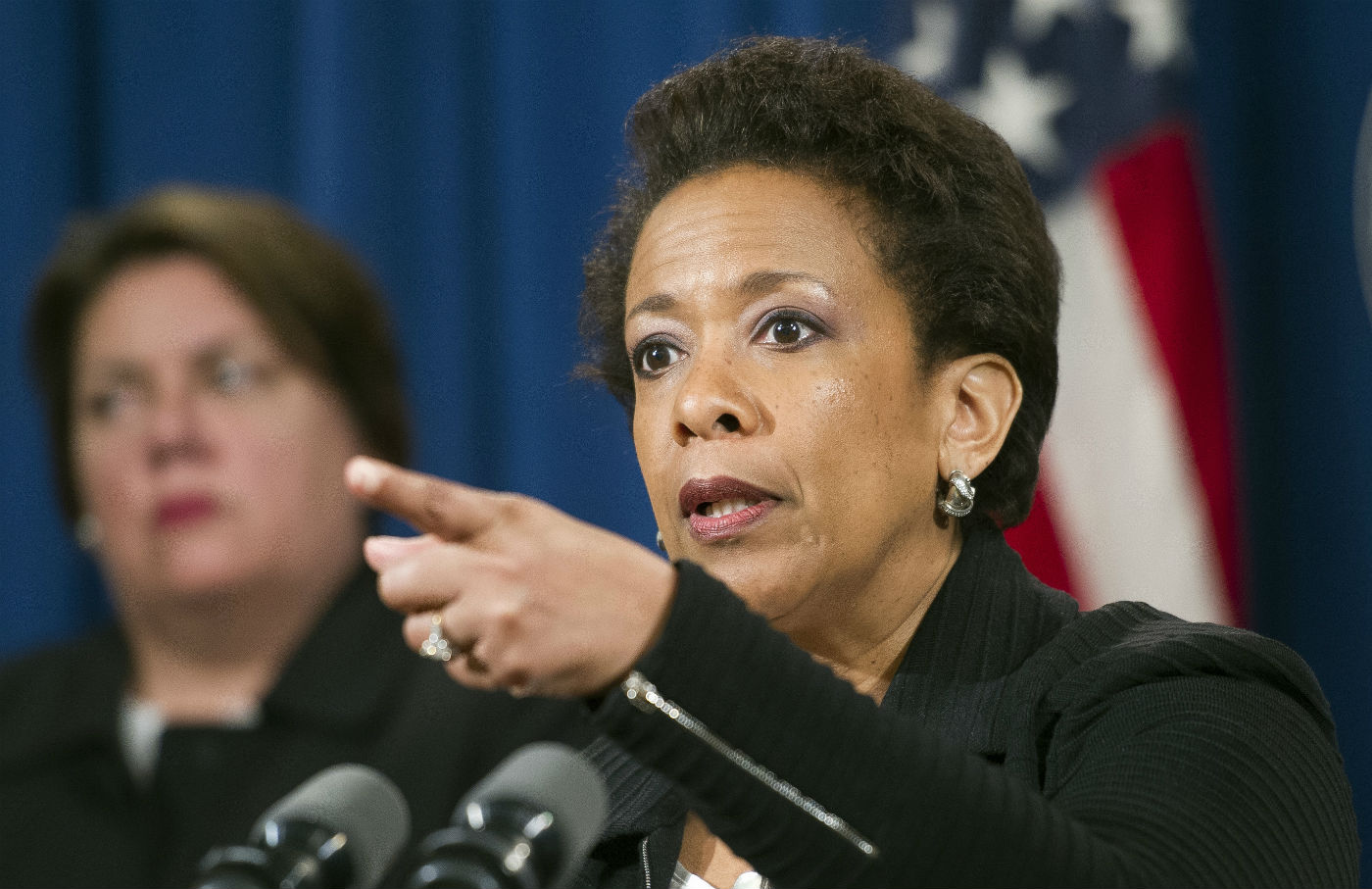 Attorney General Loretta Lynch speaks during a press conference at the Justice Department on Wednesday, May 20. (AP Photo/Cliff Owen)

Last week, Attorney General Loretta E. Lynch announced that five major banks were pleading guilty to criminal charges for what she described as a “brazen display of collusion” to manipulate the currency markets. The banks—Citigroup, JPMorgan Chase, UBS, Barclays, and Royal Bank of Scotland Group— were hit with $5.6 billion in fines and penalties.

Sensibly, the banks were forced to plead guilty, not simply pay fines in settlements where they neither admitted nor denied the changes. But the charges still were brought against banks, not bankers. No banker was held accountable. The personal fortunes of the bankers who profited were not touched. Shareholders, not bankers, will pay the fines. The Justice Department would have us believe that criminal banks ran profitable criminal conspiracies without involving any bankers.

The unwillingness to hold bankers accountable for their frauds and crimes is a great and continuing failure of our justice system, one that poses a clear danger to this country in the years ahead.