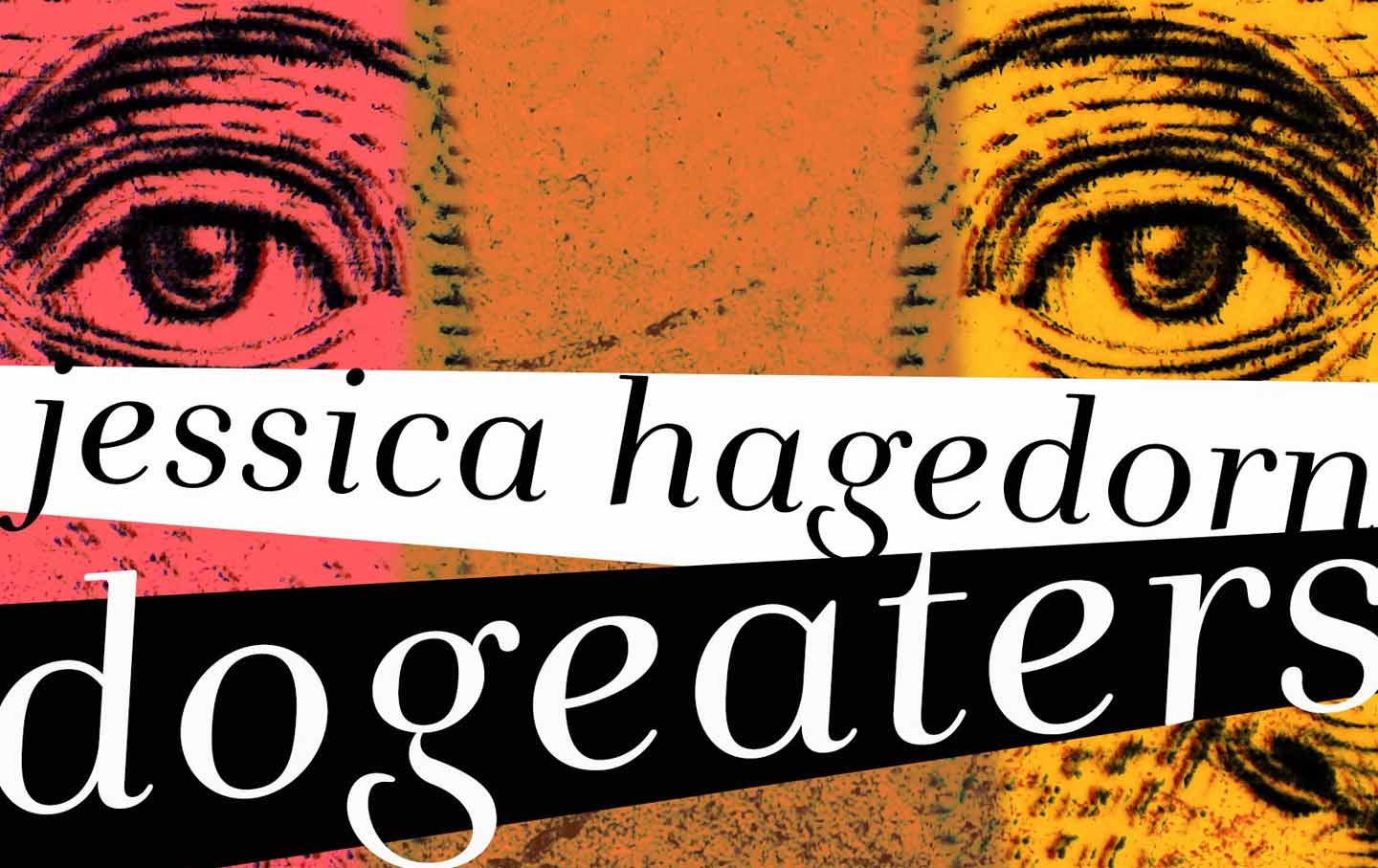 Talking about Jessica Hagedorn is a challenge because who she is and what she is is more than a half-blind, one-hand-tied-behind-his-back American can readily imagine.

Jessica, among other things, is a novelist. I don’t really want to talk about that too much but a few words, I feel, are necessary.

The word novel means new and unusual—in an interesting way. There are not many novels in the literary landscape of the modern world I inhabit. There are genre-stories and confessionals, psychological thrillers and barely hidden political agendas that pander to dreams created by The New York Times, Fox News, and Hollywood in general. There are capitalist apologists and kneejerk socialists. There are men and women so smart that their books are almost indecipherable to the everyday denizen of so-called American democracy.

There are publishing houses and editors who know what they’re looking for before they open the manuscript. Most of these editors and publishing houses are primarily white people who feel that they can be forgiven their position in the vaunted and segregated institution because they somehow understand me and where my mind wishes to and should be wandering.

We feel free but our intellects are restricted, on the whole, by ideas, systems, and economic necessities that redefine us so perfectly that a novel experience is almost an impossibility for anyone above the age of 9.

And then we come to Jessica Hagedorn. A woman from a world created out of the clandestine chaos of modernity; a woman whose work prefigures younger masters such as Junot Diaz; a woman who can never be contained by the edicts, expectations, and control of culture (and cash) regulating publishers, editors, and critics.

A woman not afraid of her own creativity and strength of mind.

We are here celebrating Jessica’s seminal novel Dogeaters. We are here to celebrate the author and the novel; to talk about their depth and influence, their impact on America and the world.

I’m down with that.

The book is a major literary achievement on top of its novel nature. It talks about and recreates cultures that I—the one-eyed, one-armed American reader—cannot see or touch without a great deal of guidance.

Jessica can in her work talk about lipstick and assassination in the same sultry breath. She can contrast laughter and death with hardly any of the false pathos demanded by the civilized world. Her writing knows things about us that most of us will never imagine.

But what I’d really like to talk about is the time I came to understand that Jessica’s work was beyond the ken of most novels (past, present, or future).

I was in Culver City attending the opening of a new play that felt like a musical, a theatrical event—Dogeaters. It was at the Kirk Douglas Theater. Kirk Douglas himself came and sat in the front row to see the new staged event.

I knew the story but not the score. I knew in my head what I believed was a world so alien and so much like I would be if I could, if I had to be.The novel-turned-play was like a bomb that exploded on the stage transmuting itself and its deep perceptions into living characters; chameleon-like nuances of the modern world. I understood then that Jessica’s book was novel because it was chimeric, a shapeshifter that could become anything—even me.

Hagedorn knew my poverty and my overmasters, my carnal desires that blend blood and semen, laughter and death. She knew this in the novel and on the stage. I felt that the story could follow me out of the theater and into the car radio; back to my hotel room and into my dreams.

Seeing Dogeaters on stage created two points that made an infinite line, a unique moment that was there for me—forever.

A real novel, like the truth, is never stagnant. It cannot remain still, waiting for the librarian to point it out. It digs its way into our cultural consciousness, like a virus or tapeworm, killing a part of us so that the rest can blossom into life.

And a real novelist guides us not as a teacher but an ephemeral glow that enlightens without prejudice or hierarchy.