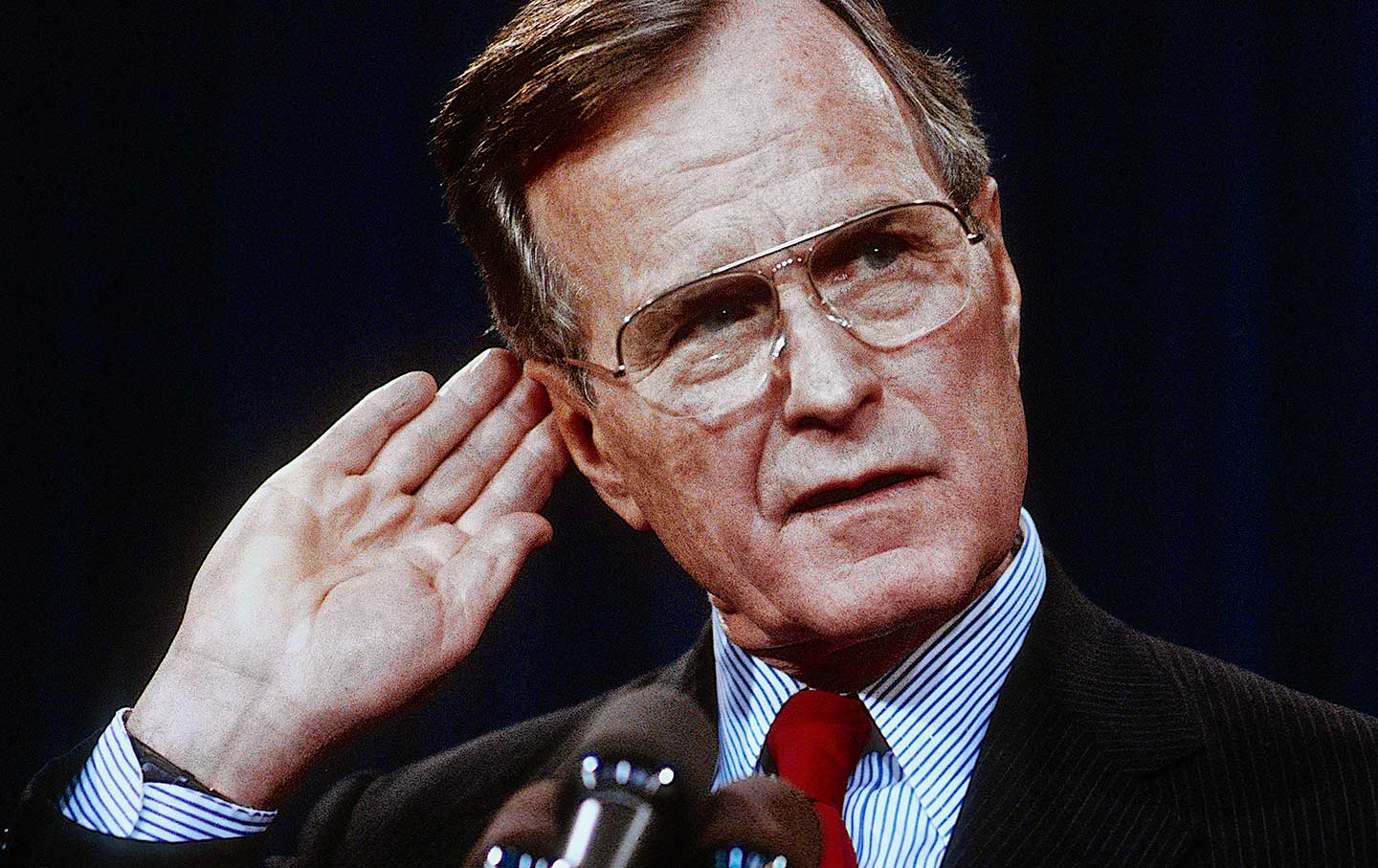 George H. W. Bush paved the way for today’s Republican party with his racist Willy Horton campaign ad. He nominated Clarence Thomas to the Supreme Court, and he pardoned the Iran-Contra conspirator whose trial would have exposed his own abuse of power. Harold Meyerson explains—he’s executive editor of The American Prospect.

Also: Katha Pollitt finds lessons from the midterms about white women who support Trump—she argues that they are unlikely to change their minds, and that we’d do better following the example of Stacey Abrams and mobilizing the nonvoters.

Plus: Frederick Douglass, the black abolitionist, was the most famous black American of the nineteenth century. Historian Eric Foner says Douglass’s political ideas can help us in our struggles today.