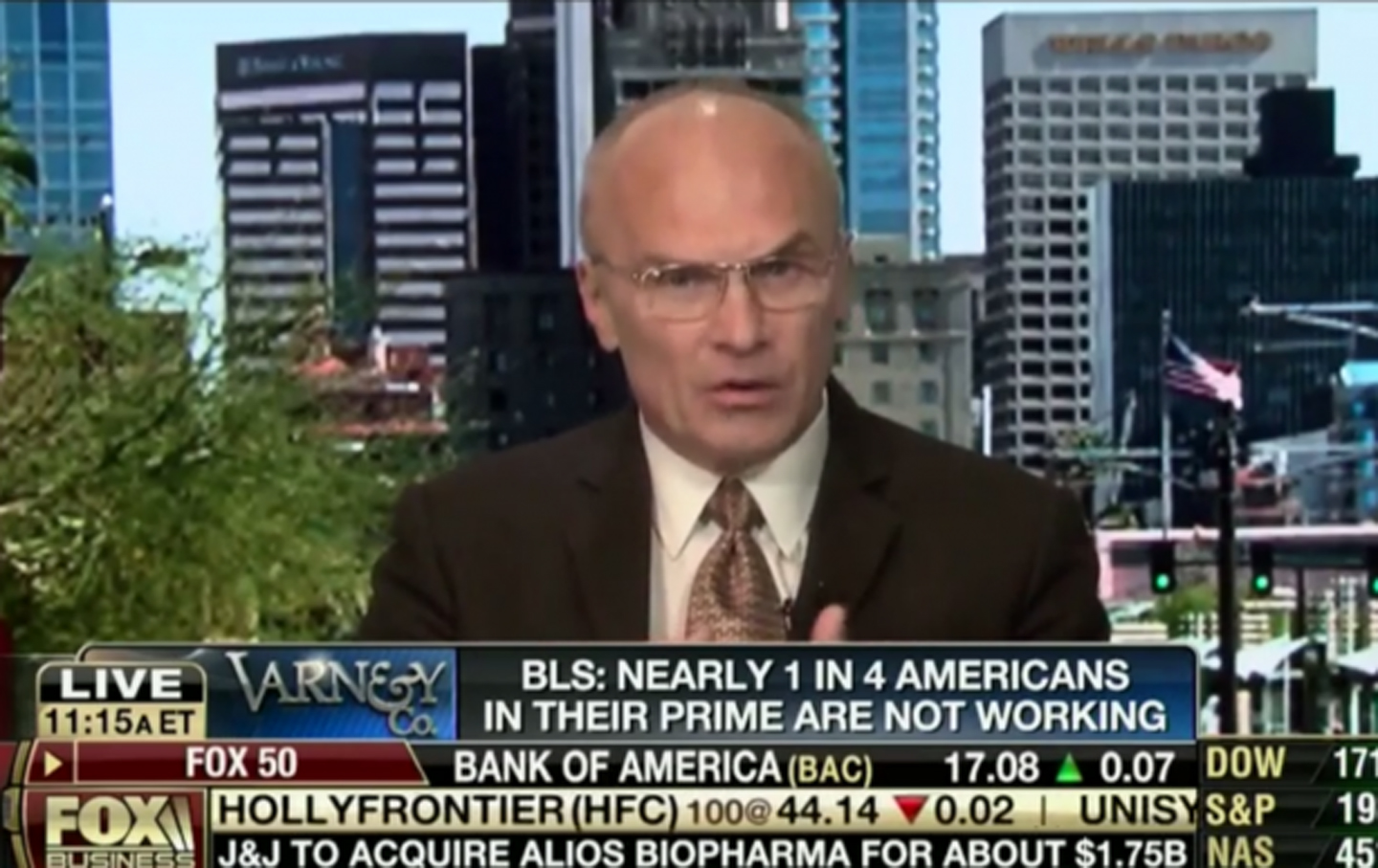 To be “poor” in America isn’t an identifying characteristic or a defining trait, like being forgetful or creative or tall.

Being a low-income American comes from being paid a low income.

It seems like a basic point, but it’s one Andy Puzder needs to review. Puzder is CEO of CKE Restaurants, Inc., which employs more than 20,000 people and worldwide owns, operates, and franchises more than 3,300 fast-food restaurants, including Hardee’s and Carl’s Jr.

In a recent op-ed, Puzder made the specious claim that the social safety net “can lock [people] into poverty.”

He argues that “these programs have the unintended consequence of discouraging work rather than encouraging independence, self-reliance, and pride,” and that, because of government assistance, his low-wage employees across the United States are refusing promotions and additional hours “for fear of losing public assistance.”

What Puzder forgets to point out is that it is poverty wages that force families to turn to government support.

What Puzder forgets to point out is that it is poverty wages—poverty wages paid by institutions like Hardee’s and Carl’s Jr. to many of their 20,000-plus employees— that force families to turn to nutrition and housing assistance, and other government-supplemented work supports, just to get by.

Media Matters reports that a 2013 study by the National Employment Law Project (NELP) found that “the overwhelming majority of fast-food employees (89.1 percent) make less than $9 per hour and face significant ‘barriers to upward mobility’ in the profession.”

In a recent interview with Fox News, Puzder doubled down on his flawed thesis.

“We need a different system,” he concluded.

On that point he’s right.

We need a system where people like Savino, a father of two in Brooklyn and a member of theNew York Communities for Change, don’t have to work 72 hours a week at a local supermarket for wages that are so low they still struggle to get by.

“Sometimes things are so bad that I have to decide—should I pay rent this month, or should I eat?” said Savino.

We need a system where mothers like Ashely, a Washington, DC, resident and a member of Working Families, don’t have to sleep with a young child on the floor because jobs don’t pay enough to cover rent.

We need employers to pay enough money so that people like Darrell, who works in the auto-parts industry in Ohio, can bring home more than $272 a week. Darrell hopes to move out of the two-bedroom trailer he shares with his daughter, son-in-law, and 17-month-old granddaughter.

“I just want enough to survive,” Darrell said, “and I think that is a reasonable expectation for someone who goes to work and works hard every day.”

We need a system where parents aren’t forced to choose between working more hours for low wages and paying exorbitant childcare fees or staying home with their kids and barely scraping by on government assistance.

We need a system where people are paid enough during their working years to put money away in order to retire peacefully in old age.

We need to change the current system, where people like Puzder make more in one day($17,192) than one of his minimum-wage employees would earn after working full-time for an entire year ($15,130).

This system was created by people like Puzder and political leaders who, like him, blame the very people who are just trying to make ends meet. But we have the power to change how the system works.