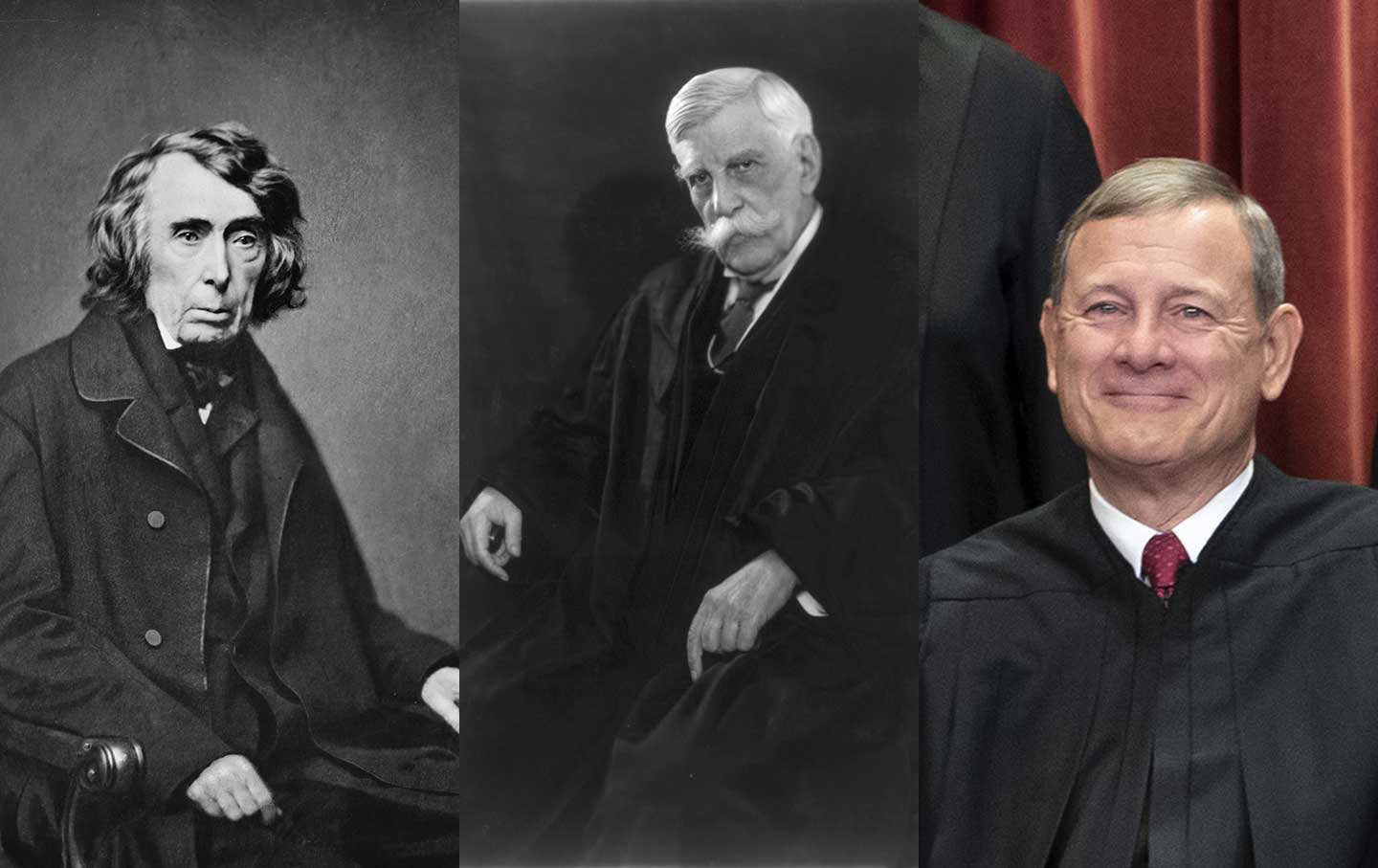 The Supreme Court’s recent decision refusing to interfere with extreme partisan gerrymandering not only seriously undermines our already fragile democracy; it also brings to mind the Court’s acquiescence over a century ago in laws that denied the right to vote to millions of black Southerners. In particular, it is reminiscent of the Court’s 1903 ruling in Giles v. Harris, a largely forgotten case in which the justices, as today, claimed they were not authorized to adjudicate “political” matters.

Jackson W. Giles, president of the Colored Men’s Suffrage Association, sued to overturn voting requirements in Alabama openly designed to disfranchise black voters after the end of Reconstruction. The Alabama constitution of 1901 allowed registrars to bar from voting those who lacked “good character” or did not understand “the duties and obligations of citizenship.” The result was that almost all black voters were eliminated. This despite the fact that the 15th Amendment, ratified in 1870, prohibited states from denying the right to vote because of race. To try to work around that amendment, Alabama’s requirements did not explicitly mention race. But it was clear, as Giles’s complaint argued, that the state’s entire registration system was racially biased.

Oliver Wendell Holmes, recently appointed to the Court by Theodore Roosevelt, wrote the opinion for a 6-3 majority. Like Chief Justice Roberts today, Holmes threw up his hands and described the Supreme Court as impotent. If “the great mass of the white population intends to keep the blacks from voting,” he wrote, there was nothing the justices could do. The courts could not get involved in politics. “Relief from a great political wrong” could only come from the “people of a state” through their elected officials, or from Congress. Holmes ignored the fact that the definition of the “people” of Alabama was precisely the point at issue. Holmes would go on to a distinguished judicial career. Giles v. Harris, one scholar has written, “is—or should be—the most prominent stain” on his reputation. Chief Justice Roberts, take note.

Like Republicans today, the white Southern press in 1903 hailed the ruling as an indication that the Court would not interfere with “a sovereign state’s regulation of its elections.” Some signs of discontent appeared in the North. “Is the Constitution non-enforceable?” asked the Springfield Daily Republican. “We are brought face to face with the consideration that the Constitution may be violated with impunity.” 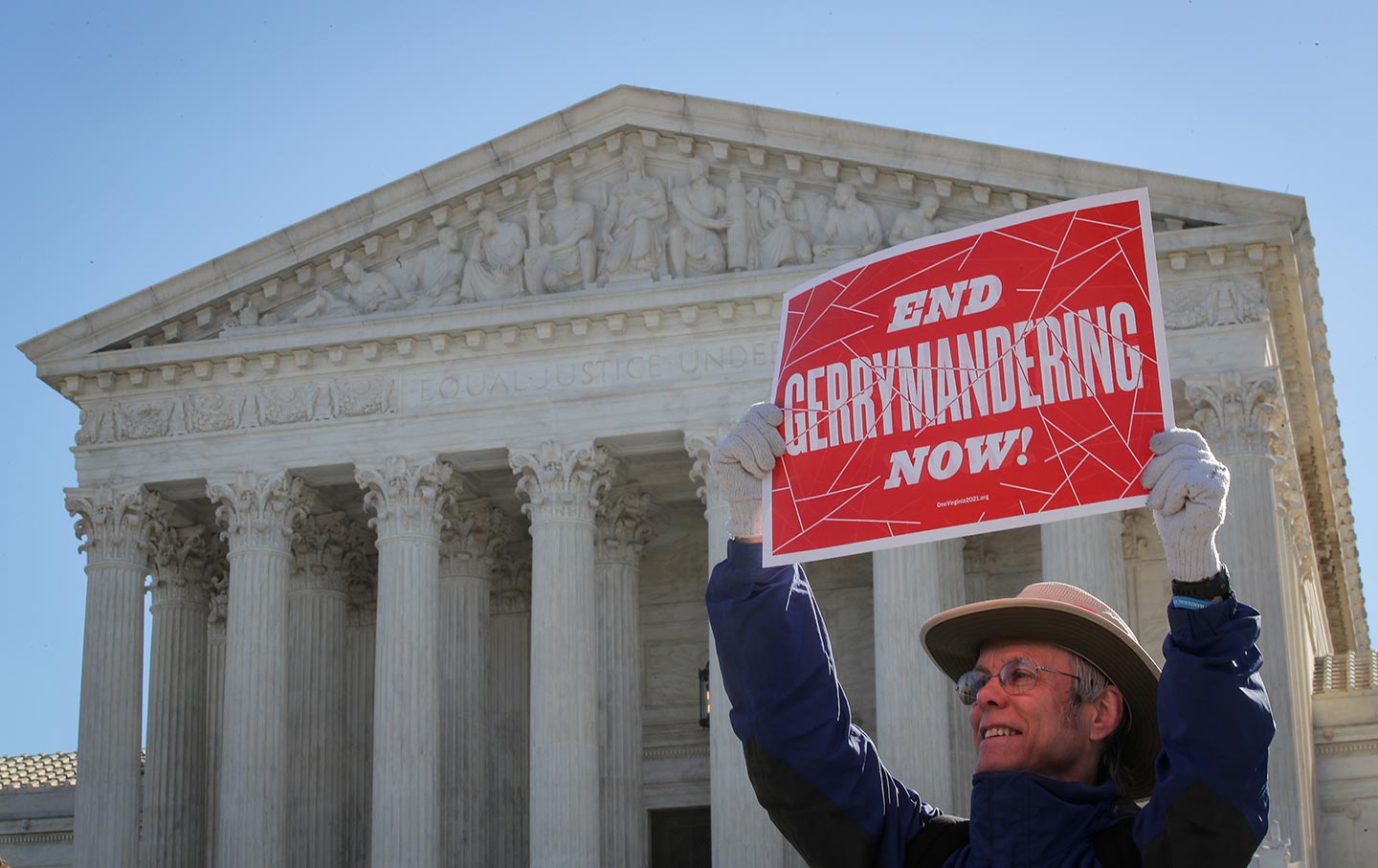 The Roberts Court Continues to Debase Democracy, With a Miserable Gerrymandering Decision

The idea that the Supreme Court does not have the authority to get involved in political matters would be laughable if the results of this decision were not so damaging. Was not Baker v. Carr, the one man-one vote decision of the 1960s, political? What about Bush v. Gore (2000), which decided the outcome of a presidential election? Roberts claims that the founders, by leaving the drawing of district lines to state legislatures, anticipated political involvement in the process. But the founders did not expect, or desire, the rise of political parties that sought to warp the electoral process to their own advantage. As Richard Hofstadter demonstrated many years ago in The Idea of a Party System, the founders­­­­ thought political parties were divisive institutions indifferent or hostile to the common good. They would have been shocked if a political party used its control of districting to override the will of a state’s voters.

Supreme Court decisions have practical consequences, which justices too often blithely ignore. It took well over half a century for the right to vote to be restored to black citizens of the Southern states, via the Voting Rights Act of 1965. During those years the country experienced profound social and economic changes, which the disenfranchised millions in the South had no voice in shaping. Needless to say, the right to vote is still being fought out in numerous states at this very moment. What is the difference between being denied access to the ballot box and living in a district designed so that your party is guaranteed to lose?

Our Constitution is not self-enforcing. At certain moments in our history, the Supreme Court has used its authority to protect constitutional rights when legislatures and Congress abdicate this responsibility. At other times, as one lawyer wrote in 1890, the Court becomes “the grave of liberty.” That seems to be where we are headed today.