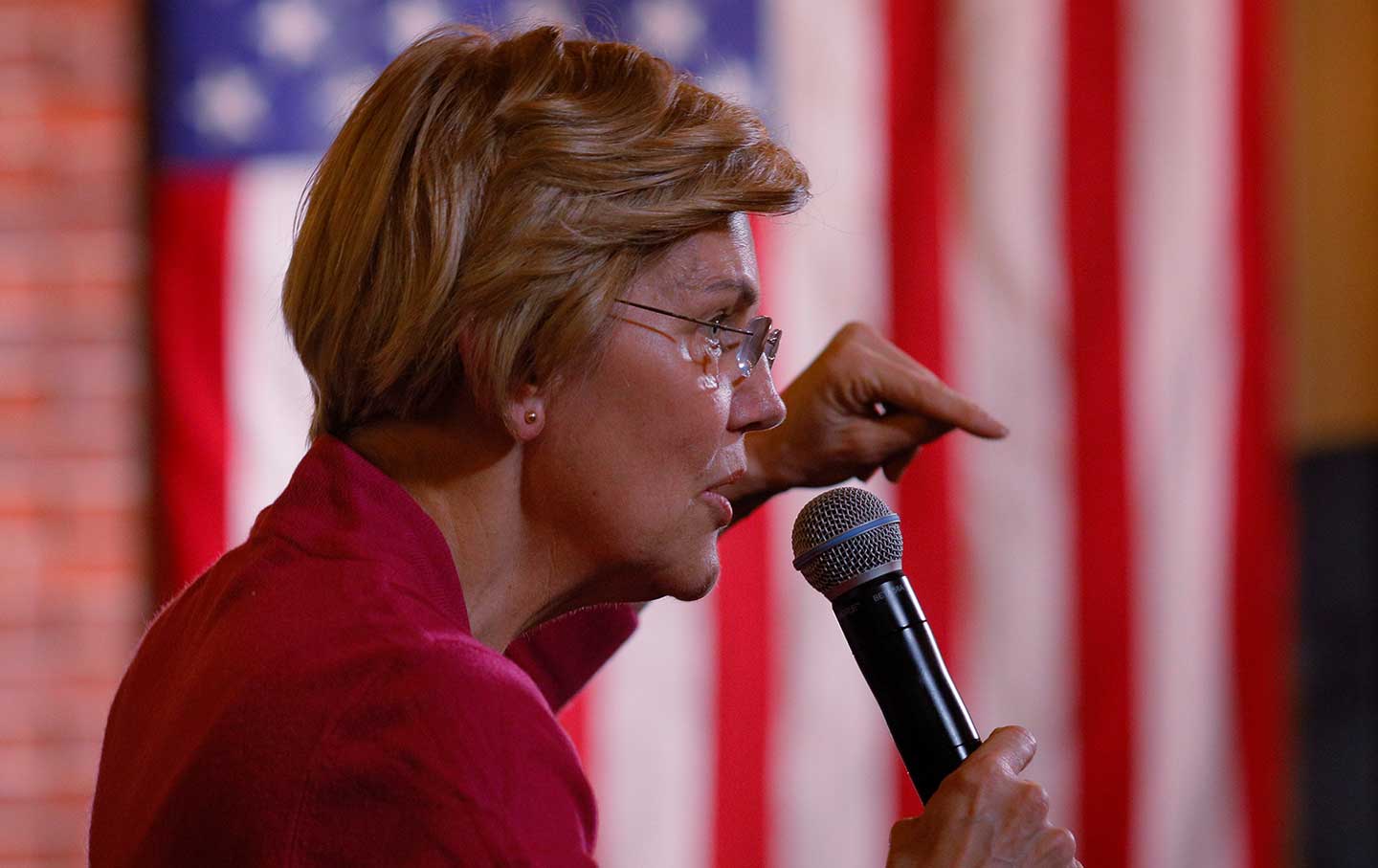 Elizabeth Warren has distinguished herself from the other contenders in the race for the Democratic presidential nomination with a full and knowing embrace of the US Constitution. The senator from Massachusetts read the redacted report from special counsel Robert Mueller, came to a conclusion grounded in her understanding of the system of checks and balances, and acted according to the dictates of the founding document.

“The Mueller report lays out facts showing that a hostile foreign government attacked our 2016 election to help Donald Trump and Donald Trump welcomed that help. Once elected, Donald Trump obstructed the investigation into that attack,” she announced on Friday. “Mueller put the next step in the hands of Congress: ‘Congress has authority to prohibit a President’s corrupt use of his authority in order to protect the integrity of the administration of justice.’ The correct process for exercising that authority is impeachment.”

This was not a jarring or radical statement for those who have actually read the Constitution. Rather, it was a savvy interpretation of how the document applies to the Mueller report by someone who is competing for the right to swear an oath, on January 20, 2021, to “preserve, protect and defend the Constitution of the United States.”

Warren, a longtime professor at Harvard Law School and one of the great legal scholars of our time, did the due diligence. She read the report, and she concluded that she had a “responsibility to speak out.”

“I took an oath to the Constitution of the United States,” the senator explained, “and the Constitution makes clear that the accountability of the president is—lies through Congress, and that’s the impeachment process.”

Warren spoke in the direct, unequivocal language that Americans have a right to expect from the president who will have to clean up the mess made by Donald Trump. While other contenders addressed the Mueller report, and some like Beto O’Rourke and Pete Buttigieg addressed the prospect of impeachment, it was Warren who went to the heart of the matter.

Warren does not top the polls in the crowded Democratic field. She has not raised the most money. Yet, there is a growing sense that the senator is winning “the ideas primary” that should be a serious consideration for the Democrats, independents, and frustrated Republicans who are desperate for a president who thinks—a status she enhanced with the release of a detailed plan to wipe out student debt and eliminate tuition at public universities.

By one key measure, however, she is unquestionably in the lead. With her clear-eyed embrace of the system of checks and balances, Elizabeth Warren has made herself the frontrunner in the Constitution primary.