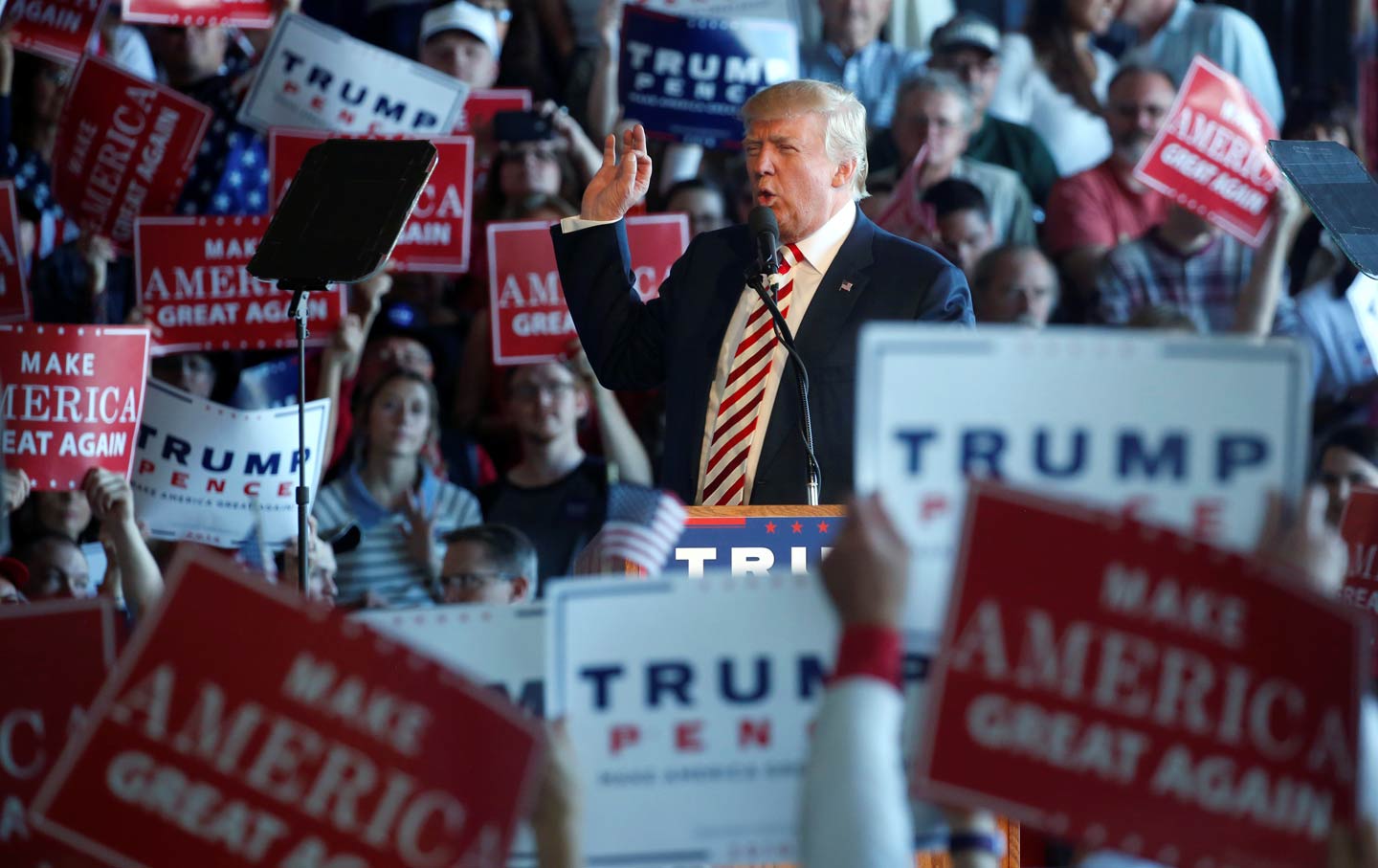 I spent the last days before the election in Colorado’s Roaring Fork Valley, four hours west of Denver by car, and a tiny world unto itself. The valley is nestled in the protective encasement of the Rocky Mountains; it is dotted with ranches and subdivisions, mobile-home parks and—because of the town of Aspen—some of the most expensive real estate in the United States. The valley’s population is mostly white, with a sizable Hispanic minority that, as in so much of the West, provides the critical labor base necessary for the basic functioning of the area’s economy.1

I have family in the Valley. I’ve lived there. So I decided that, given Colorado’s crucial swing-state status and my personal connections to the area, it was a good place to help get out the vote. Because of a quirk of geography, three different counties crisscross the Roaring Fork: Pitkin, the wealthiest and most liberal; Eagle, less liberal but still heavily Democratic; and Garfield, which leans Republican. I campaigned in all three counties, and spoke exclusively with Democratic and unaffiliated voters—bourgeois voters in Basalt, seasonal workers in Snowmass, committed leftists in Carbondale.2

I traveled to Colorado trusting that Clinton would win. I thought of my work there as an insurance policy. But as I knocked on door after door, and spoke with voters—many of whom had voted twice for Obama—I was quickly overcome with dread. She could lose, I realized. Oh my God, she could really lose. But I swallowed my own fears. The polls said Hillary had an insurmountable “firewall” in the Electoral College, I thought. “The plural of anecdote is not data,” I told myself. The choice was so blindingly clear—between a defender of basic American values (or what I took them to be) and a morose, illiberal bigot—that it barely even required justification. But I failed to see what was right in front of my nose, because I didn’t want to believe it was true. I violated my own cherished empiricism in order to sleep easier at night. I gaslighted myself.3

“The plural of anecdote is not data,” I told myself.

As I walked door-to-door, people—most worryingly, obviously well-educated, upper-middle-class women—kept telling me they just couldn’t vote for Clinton. One told me that, even though she wanted Clinton to win, she wanted to send her a “message” because of e-mail leaks showing that acting DNC Chair Donna Brazile had provided Hillary with advance knowledge about debate questions during the Democratic primary. “I want her to defeat Trump, but I don’t want her to think she has a mandate,” she told me. So whom will you vote for, I asked? “Evan what’s-his-name,” she said. She was trading a vote against authoritarianism for a candidate whose name she couldn’t even bother to remember. This is how democracies die.4

Another woman, a schoolteacher, told me she couldn’t vote for Clinton because of her hawkishness on foreign policy, as well as the Benghazi “scandal.” She had watched troubling videos about Benghazi online, she said. She knew Donald Trump was dangerous, she said. She’d never vote for him. He was despicable. But she just didn’t think Clinton deserved her vote. She put her own moral purity, her capacity to absolve herself of the inevitable disappoints of a Clinton presidency, over the physical safety and well-being of her countrymen, including the poorer Hispanic community living, I suppose invisibly, in her midst, in the downscale apartments and trailers quite literally around the corner from her subdivision. It is ironic that, in an effort to not dirty her hands, she bloodied them instead. This is how liberalism dies.5

And Hispanic voters in the Valley, whom I thought would be naturally enthused about voting against a candidate so anathema to them, were frustratingly difficult to reach. I imagine some were suspicious—scared—of Anglo strangers like me walking around their neighborhoods with clipboards. Lights were on inside homes, but no one would answer when I knocked at their doors. There was palpable fear in the air, even before Trump won. This fear, which has now likely metastasized into terror, is the goal of anomic despotism. This is how communitarianism dies.6

Hillary, of course, won Colorado, which is home to one of the most highly educated electorates in the country. She beat Trump in Pitkin and Eagle counties, but lost Garfield by a 49-42 percent margin, worse than 2012, when Romney beat Obama there 51-46 percent, and far worse than 2008, when McCain beat Obama by a mere .4 percent. In all three counties, Hillary under-performed Democrats down ticket. Gail Schwartz, a talented, moderate former Colorado state senator, was mounting a challenge to a Republican incumbent in Colorado’s huge and diverse Third Congressional District. She received more votes than Hillary in Pitkin and Garfield, the two counties in the Valley wholly within her district. Schwartz was still swept away in the pro-Trump tide.7

Hillary performed far worse across the country among college-educated whites, and college-educated white women, than she was supposed to, given prior polling, and the (again, now mistaken) belief that most white women simply could not vote for a man who repeatedly, and admittedly, violates women with despicable glee. But here we are. I was wrong about what I thought I saw with my own eyes. From enough distance, even tsunamis appear as specks out on the ocean.8