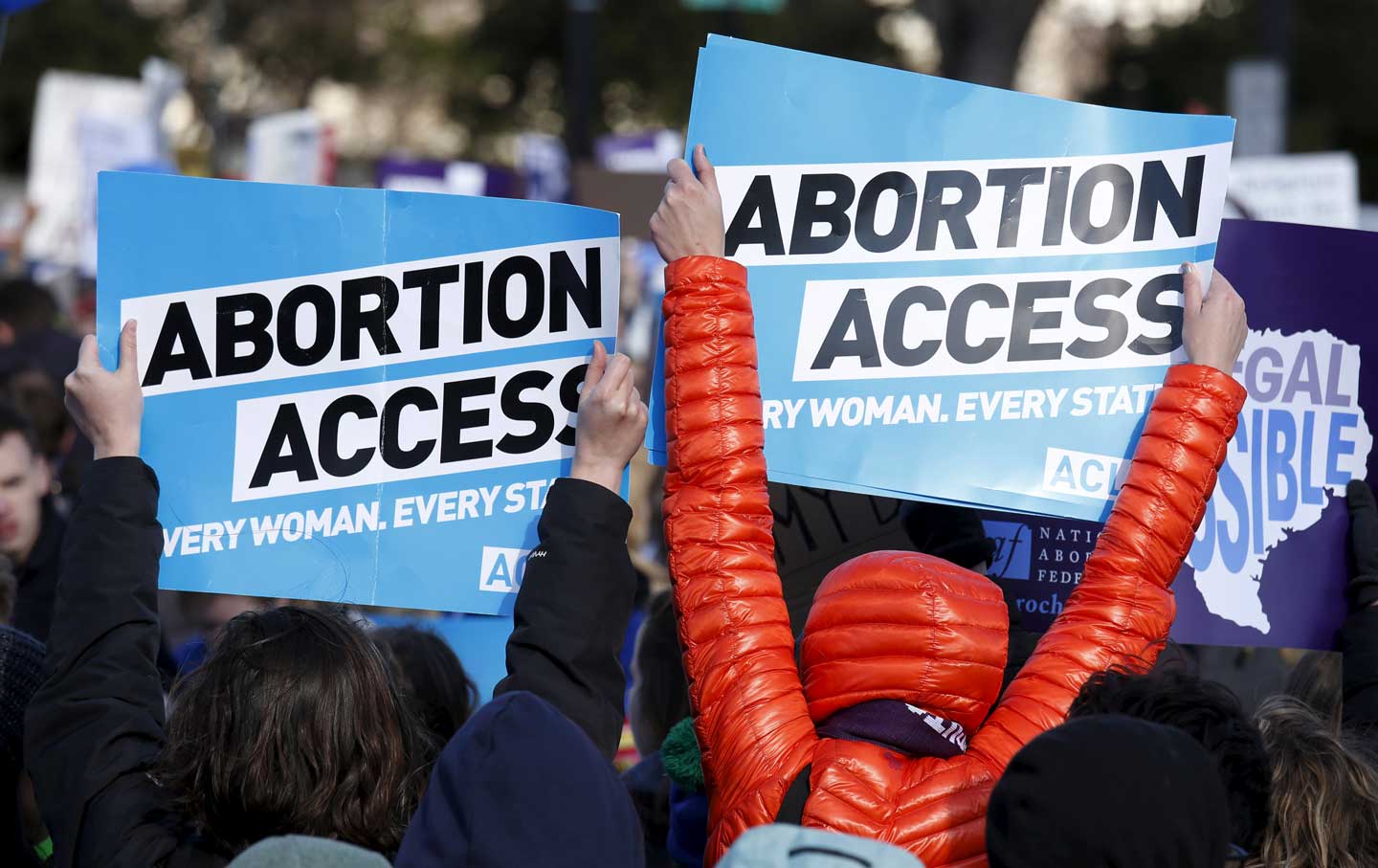 For a race with a record number of female candidates, the Democratic primary contest has seen relatively little discussion of reproductive freedom compared with other pressing issues. That changed at last week’s debate in Georgia, which earlier this year passed one of the most restrictive abortion bans in the country, as the candidates engaged in perhaps the most robust discussion of abortion rights since the campaign began. As my Nation colleague Joan Walsh writes, the increased attention on abortion rights was likely a product of the debate’s having four female moderators. It was also long overdue.

After MSNBC’s Rachel Maddow asked how the candidates would respond as president to the Republican Party’s attacks on reproductive rights, Senator Amy Klobuchar (D-MN) called for Roe v. Wade to be codified into law. Senator Cory Booker (D-NJ) tied abortion bans to voter suppression, pointing out that Georgia’s law would not have been signed had Stacy Abrams won the state’s controversy-filled election. Senator Bernie Sanders (I-VT) addressed the need for men to be pro-choice allies. And Senator Elizabeth Warren (D-MA) underscored that, in addition to harming women’s health, abortion restrictions also perpetuate economic inequality. “I believe that abortion rights are human rights. I believe that they are also economic rights,” Warren said, adding, “When someone makes abortion illegal in America, rich women will still get abortions. It’s just going to fall hard on poor women.”

The Trump era has seen an array of reproductive policy horrors, including the Office of Refugee Resettlement’s tracking of teen girls’ pregnancies and periods to prevent them from seeking abortions. But the president’s devastating impact on reproductive freedom is sometimes underrated, perhaps because it’s an issue on which he is marching in lockstep with longtime Republican orthodoxy.