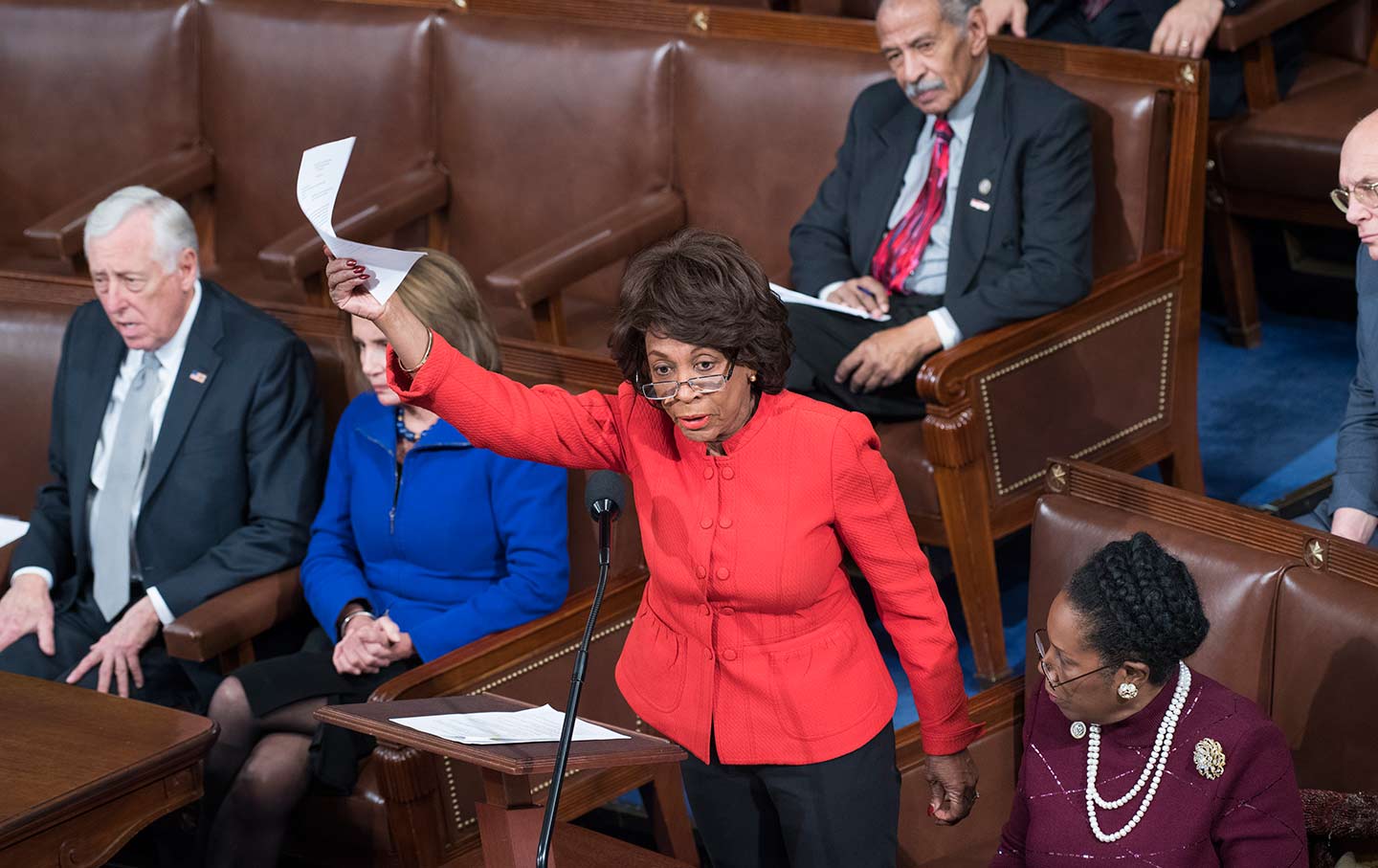 The arcane process by which the Congress of the United States reviewed and accepted the votes of the Electoral College to seat a president and a president who lost the popular vote in 2016 faced repeated objection Friday from progressive members of the US House who attempted to raise what Texas Congresswoman Sheila Jackson Lee referred to as “an American question of justice and fairness and the appropriate running of presidential elections.”

A number of members of the Congressional Progressive Caucus hoped to open a debate about the certification of Donald Trump’s Electoral College majority and about concerns that have arisen regarding an election in which Democrat Hillary Clinton received almost 3 million more votes than the Republican nominee.

Unfortunately, there was no debate because no senator agreed to join in the objections from the Democratic members of the House.

Under the United States Code, according to the Office of the Historian of the US House of Representatives, “During the Joint Session, Members of Congress may object to individual electoral votes or to state returns as a whole. An objection must be declared in writing and signed by at least one Representative and one Senator.”

Democratic senators declined to step up. But the House members did, with steady determination and the courage of their convictions.

As the Electoral College votes of the states began to be announced, with the count from Alabama, Congressman James McGovern, D-Massachusetts, asked to be recognized and calmly said: “Mr. President, I object to the certificate from the state of Alabama on the grounds that the electoral votes were not under all of the known circumstances regularly given and that the electors were not lawfully certified especially given the confirmed and illegal activities engaged [in] by the government of Russia—designed to interfere with our election—and the widespread violations of the Voting Rights Act that unlawfully suppressed thousands of votes in the state of Alabama…”

Vice President Joe Biden, who was presiding over the joint session of the Congress, interrupted McGovern and asked if the objection was in writing and signed by a member of the House and a member of the Senate.

McGovern replied: “The objection is in writing, signed by a member of the House of Representatives but not yet by a senator…”

“In that case the objection cannot be entertained,” the vice president declared.

But the House progressives kept rising to object—throughout the session.

Newly elected Congresswoman Pramila Jayapal, a passionate defender of civil liberties and civil rights from Seattle, rose to note how long lines and delays had made it difficult for Americans to cast ballots.

Biden interrupted her, saying: “There is no debate, and if it’s not signed by a senator, the objection cannot be entertained.”

“It is over,” said the vice president, as House Speaker Paul Ryan laughed and Trump’s supporters burst into applause.

But it was not over.

Californian Congresswoman Barbara Lee was gaveled down as she spoke of concerns about Russian hacking and the disregard of voting rights.

Finally, California Congresswoman Maxine Waters rose and calmly objected to Biden’s interruption of her objection, saying: “I do not wish to debate. I wish to ask: Is there one US senator who will…”

But protesters in the gallery took up the call. As Biden announced the final count—finishing the process that will make Trump the 45th president of the United States—activists objected. They were forcibly removed. But before they were removed, the protesters were heard. “I rise to defend our democracy. We reject this electoral vote,” a woman called out. A man shouted: “I rise to defend free and fair elections. Donald Trump as commander in chief is a threat to American democracy.” As the last of the protesters was escorted to the door by Capitol Police, he recited in a clear, strong voice the preamble to the Constitution: “We the People of the United States, in Order to form a more perfect Union, establish Justice…”