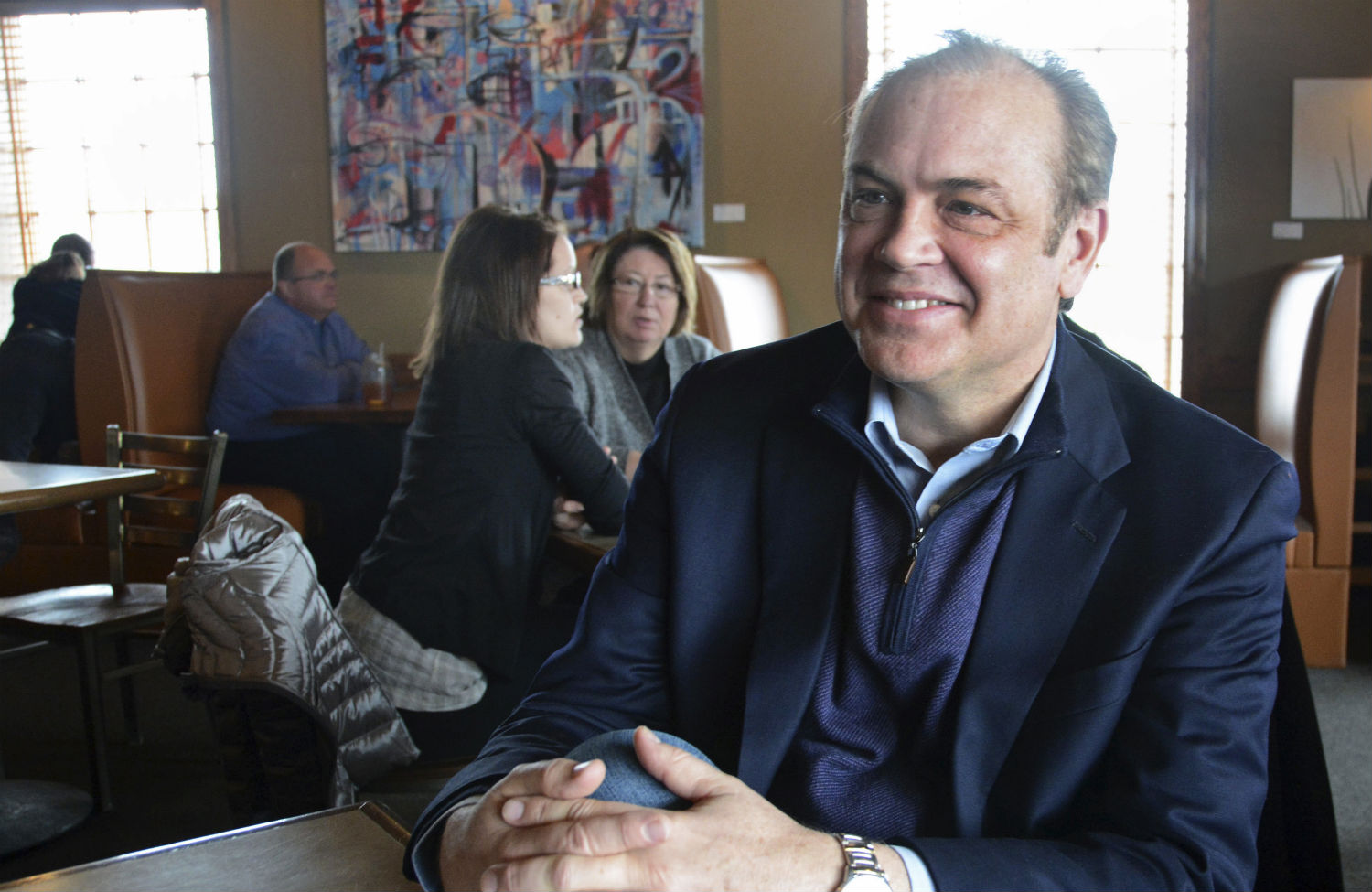 Rick Weiland is finishing off the unlikeliest—and potentially most transformative—Senate race of 2014 with the same prairie-populist message he has taken to all 311 towns in South Dakota. “Look, we’re more alike than different,” says the Democrat, whose campaign stops still feature the candidate singing “Hey, hey, no one’s bought me” to the accompaniment of his acoustic guitar. “We all have families, kids whose pictures we carry in our wallets, folks getting on, and many with small businesses. Where we’re different is that some of us believe the corporations and billionaires, who already have more, deserve more—tax breaks that will hurt programs the rest of us depend on, like Medicare and Social Security. The rest of us believe it’s time we got a break instead. I’m on the side of the rest of us. Maybe there will be enough of us to make it happen.”

There actually might be enough “rest of us” voters in South Dakota to elect Weiland. If there are, he might save a seat the Democrats had written off as a lost cause—and in so doing, he just might keep them in control of the Senate. That’s a lot of “mights,” even for this volatile campaign season. But at the close of an election year that started out as a tough one for Democrats and never got any easier, mid-October surveys showing the South Dakota contest as competitive raised hopes where party leaders least expected it.

When two-term Republican Governor Mike Rounds jumped into the race to replace retiring Democratic Senator Tim Johnson, Democratic strategists quickly gave up on South Dakota and planned to retain their majority elsewhere. As other states with retiring Democratic senators trended Republican, however, and as Democratic incumbents found themselves in increasingly rough races, the search for contests that would help the party retain its majority got desperate. Strategists started talking up races in states like Kansas (where independent Greg Orman, who promises to caucus with the party that wins a majority, is running even with Republican Pat Roberts) and Georgia (where Democrat Michelle Nunn looks to be headed for a runoff fight for a GOP seat). The math that might add up to fifty-one was frustrating; but then came the polls that showed Weiland in striking distance of Rounds in South Dakota.

A multi-candidate race that includes eccentric former GOP Senator Larry Pressler and a Tea Partier running to the right of Rounds lowered the bar. But then came revelations that Rounds had hired a political crony to run a program providing green cards to noncitizens who steered $500,000 into American business ventures. Suspicions about the governor exploded, and Weiland’s populist oratory about how “big money’s rigged the system, and our economy doesn’t work for all of us anymore” started to sound like precisely the right message for an insurgent candidacy.

That Weiland was in position to make the appeal owes nothing to DC Democrats. Long after he picked up the party’s banner and started carrying it across South Dakota in his blue minivan, the Washington insider journal The Hill noted that “Rick Weiland will be the Democratic Senate nominee in South Dakota, but party leaders are less than thrilled about it.”

That’s because the feisty candidate has refused to run a cautious campaign. Instead of dancing around questions on the Keystone XL pipeline, the former congressional aide and regional FEMA director flatly declared his opposition to it. Weiland dared to disagree with the National Rifle Association, endorsing background checks. And he dared to disagree with President Obama on arming rebels in Syria.

Weiland wasn’t the only Senate candidate sounding populist themes on the 2014 trail. A number of Democratic contenders ripped their Republican foes for embracing Paul Ryan’s schemes to maintain tax breaks for the rich while attacking Social Security. Iowa’s Bruce Braley accused Republican Joni Ernst of wanting to “gamble retirees’ savings on Wall Street” and proclaimed, “That’s not a retirement plan for Iowans, that’s a retirement plan for Wall Street executives.” Maine’s Shenna Belows decried “Republicans in Washington [who] brought our economy to the brink of collapse, and the recovery [that] has favored the largest corporations at the expense of our local communities.” Georgia Democrat Nunn tore into her wealthy Republican opponent for saying he had spent “most of my career” outsourcing US jobs. But Weiland hit all those marks and more, relishing every chance to sound the old-school populist themes that once worked for a South Dakota Democrat named George McGovern.

Weiland’s resolute focus on attacking the money power won him some kind words from Senator Elizabeth Warren, along with a late-in-the-campaign boost from Lawrence Lessig’s Mayday.us movement. But what it really did was renew the old Democratic coalition of union members, school teachers, working farmers and Native Americans. Weiland’s “Take It Back!” signs are seen along country roads and on the sides of barns. The nine South Dakota Indian tribes that have endorsed Weiland are organizing for a big turnout. It’s still an uphill race, especially in a year like this one, and especially in a red state like South Dakota. But if it turns out that there are enough of the “rest of us” to make that happen, Rick Weiland’s campaign might yet send the strongest political signal of 2014.