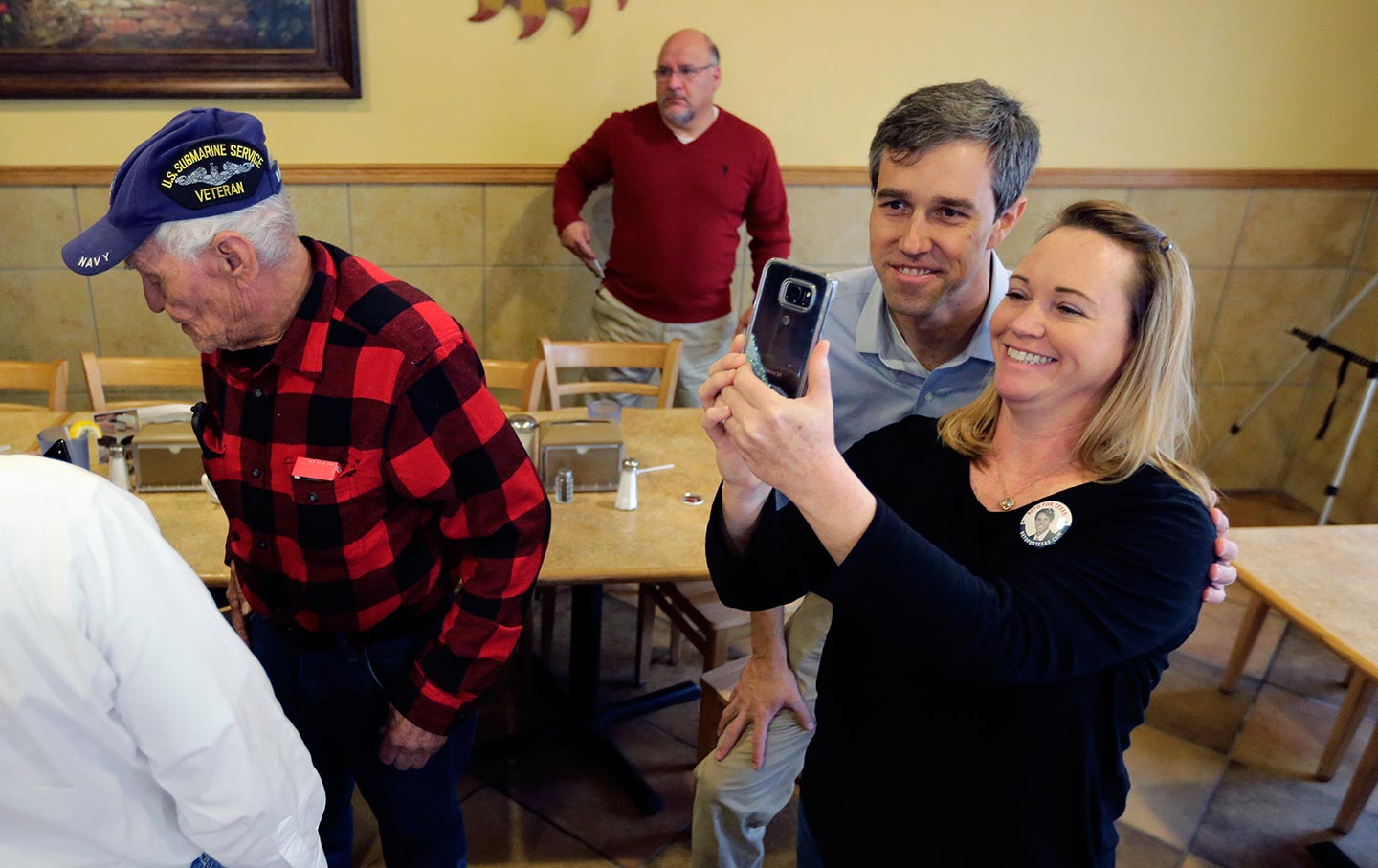 “I can think of nothing more American than to peacefully stand up, or take a knee, for your rights anytime, anywhere, any place,” said Texas US Senate candidate Beto O’Rourke, when he was asked how he felt about protests by National Football League players.

That may not sound like a typical US Senate candidate in Texas—Democrat or Republican. But, of course, Beto O’Rourke is not typical.

And that could make all the difference—in Texas this fall, and in the broader national contest for control of the US Senate. O’Rourke is mounting a boundary-breaking challenge to Republican incumbent Ted Cruz. And it seems to be working.

The Democratic congressman from El Paso’s blunt talk, savvy use of social media, and energetic campaigning have kept him competitive with Cruz. Polls have the challenger at 45 percent to Cruz’s 49 percent, with 6 percent undecided. That’s a seriously competitive race, and Texas Democrats are now talking about the prospect that O’Rourke could be the first Democratic senator from Texas in a quarter-century.

This turn of events has got Cruz and his backers sputtering more nonsense than usual. The meanest man in the Senate has been attacking O’Rourke for months—trying to get the Democrat to back off and back down.

But O’Rourke refuses to play politics as usual. He seeks to mobilize new voters, so he is talking in new ways: saying he would vote for the impeachment of Donald Trump and breaking with Trump on the NFL issue.

Asked at a Houston town-hall event about whether he thought the NFL protests were disrespectful, O’Rourke said, “My short answer is no, I don’t think it’s disrespectful.”

The Democrat did not stop there.

“Here’s my longer answer,” he added. “I’m gonna try to make sure that I get this right because I think it’s a really important question. And reasonable people can disagree on this issue, let’s begin there.”

Recalling Taylor Branch’s book Parting the Waters: America in the King Years 1954-63, O’Rourke spoke of “what Dr. King and this nonviolent, peaceful movement to secure better—because they didn’t get full—civil rights for their fellow Americans, the challenges that they faced: those who died in Philadelphia, Mississippi, for the crime of trying to be a man, trying to be a woman, in this country; the young girls who died in the church bombing; those who were beaten within an inch of their life crossing the Edmund Pettus Bridge in Selma, Alabama, with John Lewis; those who were punched in the face, spat upon, dragged out by their collar at the Woolworth lunch counter for sitting with white people at that same lunch counter…”

O’Rourke explained that freedom was secured by “those in uniform” and by “those who took their lives into their hands riding those Greyhound buses, the Freedom Riders in the Deep South in the 1960s who knew full well that they would be arrested…Rosa Parks getting from the back of the bus to the front of the bus.”

The Texas Democrat concluded that

Peaceful, nonviolent protests, including taking a knee at a football game to point out that Black men, unarmed; Black teenagers, unarmed; and Black children, unarmed, are being killed at a frightening level right now, including by members of law enforcement, without accountability and without justice.

And this problem—as grave as it is—is not gonna fix itself, and they’re frustrated, frankly, with people like me and those in positions of public trust and power who have been unable to resolve this or bring justice for what has been done and to stop it from continuing to happen in this country. And so nonviolently, peacefully, while the eyes of this country are watching these games, they take a knee to bring our attention and our focus to this problem and ensure that we fix it.

Beto O’Rourke is right—about the value and necessity of dissent, and about how to run for the US Senate in 2018.

MLB, NBA and NHL Games Canceled in the Twin Cities