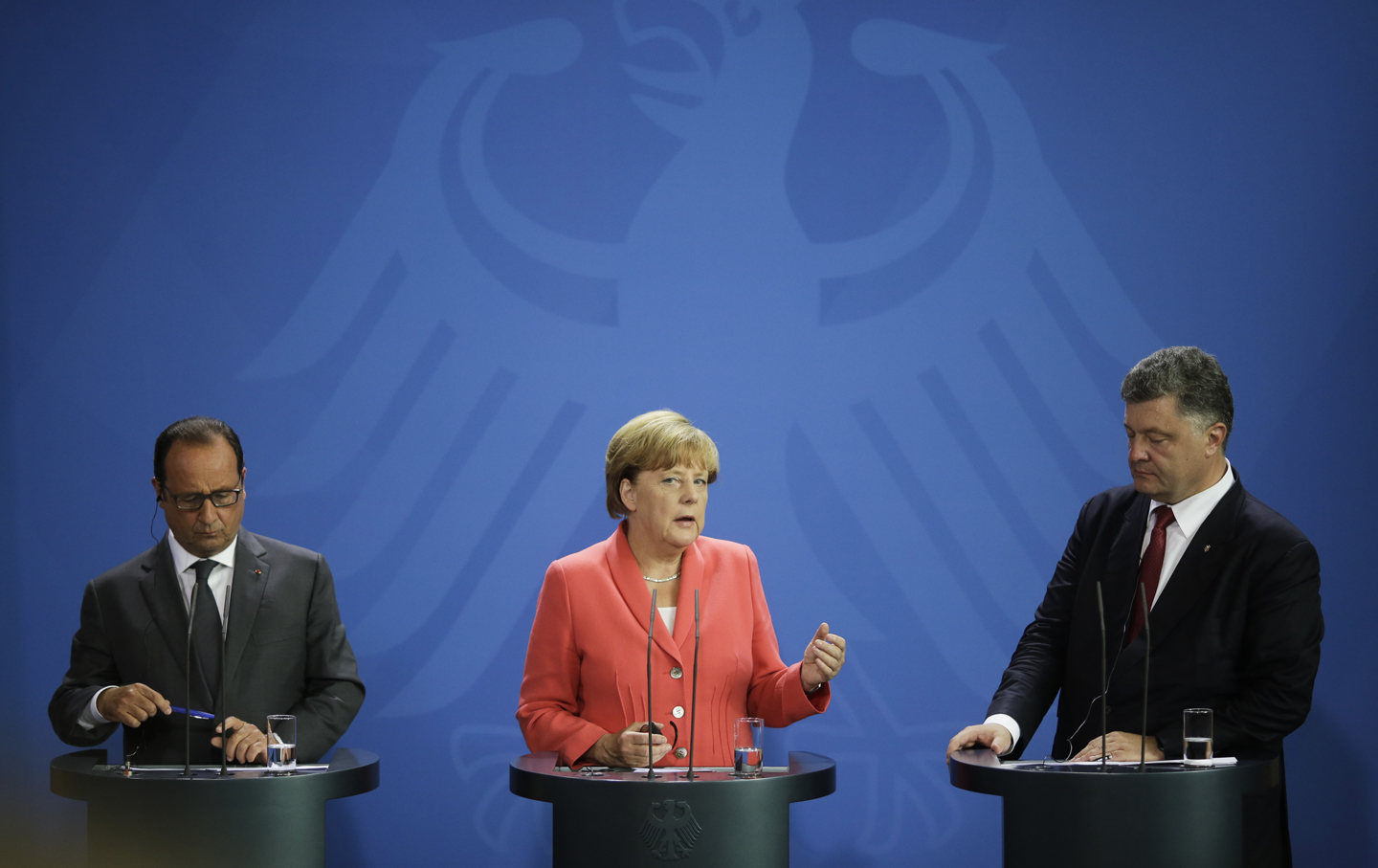 Nation contributing editor Stephen F. Cohen and John Batchelor continue their weekly discussions of the new cold war. This installment focuses on different but related recent developments. According to Cohen, by summoning Ukrainian President Petro Poroshenko to Berlin, German Chancellor Angela Merkel, and French President François Hollande made clear that the US-backed government in Kiev, not Moscow, is blocking implementation of their Minsk plan for negotiating an end to the Ukrainian civil war. By publicly rejecting several premises of US policy, Dr. Henry Kissinger has breached the political-media orthodoxy that Putin’s Russia alone is responsible for the new cold war. And by enacting a law mandating the memorialization of Stalin’s millions of victims, in popular culture and in public institutions, Putin has taken a step first called for by Soviet leader Nikita Khrushchev 54 years ago, and has done so despite “bitter resentment” on the part of many of today’s Russian officials, intellectuals, and millions of citizens. He has also defied Putin-phobic assertions in the West that he is reviving the worst traditions of Russia’s Soviet past.