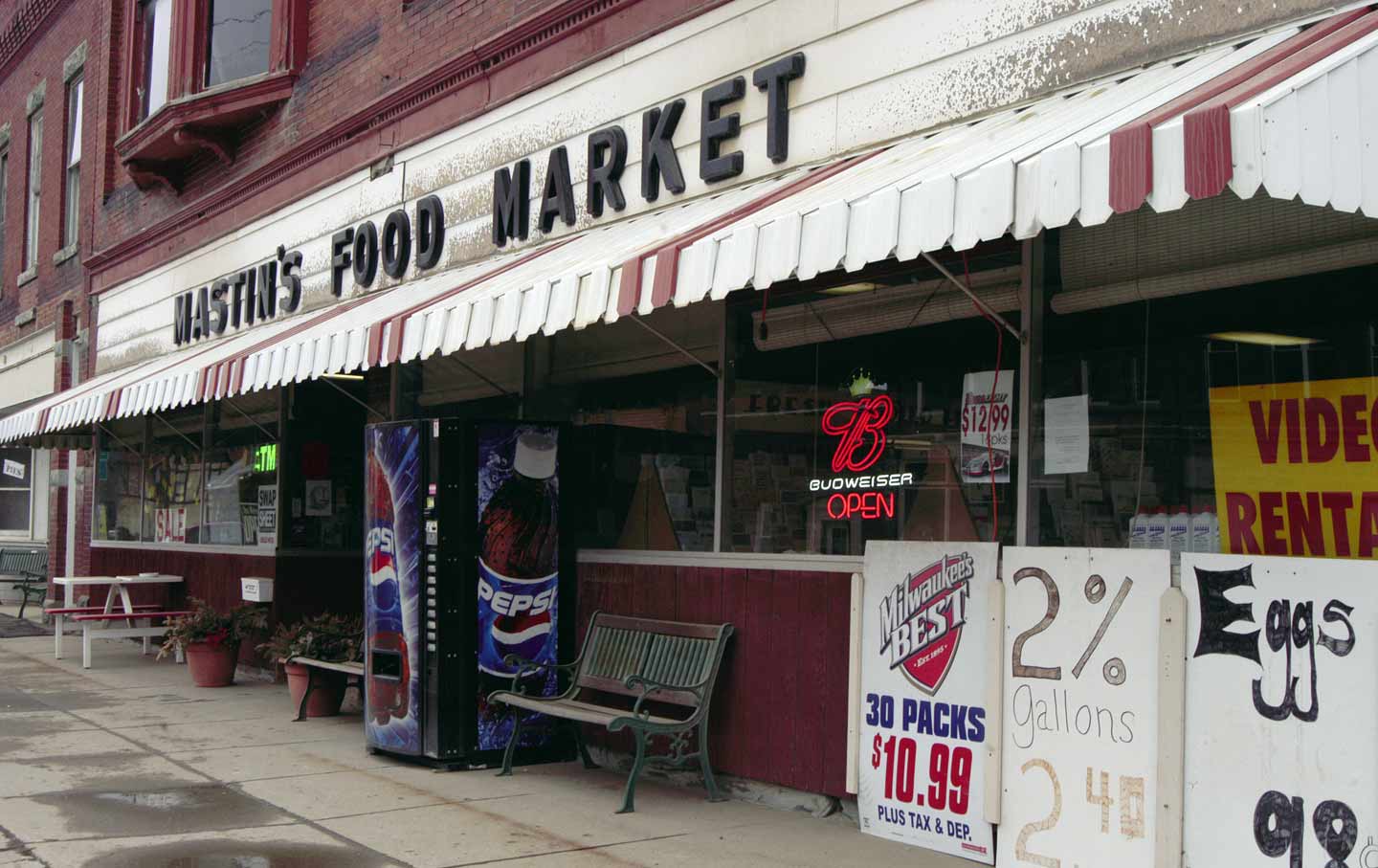 In the toy aisle, which is inconveniently next to the bread aisle, I tell my 5-year-old son we are not getting a truck today. I tell him we buy what we need, and not more. I tell him I have enough money for food, but nothing else. I tell him I don’t buy treats for myself.

“You buy art supplies,” my son says. And I’m stumped.

Because, of course, he’s right.

I live in Appalachia, in the poorest county in my state. I often make less in a month than some people spend on cable, though my son and I don’t have cable. We don’t always have trash collection. I drive a 15-year-old car with dents in the back and a scrape on the side that will never get fixed, and I’m behind on medical bills.

But I do buy art supplies.

One of my first memories is of drawing. I’m sitting below the table while my parents have dinner; I’m drawing their portraits. Outside, rural Indiana is flat and abandoned. Our road is gravel. Our neighbors have trailers. But in the warmth of the kitchen, I draw and dream.

When I became a mother—and then, a solo mother—I found myself saying the same words to my son. I filled an old suitcase with art supplies, and put the suitcase in the living room. Mostly, I did it to distract him, to gain a few minutes so I could fold laundry, or start dinner.

But something happened: My child came to love art.

A few years ago, I took him to a “First Friday” event, a street fair when the stores—those that are still in business—stay open late, and there are hot dogs and a high-school band. Kids were playing in a fountain, but my kid starting sobbing. Because he wanted to see paintings. He had heard me mention an art gallery—and he had to see the paintings there.

My son became enamored with paintings after seeing the art I make at night after he’s asleep. Most nights I fall asleep working as a freelance reporter, drifting off over my laptop, but some mornings, it’s paper and paint pens that litter the quilt when he wanders into my room. He holds the images up. He has questions. He has favorites, and constructive criticism.

Not long ago, in the midst of making what I thought was a couch fort, he made his own art gallery. He turned the biggest cushion on its side and taped up his creations to the fabric. He’s also done an “installation” in which he taped greeting cards, string, an odd piece of paper from a grocery bag he cut out himself, and small toys to the wall. He did this after seeing me arrange my own postcards on the wall of our rented place, to cover a water stain.

My child is observant—he knows we struggle—and is prone to worry. It’s just clothes, I tell him when he has a play date that will end in mud and wet grass. It’s okay if they get dirty. That means you’re having fun.

Why do I bother making things?

One of my jobs as a poor mother is to make things, to stretch the laundry detergent with water, to fit the screws back in the car door with wire. What is living in poverty if not constantly being creative? Continually making it work? Making the unbearable, bearable. Making the money last. Making the unlivable not just livable but survivable.

So I cover up scuffs in shoes with marker. I use baking soda to wash my face. Every leftover portion from dinner, I carefully wrap and freeze.

Self-sufficiency is a hallmark of Appalachian life, as is DIY ingenuity. Everything is jury-rigged, slapped, or duct-taped together. One Christmas, my friend helped me chop a tiny evergreen, but when I got it home, I realized I had nothing to put it in. So I filled a pot with water, propped the tree in it, and secured it to the pot handles with rubber bands. Appalachian tree stand.

That’s the descriptor for what we do—and it’s a brand of honor. Appalachian tanning bed: a blanket in the sun. Appalachian recycling bin: Throw your empties out the window.

There is more to this life than struggle; there is also great love. I learned that when my son was a newborn, and the knocks on the door began: strangers with mason jars of soup and trays of rice and beans. I learned it when my son was a toddler, and a friend’s father gave him a bicycle and spent hours helping me teach him to ride.

Living in Appalachia, being surrounded by people who are the kindest, most generous I have ever met, even though they have the least, has allowed me to find a way when it seemed there was no way. It has made me feel strong and capable at the hardest points of my life. It has also allowed me to give. When I feel like I have nothing, I can give my son the gift of creativity, the gift of imagination, the gift of spending a happy hour painting cardboard on the porch.

Yes, the porch is splintered, and it doesn’t belong to us, and we don’t own the land—we don’t own any land, not yet—but the paint is bright, the colors are true, and my son smiles.