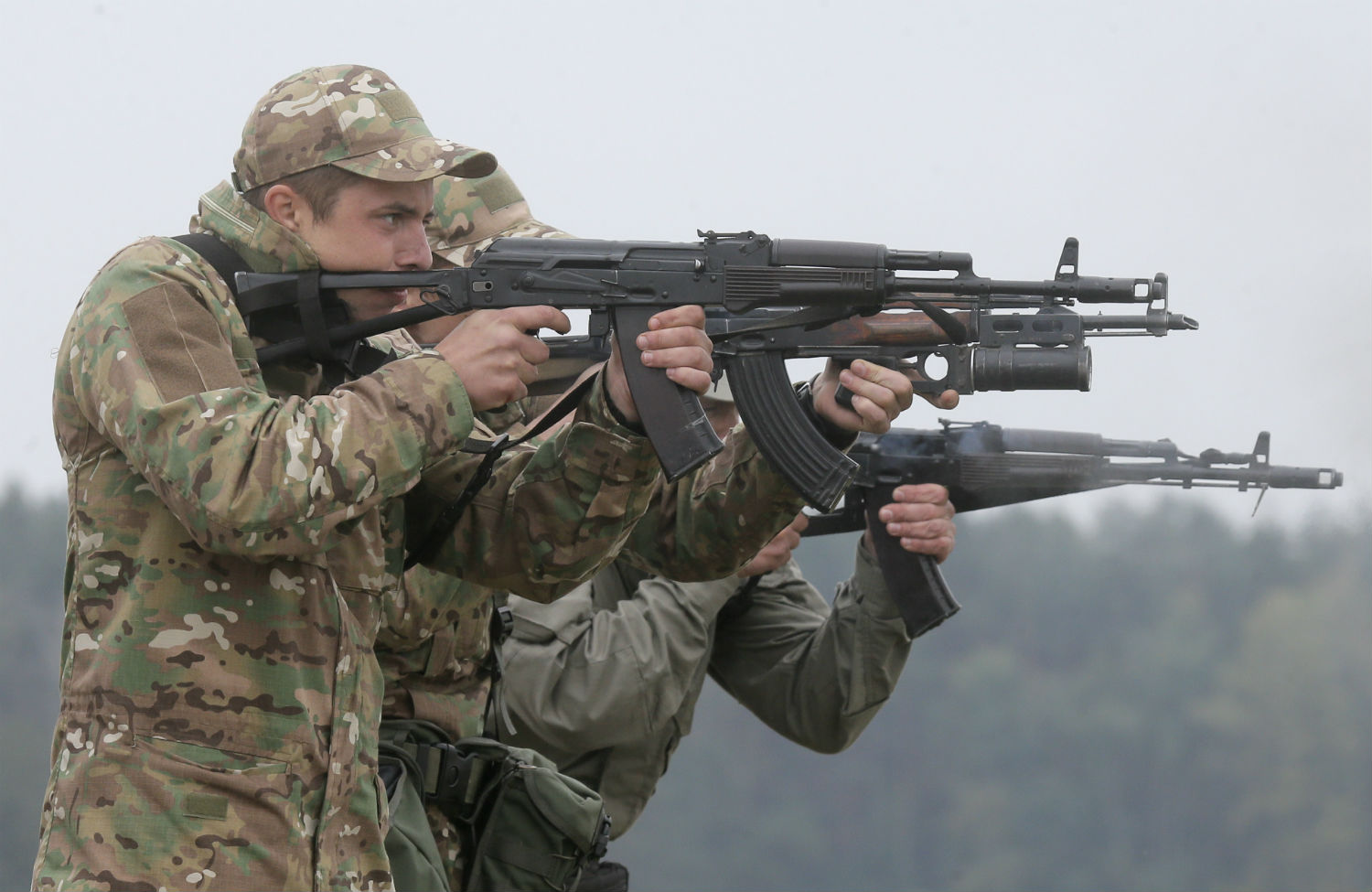 As if to prove that the one thing the Washington establishment fears more than war is peace, Senate Armed Services chairman Carl Levin (D-MI) and ranking member James Inhofe (R-OK) published an op-ed in The Washington Post on Monday calling for the United States government to arm Ukraine. The first indication that the primary aim of their article is to further destabilize US-Russian relations is its timing, coming as it does only a week after Secretary of State John Kerry and Russian Foreign Minister Sergei Lavrov held what was generally seen to be a relatively constructive meeting in Paris. The last thing the denizens of Capitol Hill want right now is any sort of rapprochement with Putin’s Russia, especially not in the run-up to the midterm elections. Putin is, after all, America’s villain du jour.

Yet while the Senators’ op-ed is tendentious in the extreme, it is actually fairly representative of the prevailing view among Washington’s foreign policy cognoscenti and therefore merits some scrutiny. The senators pile on one dubious claim after another. Readers are told at the outset that “now is the time to add defensive military aid, including weapons, to our support of Ukraine.” Exactly why the senators feel “now” is the right moment to do so is left unexplained. Surely funneling ever greater quantities of weapons into Ukraine is exactly the wrong thing to do, given that the September 5 cease-fire barely continues to hold in and around Donetsk. It would be tantamount to adding oxygen to a fire.

The Post’s more discerning readers will also note that calling the proposed military aid “defensive” is merely an attempt to obscure the nature of what we would actually be doing: becoming a party to the conflict. The qualifier “defensive” is meant to give the impression of a difference—between so-called “offensive” and “defensive” weapons—where none exists. It is simply a distinction that hinges on intent. Are we seriously to believe that the United States has the power to discern in advance how Kiev actually intends to use the weapons? According to the Senators “these weapons are lethal, but not provocative” because of their defensive nature. Surely Moscow wouldn’t dare argue with that kind of ironclad logic.

Readers are then asked to believe that a shipment of American arms into what is still a conflict zone is justified because “supporting Ukraine’s desire for peace, freedom, territorial integrity and democracy supports values Americans hold dear.” In other words, the senators are simply calling for the Obama administration to put into practice what some of the more sanguinary neoconservative activists have been calling for since 9/11: that America, per Max Boot’s infamous formulation, should “impose the rule of law, property rights, and other guarantees, at gunpoint if need be.”

Then there is the usual boilerplate with regard to the threat Putin’s Russia poses to “all of Europe”—as if the Kremlin has been covertly planning to snatch large swaths of eastern Ukraine, to say nothing of the former holdings of the pre-1917 Russian empire in Poland and the Baltics, all along. Absent from the Levin-Inhofe narrative is any mention the role that NATO’s continuous advance towards Russia’s borders over the past twenty years may have played in stoking the conflict. In Washington, NATO expansion is always proclaimed to be “defensive” and thus perfectly benign.

The senators go on to tell us that supplying arms to Kiev also makes eminent sense because “as we saw with the downing of the Malaysian jetliner, reportedly by Russian-supported forces, the impact of Putin’s reckless aggression is global.” Mentioning the MH17 tragedy is, for the senators’ argument anyway, an unfortunate misstep, because it only serves to bolster the arguments against supplying military assistance to Kiev. Over the weekend, it was reported that the German intelligence service (BND) has obtained evidence that the missile that the Ukrainian rebels used to shoot down the Malaysian jet was a BUK captured from a Ukrainian military base. The missile in question was not, as was repeatedly charged by the US Department of State, provided to the separatists by Russia.

If the BND is correct, then this calls the Levin-Inhofe plan even further into question. It becomes imperative to ask: How much control does Kiev really have over its own stockpile of munitions? Here we might do well to recall our recent experience in the Middle East in arming the so-called “moderate” forces. American weapons that had been intended to be used in the fight against ISIS quite suddenly turned into weapons that are now being used by ISIS. The senators suffer from what I would call the illusion of control: that providing military aid to a given party to a conflict somehow grants the United States a measure of control over the outcome. History shows otherwise.

In the final analysis, the Levin-Inhofe plan will only put the United States, Ukraine and Russia further along down the road to war and will do nothing to promote a peaceful and lasting settlement.