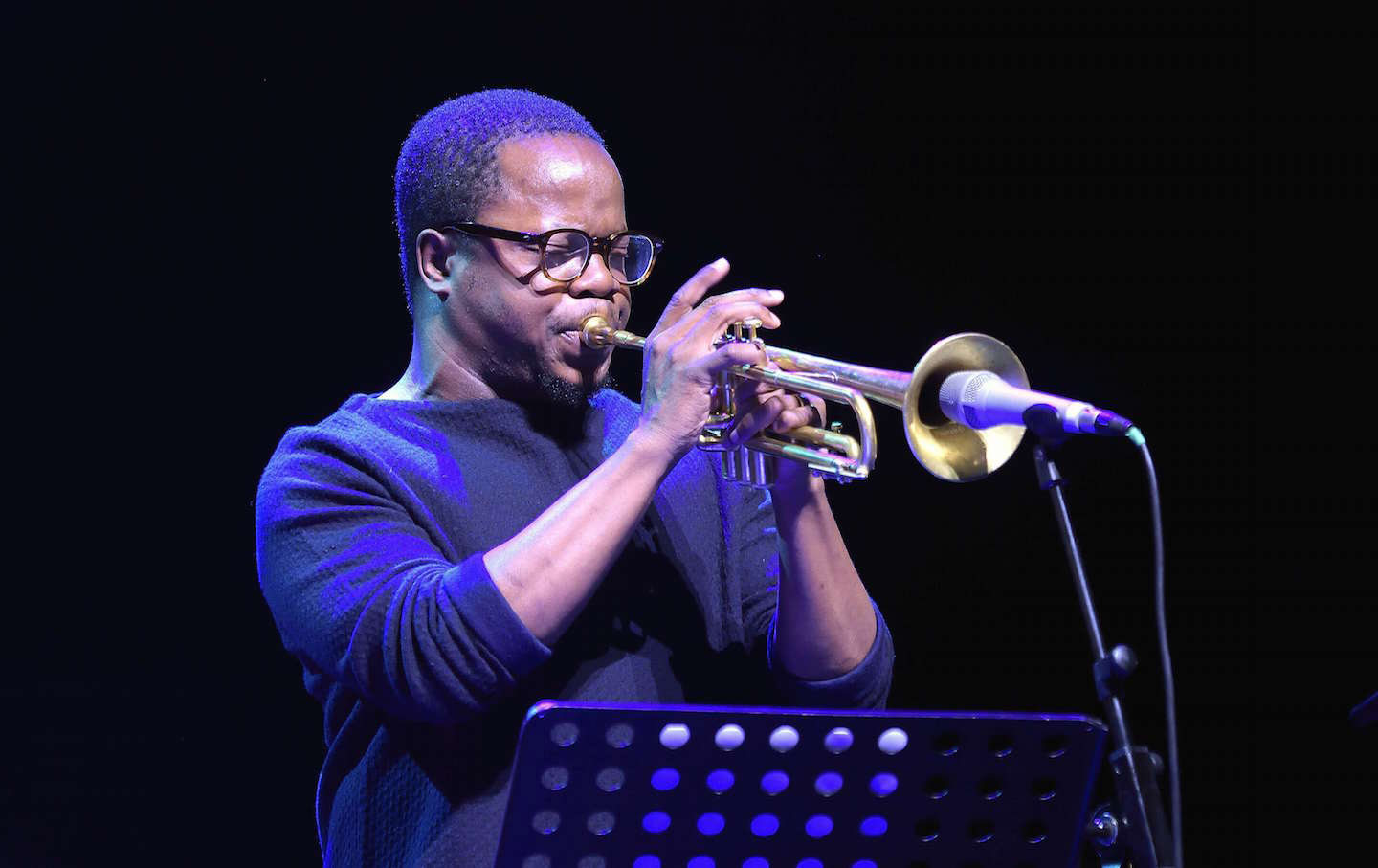 The musical equivalent of a martial-arts master, Ambrose Akinmusire has taken one of the greatest strengths of jazz—the way it promotes individuality of expression in the service of group communication—and used it to flip the music upside down and smash it on its ass. Akinmusire, a composer and trumpeter of rare daring and creative intelligence, recently released his fifth album as a leader, Origami Harvest. It brings together three distinct schools of music: small-group jazz, hip-hop, and chamber music. Akinmusire allows each of the three to work on its own terms—the jazz impulsive and complex, the hip-hop fierce and allusive, the chamber music nuanced and lyrical—and each has roughly equal weight in the music as a whole. The result is an album that sounds like nothing other than itself. If it’s not exactly ideal jazz by traditional standards, it’s the jazz ideal carried triumphantly into 2018.

Akinmusire composed Origami Harvest under a co-commission by two influential bodies of the institutional avant-garde, the Liquid Music Series of the Saint Paul Chamber Orchestra, and the Ecstatic Music Festival at Merkin Hall in New York. The first presented the premiere of the work on February 15, 2017, and the second staged it three days later. I was lucky to see the Merkin Hall concert, loved it, and have been eager to hear if the disparate elements of this music, dynamically incongruous on stage, would hold up in a recording. They do and, in fact, sound even better together with multiple listens.

In both performances and on the album, Akinmusire used the Mivos Quartet for the chamber component of the piece, the rapper Kool A.D. for the hip-hop, and the pianist Sam Harris and the drummer Marcus Gilmore for the jazz. Akinmusire’s writing for string quartet is lovely and warm, but propulsive, with just enough (and never too much) minimalist repetition, and well placed passages with chromatic bite. The jazz playing is judicious and emotive, with Akinmusire improvising lines of fearsome beauty, brooding and raging with such eloquence that he seems not to be playing the trumpet but rather willing the music into the air. And the rapping by Kool A.D. is (typically for him) wry and arch, offhandedly literate, and wittily self-referential. Tossing off freestyle streams of images and rhymes, nods to his own past work, and vintage curios like The Sugarhill Gang’s Rapper’s Delight, he works precariously on the divide between self-serious posturing and self-parody.

Overall, Origami Harvest is deadly serious, and literally so, with the death of African-American men and women (and children) at the hands of law enforcement in America among its themes. Akinmusire has dealt squarely and emphatically with social and political issues since his 2011 album, When the Heart Emerges Glistening, which included the track “My Name Is Oscar,” with its spoken passages by Akinmusire inspired by the death of Oscar Grant III, who was murdered not far from where Akinmusire grew up, in Oakland. His next album, 2014’s The Imagined Savior is Far Easier to Paint, featured “Rollcall for Those Absent,” on which a young African-American girl, Muna Blake, recited a list of victims of racial injustice and police brutality. On Origami Harvest, Akinmusire takes that role himself on the track “Free, White and 21,” whispering a list of such victims that has only grown.

The miracle of Origami Harvest, musically, is the unpredictable success of its scheme. Much of the work sounds like a trio of albums being played at the same time; and yet, the pieces come together in startling accord. Within the first minutes of the opening track, “a blooming bloodfruit in a hoodie,” Kool A.D. free-associates about gravity, hypnosis, and “cosmic curvatures” while Akinmusire riffs in volatile spurts over humming strings. Each of the three individual elements retains its identity, never adulterating its musical character to accommodate a different style in the manner of “crossover” music, where, say, a symphony orchestra plays down to sound “pop” or rock musicians overplay to sound symphonic. In boldly musical terms, Origami Harvest is a celebration of difference without compromise. Infused with rage and sadness, lyrically and sonically, the music tells a story of possibilities in sound and in life.