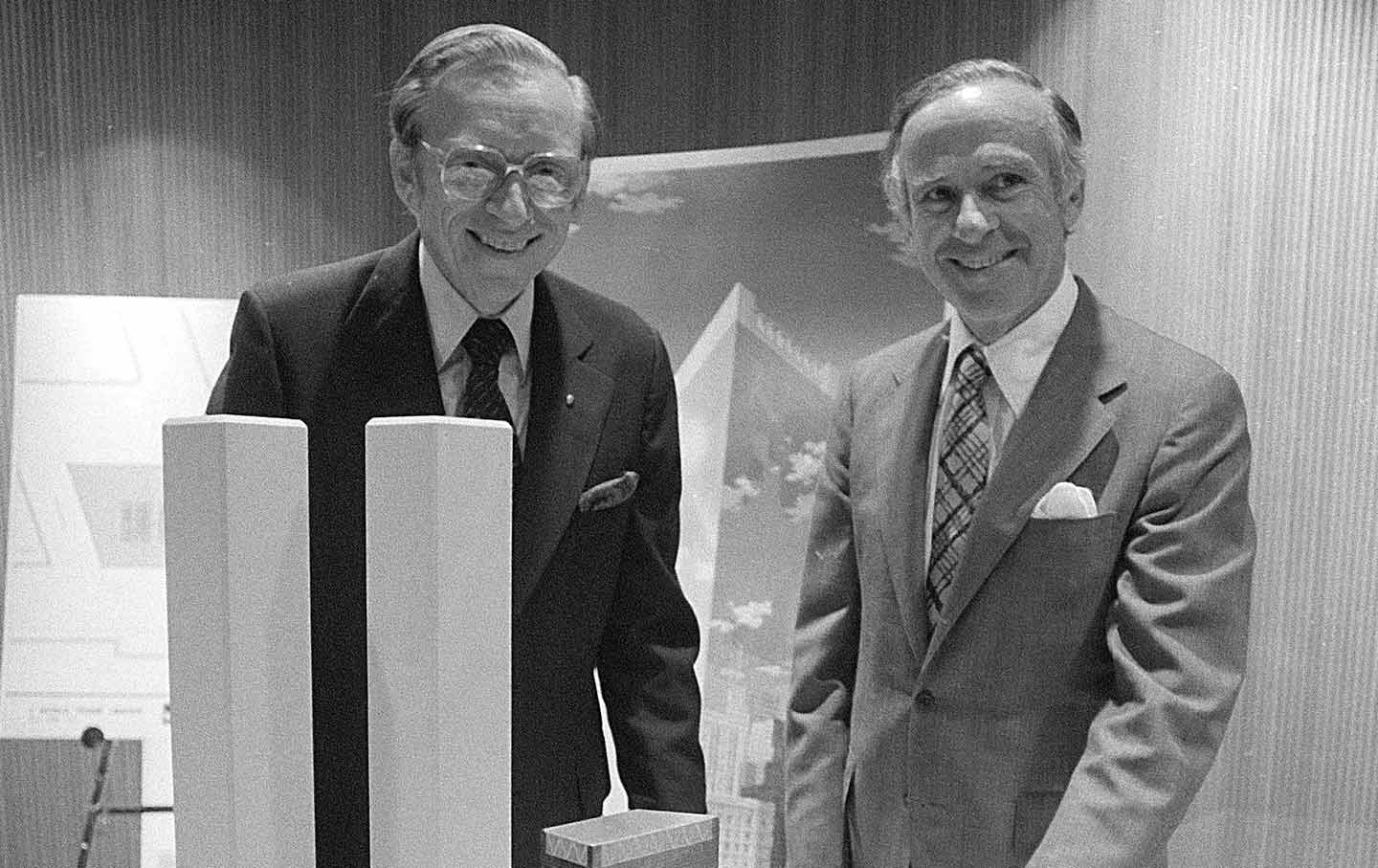 If New Jersey Governor Brendan Byrne hadn’t won reelection unexpectedly in 1978, Alan Sagner—who died a couple of weeks ago at the age of 97—might have ended up as publisher of The Nation. But New Jersey’s gain was The Nation’s loss, as Byrne, in consultation with New York Governor Hugh Carey, named Alan, a former state transportation commissioner, to head the Port Authority of New York and New Jersey. And instead of buying The Nation himself, Alan supported the effort of Hamilton Fish and myself to acquire America’s oldest continuously published weekly.

But it wasn’t really the magazine’s loss: From that time forward, Alan was a loyal and active supporter. When The Nation’s owner, James Storrow, balked at giving the Fish-Navasky team a binding option while we raised money to buy the magazine, Alan joined the political activist and reformer Ralph Nader, the novelist E.L. Doctorow, and the progressive philanthropists W.H. and Carol Bernstein Ferry at a critical meeting where he helped persuade Storrow to do the right thing. And that was just the beginning: Over the years, Alan gave The Nation not only financial and moral support but the benefit of his wise counsel as well.

Alan, who served as chair of the Corporation for Public Broadcasting in the 1990s, was an exemplary citizen. He was a founder of the short-lived but important Fair Play for Cuba Committee in the early 1960s; a board member of Business Executives for National Security, which worked to reduce tensions between the United States and the former Soviet Union; and an early supporter of J Street and a two-state solution to the Israel-Palestine conflict.

A modest person and a stalwart friend, Alan also had a fine sense of humor to accompany his keenly honed sense of justice. He would often send letters to the editor of The New York Times—as well as copies to friends, predicting (correctly) that the Times wouldn’t run them. So here, Alan, is one of those letters. You sent it in response to an essay by Elie Wiesel, which ran in the Times as a paid advertisement, that invoked the story of Abraham and Isaac to accuse the Palestinian group Hamas of “child sacrifice” during Israel’s 2014 attack on Gaza:

In his acceptance speech for the Nobel Peace Prize in 1987, Elie Wiesel said, “I swore never to be silent whenever human beings endure suffering and humiliation.” Today in Israel and Gaza, there are many who fit that description.

One would expect a true advocate for peace to break the silence with a full and rational assessment of the struggle between Hamas and Israel and possible proposals to end the continued military conflict, rather than relying on a biblical myth to characterize and condemn Israel’s enemy.

You wrote that letter in August 2014, Alan, but your progressive, caring, and humanitarian spirit lives on. We will do our best to live up to the tradition that you exemplified.

Correction: This article has been updated to note that Ralph Nader, not Paul Newman, was at the meeting with James Storrow that led to the transfer of the magazine’s ownership. Newman supported The Nation in later years.