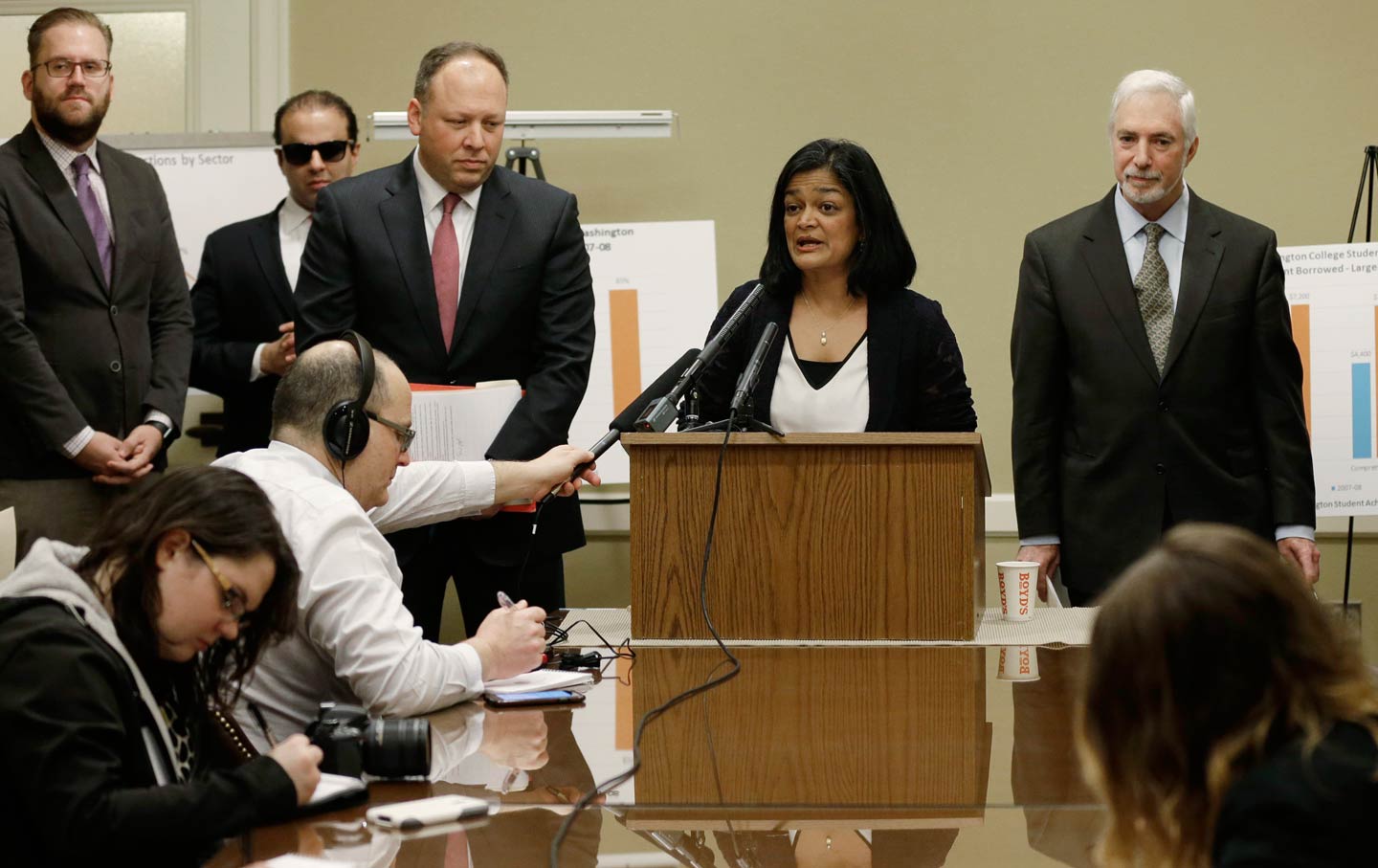 Mass movements start in the streets, marching to the steps of city halls and statehouses to speak truth to power. They open up debates, forcing elected officials to think anew and respond to demands for racial and economic justice, immigrant rights, fair elections, real democracy, and peace. Eventually, however, those who are making the demands realize that they can and should be setting the policies. That sentiment is expressed in presidential politics by Bernie Sanders’s talk of a transformative political revolution. And in congressional districts across the country, some of America’s most ardent activists and deepest thinkers are entering the fray.

The next Elizabeth Warrens are running for Congress. Some are actually stepping out of academia, as Warren did in 2012, to campaign as champions of fundamental reform. Consider Zephyr Teachout, the Fordham University law professor who is seeking an open congressional seat in New York’s Hudson River Valley with encouragement from local Working Families Party activists and groups like the Progressive Change Campaign Committee. Teachout, an expert on money in politics and the author of scholarly texts on the corruption of elections and government, is unapologetic in her activism. She says she plans to focus on “connecting concentrated power and the new monopoly state with how campaigns are funded,” and how this is reflected in the country’s “unbelievably quick transformation to monopoly capitalism instead of competitive markets in area after area. And that’s a vicious cycle with the private-financing model.”

A chorus of new women’s voices could change the House.

Teachout began her campaign by arguing that “people remember being part of the process. They can feel it’s breaking. I’m running to take on the political insiders and the corporations and raise up those voices.” An insurgent who challenged Governor Andrew Cuomo in the 2014 Democratic primary (winning 34 percent of the vote and carrying the Hudson River Valley counties), Teachout is expected to face a primary challenge; if nominated, she will certainly face a hard fight with Republicans, who are already attacking her as “a radical” with “a Bill de Blasio–like philosophy.” But in a year that’s likely to see a Democratic presidential nominee winning big in New York State on the fused Democratic and Working Families Party lines, Teachout could be running on those lines as well. That would boost her chances to win the race, which in turn would be crucial in the fight by Democrats to end the GOP’s control of  Congress—especially in the House, where Republicans now hold a 246-188 advantage.

A Teachout win wouldn’t merely flip a seat from R to D; it would also add a media-savvy, movement-linked Warren-wing activist voice to the House. And Teachout’s might just be one in a chorus of new voices in the chamber. Just days before she announced her run, another veteran activist, Washington State Senator Pramila Jayapal, entered the Democratic race to fill the Seattle-area House seat being vacated by progressive Democratic Congressman Jim McDermott.

Jayapal came to prominence more than a decade ago, when she founded the group Hate Free Zone to battle intolerance in the aftermath of the 9/11 terrorist attacks. “When September 11 happened, I just thought to myself that everything is going to change for people who look like me,” said Jayapal, an immigrant from India. The group evolved into OneAmerica, an activist organization that focuses on advancing “the fundamental principles of democracy and justice at the local, state, and national levels by building power within immigrant commu­nities in collaboration with key allies.”

Elected to the State Senate in 2014, Jayapal has championed wage hikes, voting rights, and protections for immigrants and minorities. Often aligned with Seattle City Councilwoman Kshama Sawant, the Socialist Alternative activist whom Jayapal backed for re-election in 2015, the state senator will face primary- and general-election fights in what The Seattle Times refers to as a “solidly liberal” district. But she won’t be pulling any punches, as was obvious at an announcement event where she ripped into “people like Donald Trump [who] are whipping up hate and fear across the country, resulting in a rise of anti-Muslim violence.”

Like Teachout, Jayapal is amplifying messages that have been taken national by Sanders, whose presidential candidacy has been endorsed by both women. “The vision has to be to fundamentally change the system,” says Jayapal, who argues that “corporations and special interests have their voice in Congress, and they have too many members scared of their power. What Congress needs is a progressive voice who is unafraid to take on these powerful interests—who is willing to fight for all Americans, not just the wealthiest 1 percent.”

Those themes are being heard more and more in House races around the country. In Nevada, for instance, Lucy Flores, who went from being a high-school dropout who “fell through the cracks” to earning a law degree and winning a legislative seat, is in a highly competitive primary contest for an open seat that Democrats think they can win in November. In January, Flores announced her support for Sanders, declaring: “Now, more than ever, America needs a political revolution.”

The truth is that a political revolution, if it’s to have any potential to transform the government and the economy, must involve more than a progressive presidential candidate and a handful of prominent senators. Teachout is right when she says that “Congress is broken.” But it goes beyond that: Politics is broken. It won’t be repaired by business-as-usual politicians, but rather by candidates whose electoral engagement arises less from personal ambition than from shared struggles and a deep involvement with movements and ideas. Every election is a competition for power, and when activists compete for and secure power in order to advance the greater good, that’s when politics can become transformative.