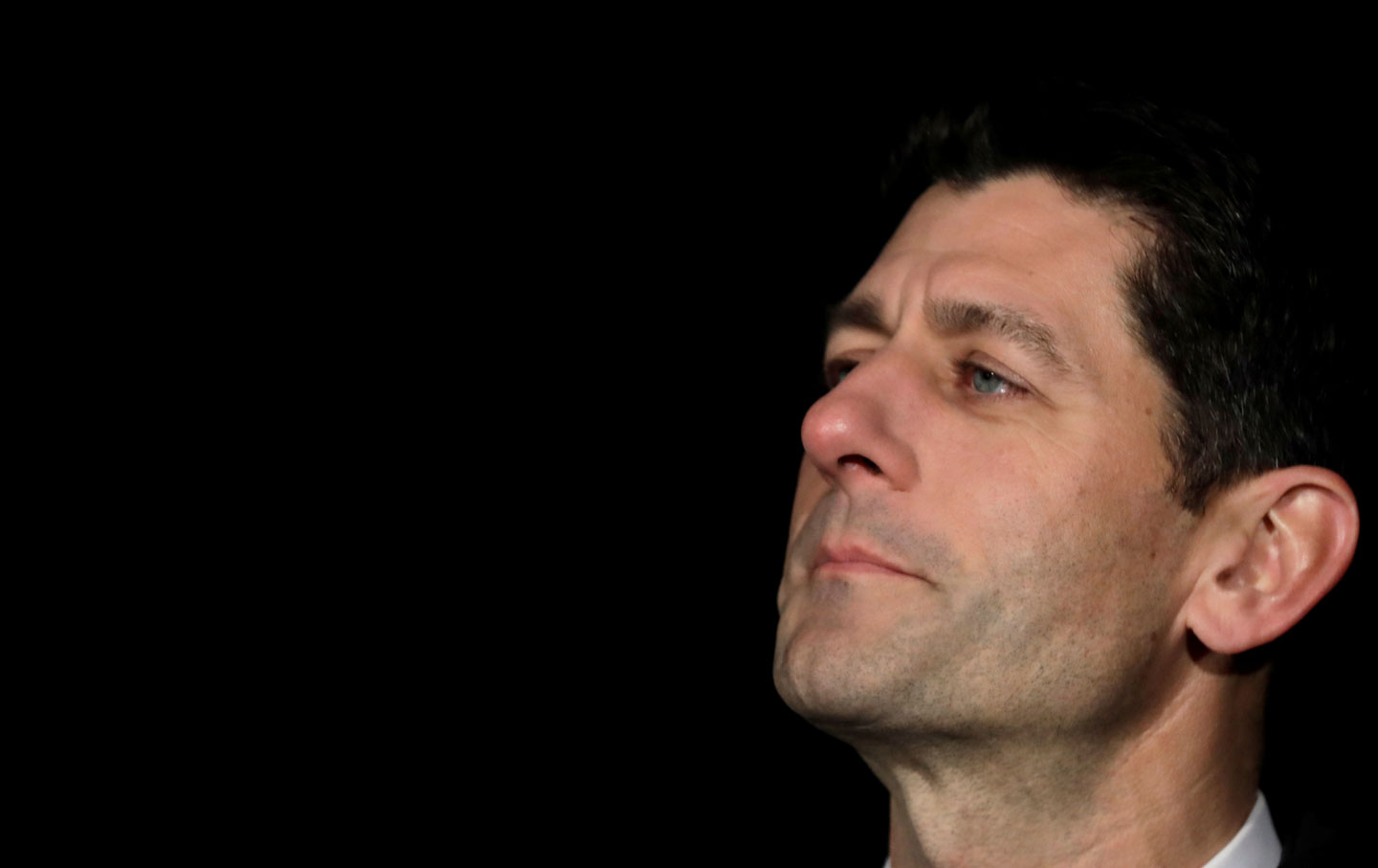 Charles Dickens, if he were writing today, would have no trouble crafting a contemporary character every bit as ominous and unsettling as Ebenezer Scrooge.

An astute social commentator who in 1843 wrote with an eye toward exposing the cruel disregard for humanity that infected the powerful men of his times, Dickens could simply update his protagonist: make the miser younger and more conniving, put him in a crisp suit, give him better hair, perhaps make him the Speaker of the US House of Representatives.

This year, Speaker Paul Ryan and his compatriots abandoned any impulse to address the human condition with charity and compassion as they rushed to enact a tax “reform” that robs from working Americans, and from the future, in order redistribute wealth upward. The greed of contemporary conservatism have proven to be so cruel in its character, so rigid in its application, that its practitioners have willingly set the stage for the impoverishment of future generations with massive debt that even they admit will tear at the safety net of Social Security, Medicare, and Medicaid.

Ryan’s cabal simply does not care what damage is done, so long as their own comforts—and those of their wealthy patrons—are maintained.

Charles Dickens anticipated the morally bankrupt calculations of today’s Republicans more than a century and a half ago, with his imagining of a visit by two gentlemen, “liberals” we will call them, to a certain conservative businessman:

They were portly gentlemen, pleasant to behold, and now stood, with their hats off, in Scrooge’s office. They had books and papers in their hands, and bowed to him.

With his crude tax schemes, Paul Ryan has abandoned any impulse to address the human condition with charity and compassion.

“Scrooge and Marley’s, I believe,” said one of the gentlemen, referring to his list. “Have I the pleasure of addressing Mr. Scrooge, or Mr. Marley?”

“Mr. Marley has been dead these seven years,” Scrooge replied. “He died seven years ago, this very night.”

“We have no doubt his liberality is well represented by his surviving partner,” said the gentleman, presenting his credentials.

It certainly was; for they had been two kindred spirits. At the ominous word “liberality,” Scrooge frowned, and shook his head, and handed the credentials back.

“Are there no prisons?” asked Scrooge.

“Plenty of prisons,” said the gentleman, laying down the pen again.

“And the Union workhouses?” demanded Scrooge. “Are they still in operation?”

“They are. Still,” returned the gentleman, “I wish I could say they were not.”

“The Treadmill and the Poor Law are in full vigour, then?” said Scrooge.

“Oh! I was afraid, from what you said at first, that something had occurred to stop them in their useful course,” said Scrooge. “I’m very glad to hear it.”

“Under the impression that they scarcely furnish Christian cheer of mind or body to the multitude,” returned the gentleman, “a few of us are endeavouring to raise a fund to buy the Poor some meat and drink and means of warmth. We choose this time, because it is a time, of all others, when Want is keenly felt, and Abundance rejoices. What shall I put you down for?”

“I wish to be left alone,” said Scrooge. “Since you ask me what I wish, gentlemen, that is my answer. I don’t make merry myself at Christmas and I can’t afford to make idle people merry. I help to support the establishments I have mentioned—they cost enough; and those who are badly off must go there.”

“It’s not my business,” Scrooge returned. “It’s enough for a man to understand his own business, and not to interfere with other people’s. Mine occupies me constantly. Good afternoon, gentlemen!”

So Dickens began his Christmas Carol, a book that captured the tenor of a time when the world was coming to recognize the truth that poverty and desolation need not be accepted by civil society—or civilized people. The words that Dickens had Scrooge mouthing represented a form of reporting, rather than imagining. The author imbued Scrooge with the language of the corrupt men of commerce and politic who opposed the revolutionary movements that were sweeping Europe as the author composed his ghost tale.

Dickens imagined that spirited prodding from the ghosts of Christmas Past, Present and Future would change Scrooge—just as there are those today who imagine that a bit more enlightenment might cause even a Paul Ryan to reconsider his disregard for the unemployed, the underemployed, and the never employed.

In Scrooge’s case, a little otherworldly pressure did the trick.

After his unsettling Christmas Eve, the formerly conservative businessman hastened into the streets of London and came upon one of the two liberals who had visited his business on the previous afternoon:

“Yes,” said Scrooge. “That is my name, and I fear it may not be pleasant to you. Allow me to ask your pardon. And will you have the goodness”—here Scrooge whispered in his ear.

“If you please,” said Scrooge. “Not a farthing less. A great many back-payments are included in it, I assure you. Will you do me that favor?”

Scrooge was frightened into such humanity that he now thanked the gentleman who asked him to open his wallet in order to “make idle people merry.”

The poor were suddenly the miser’s business.

So it is in this season, as it was in the winter of 1843. The debate goes on, in much the same language Dickens heard more than a century and a half ago. The poor are still with us, as are the Scrooges. We had best bless them all—with helping hand for the dispossessed and stern counsel for the powerful—in hopes that one day we will, all of us, keep Christmas well.