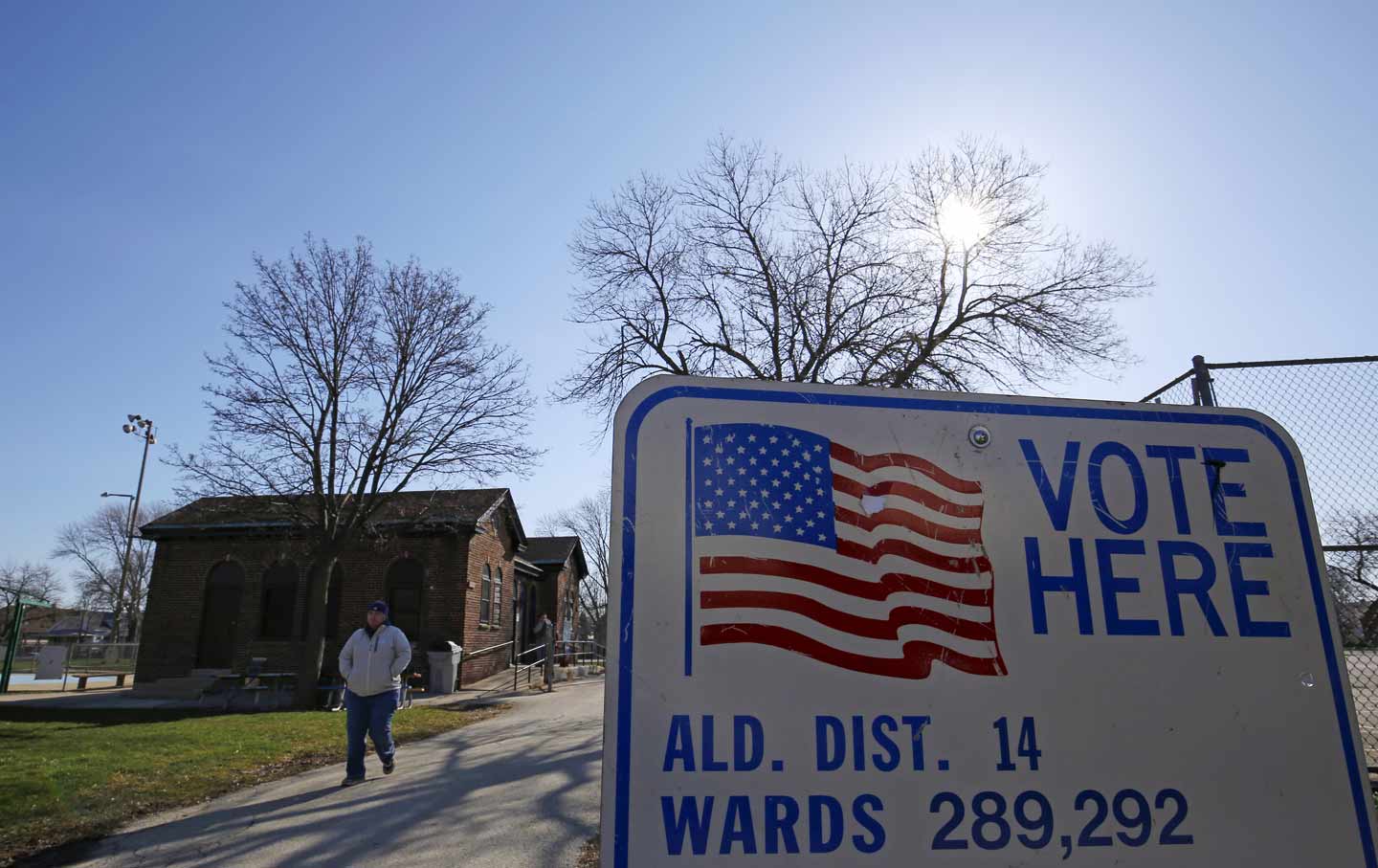 A voter leaves a polling station after casting their ballot in the Wisconsin presidential primary election in Milwaukee on April 5, 2016. (Reuters / Jim Young)

Wisconsin Governor Scott Walker said his state’s strict new voter-ID requirement worked “just fine” in the April 5 primary, but thousands of Wisconsinites were unable to cast a ballot because of the new law. One of them was Eddie Lee Holloway Jr.

Holloway, a 58-year-old African-American man, moved from Illinois to Wisconsin in 2008 and voted without problems, until Wisconsin passed its voter-ID law in 2011. “I never miss voting,” he said. He brought his expired Illinois photo ID, birth certificate, and Social Security card to get a photo ID for voting, but the DMV in Milwaukee rejected his application because the name on his birth certificate read “Eddie Junior Holloway,” the result of a clerical error when it was issued.

Holloway, who worked as a cook in Illinois but is now unemployed and disabled, living with his family in Milwaukee, got a ride downtown to the Vital Records System to try to fix his birth certificate. Vital Records said it would cost between $400 and $600, which Holloway could not afford.

He then called the Illinois Vital Records Division, who said he had to personally come to Springfield, the state capital, to amend his birth certificate. So Holloway bought a $180 round-trip bus ticket and traveled four hours back to his home state. Once in Springfield, the division said it needed a copy of his high-school and vaccination records. Holloway went to his hometown of Decatur to get his school records, paying $20 to his friend for gas money, but after returning to Springfield, Vital Records said it needed his full Social Security statement, which he didn’t have. He also visited the Illinois DMV, but had no luck there either. He left Illinois without getting the documents he needed to vote in Wisconsin.

Back in Milwaukee, Holloway got two copies of his Social Security statement and asked Illinois Vital Records if he could e-mail or fax them over. They said he’d have to appear in person again. But Holloway didn’t have the money to make another trip to Illinois and gave up trying to get a voter ID. He’d spent $200, visited two states, and made seven trips to different public institutions, but still couldn’t vote in Wisconsin. (This story is based on Holloway’s testimony in a 2013 federal district court trial challenging Wisconsin’s voter-ID law.)

Two days after Wisconsin’s primary, the ACLU once again challenged the state’s voter-ID law in court, arguing that those like Holloway who faced great difficulty getting a photo ID should still be able to vote. Yesterday the US Court of Appeals for the Seventh Circuit, which upheld the voter ID law in 2014, ruled that District Court Judge Lynn Adelman (who initially struck down the law) should reexamine the case to provide relief for voters with an “inability to obtain a qualifying photo ID with reasonable effort.” The ACLU estimates that thousands of Wisconsinites fall into that category.

“The right to vote is personal and is not defeated by the fact that 99% of other people can secure the necessary credentials easily,” wrote Judge Frank Easterbrook. (Three hundred thousand registered voters in Wisconsin lack a government-issued photo ID, and many have faced great difficulty obtaining one, as I’ve documented.)

This is a small but important victory against a bad law. “We continue to believe Wisconsin’s voter-ID law should be overturned entirely, but given the Seventh Circuit’s prior ruling, we’re now trying to mitigate the worst aspects of the law,” says Sean Young of the ACLU. Those like Holloway who’ve had many problems obtaining a photo ID should be able to sign an affidavit confirming their identity and cast a regular ballot, the ACLU believes. Other states with voter-ID laws have adopted similar fallback options, although such “soft” voter-ID laws “still leave an uncertain number of voters disenfranchised,” writes Rick Hasen. “These burdens might be justified if there were evidence that state voter-identification laws solve a serious problem, but there is no such evidence.”

Wisconsin presented no evidence of voter impersonation in court to justify the voter ID law and prominent Republicans like Congressman Glenn Grothman have admitted it will help their party win elections. There’s no good reason why longtime voters like Eddie Lee Holloway Jr. should have such a hard time trying to cast a ballot.