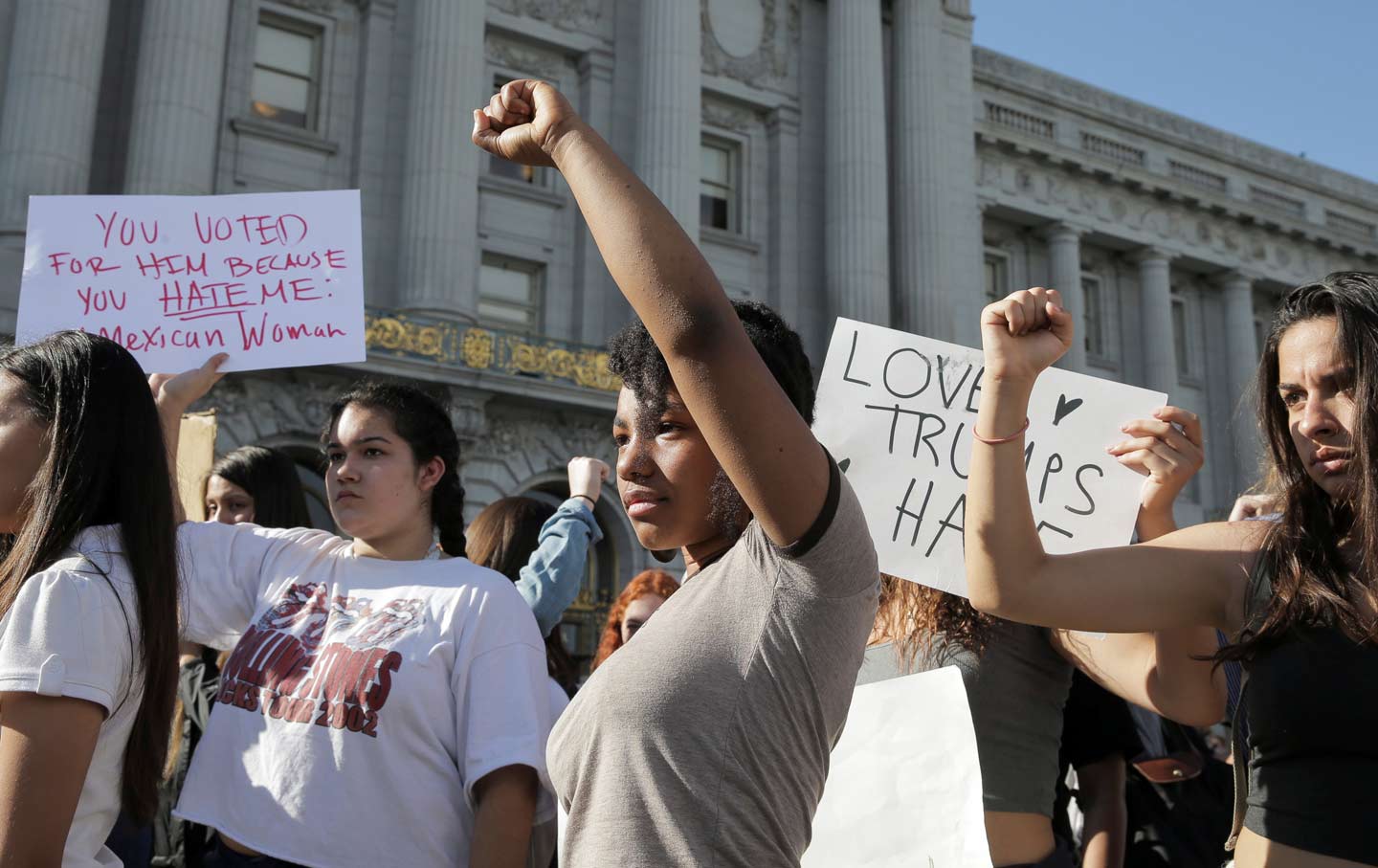 A high school student raises her fist in protest of the election of Republican Donald Trump as President of the United States in San Francisco, California, November 10, 2016. (Reuters / Elijah Nouvelage)

In grim times, music can be both salve and inspiration easing collective pain and encouraging group resistance. We’re going to need a lot of fortitude, patience, inspiration and bravery to get us through the next four years. A good playlist isn’t the worst place to start.

A list like this is, of course, highly debatable. The politics of resistance are alive in just about every musical genre and functions as a main current of punk rock, topical folk, hip-hop and reggae. I also omitted some time-honored classics like Bob Marley’s “Get Up, Stand Up,” and Bob Dylan’s “The Times They Are A-Changin,” just because they’re so over-played.

No political struggle integrated music and activism better than the civil rights movement, which drew on slave songs and spirituals to raise hopes and lift morale during periods of intense repression. This current movement moment has yet to be defined musically. In the meantime, these classic songs of struggle and resistance will help put you in a fighting mood.


4. Antony and the Johnsons, Another World


5. The Clash, Guns of Brixton


8. The Sensational Nightingales, Brothers and Sisters


10. Mahalia Jackson, We Shall Overcome