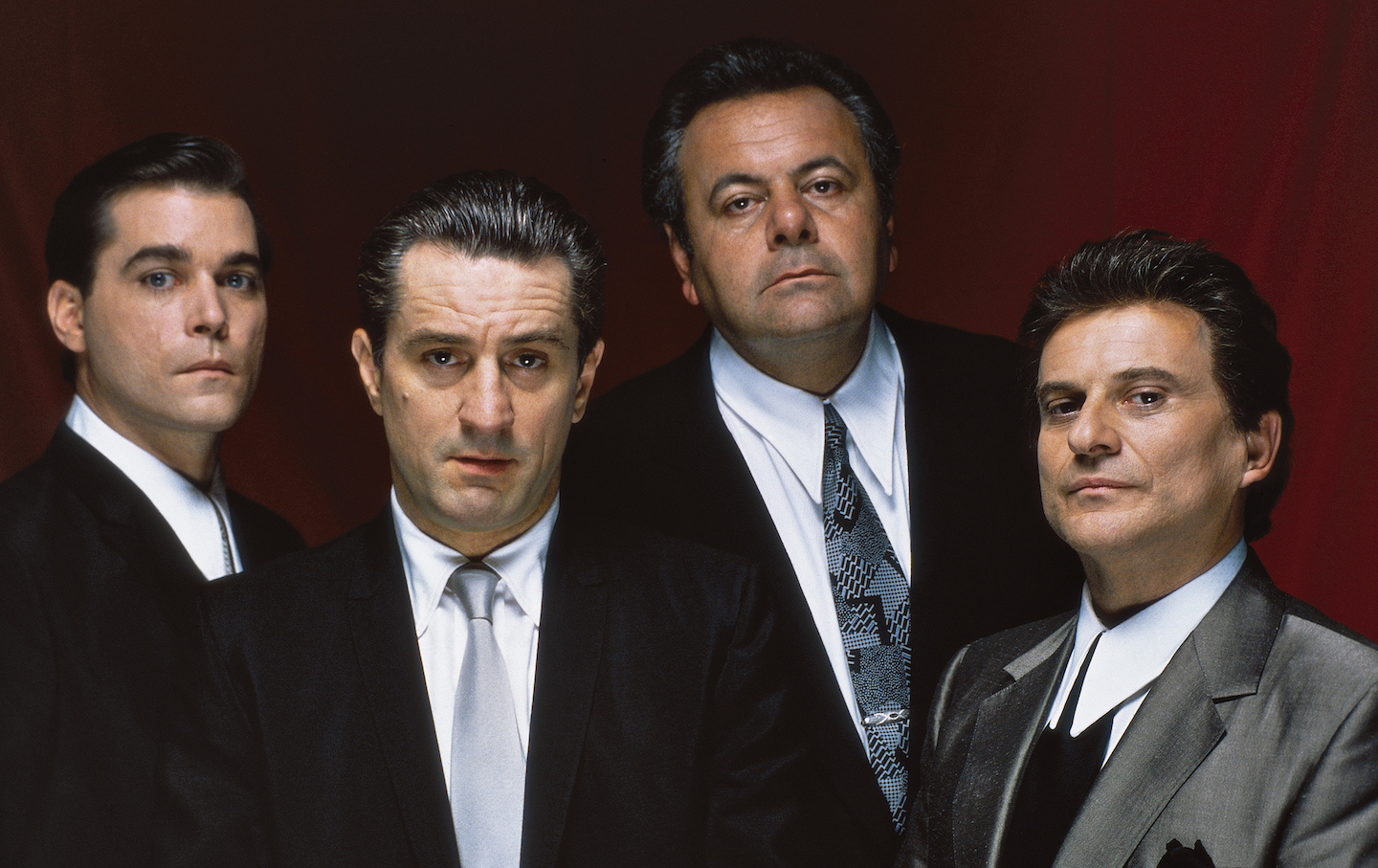 Are the greatest movies the product of the personal vision of their directors, auteurs who put their personal stamp on every frame? Or is filmmaking so inherently collaborative that it is folly to speak of directors as auteurs? This long-running debate continues to play out, not least in films themselves. One recent example is Mank, released by Netflix in December, in which David Fincher (using a script written by his late father) takes up the argument that screenwriter Herman Mankiewicz was the primary author of Citizen Kane, rather than Orson Welles. This was the argument Pauline Kael advanced in her controversial book Raising Kane, which was fiercely attacked by Welles partisans like Peter Bogdanovich.

One way to move beyond this tired argument is to realize that to the extent that film directors are auteurs, their main talent is still a collaborative one. The great directors are the ones who bring out the best in their cocreators, by massaging the script (as Welles did extensively for Citizen Kane) and by recruiting and nurturing their crew. It’s hardly an accident that the greatest auteurs gathered around them a troupe of craftspeople that worked on film after film with them. An auteur is nothing more and nothing less than a director who knows how to assemble and run a great team.

As the film critic Glenn Kenny shows in his thoughtful new book Made Men: The Story of “Goodfellas,” this is certainly true of Martin Scorsese. One of the themes of Kenny’s book, published to mark the 30th anniversary of the gangster classic, is that Goodfellas is very much an ensemble film, the gathering of a creative team that forms the essential infrastructure of the director’s filmmaking. This ensemble is easy enough to see on-screen with Scorsese stalwarts like Robert De Niro and Joe Pesci, but Kenny also calls attention to the behind-the-scenes collaborators that Scorsese relies on in multiple films, from producer Barbara De Fina and cinematographer Michael Ballhaus to graphic designers Saul and Elaine Bass and editor Thelma Schoonmaker.

Like many critics, Kenny emphasizes the special importance of Schoonmaker, whose meticulous editing gives Scorsese’s movies their special tempo. At the end of Goodfellas, as the main character, Henry Hill (Ray Liotta), becomes a desperate, paranoid cocaine abuser, the very pacing replicates his drug-induced delirium. As critic David Edelstein noted in the New York Post upon the film’s premiere in 1990, “When Henry becomes a cokehead, the camera speeds up but the action crawls.” Schoonmaker as much as Scorsese was responsible for that effect.

Goodfellas isn’t Scorsese’s best—Taxi Driver, Raging Bull, Casino, and Silence all cut deeper—but it is perhaps his gateway film, the one that distills the essence of his work in a way that makes it accessible to a wide audience. It’s the Scorsese movie you’d want to show someone first as a way into the oeuvre.

What makes the movie quintessential Scorsese is that it lays out in a particularly clear form the story he keeps returning to: the lure of the outlaw community and the eventual pain of exile from a tight-knit group. Goodfellas is the bildungsroman of a goon. “As far back as I can remember, I always wanted to be a gangster,” Henry says early in the film. “To me, being a gangster was better than being president of the United States.” As Kenny notes, this line has only gained in resonance since the film first appeared: America has now proved to be a land where you can be both a gangster and a president.

As a young man growing up in a crowded and abusive household, Henry is attracted by the swagger and the freedom of the gangsters who congregate across the street at a local cabstand and pizzeria. He leaps at the chance to give up his family’s mundane lower-middle-class existence and join the wiseguys, eventually finding a cruel camaraderie in a crew consisting of his pals Jimmy (a sinister gallant, played with quiet menace by Robert De Niro) and Tommy (a psychopathic bully with a hair-trigger temper, given terrifying life by Joe Pesci). Henry is easily seduced into their world and in turn draws in his girlfriend (and eventual wife), Karen, who, like Henry, gets a vicarious thrill from the wiseguys’ violence.

The gangster is not, in Scorsese’s view, a lone outlaw but very much a product of a community and culture. Hence the loving anthropological attention Goodfellas pays to the everyday material world of the wiseguys, ranging from their excellent taste in food to the tacky décor of their homes. Even in prison, the wiseguys eat like kings. “Dinner was always a big thing,” Henry recalls of a jailhouse stint. “We had a pasta course and then meat or fish. Paulie did the prep work. He was doing a year for contempt, and he had a system for doing garlic. He used a razor, and he sliced it so thin it used to liquefy in the pan with a little oil.”

The appeal of the gangster life, Scorsese shows, is that when the going is good, it combines the solidarity of community with the intoxication of breaking the rules. The wiseguy is part of a gang that has his back, and one thing that defines the gang is that its members can treat everyone outside its protected circle with contempt—as shown by the tolerance they have for Tommy’s sociopathic behavior.

Belonging to an outlaw community is a way of having it all: the structure and protection provided by a group, but also the hyper-individualism of being able to take whatever you want from the outside world, in defiance of all rules and norms. Like many of the other wiseguys, Hill tries to have it all in his personal life as well, with a wife and kids at home and a mistress in a lavish apartment.

But having it all is inherently unstable, in both the gang and his personal life: Once the strong arm of rules and norms is reasserted, the heaven of the outlaw community turns into the hell of betrayal, recrimination, and separation. Henry is transformed from a law-breaking wiseguy into a rat who betrays his friends to save himself. Worst of all, in the anonymity of the witness protection program, he stops being an outlaw and has to become the type of guy he’s spent a lifetime abusing. “I’m an average nobody,” he laments in the film’s perfect ending. “I get to live the rest of my life like a schnook.”

One reason Scorsese is so good at depicting the glamour of an outlaw community is that he has created his own in his troupe of collaborators. Not that Scorsese and company actually break the law, but the director clearly sees filmmaking as a benign con game in which he has to trick the studios into giving him money in order to make art. (Indeed, he’s often talked about how directors have to smuggle art into their films.) And the best art, in any case, is often an affront to respectable society, as Scorsese knows well from the many controversies he’s been involved in as a filmmaker, accused of everything from blasphemy to glorifying violence.

In a somewhat grudging review in The New Yorker, Paul Kael admitted Goodfellas has “a lift” because Scorsese “loves the Brooklyn gang milieu…it’s where distortion, hyperbole, and exuberance all commingle. His mobsters are high on having a wad of cash in their pockets. The movie is about being cock of the walk, with banners flying and crowds cheering.”

But Kael was resistant to what she saw as Scorsese’s excessive auteurism, his tendency to show off. “Yet the moviemaking has such bravura that you respond as if you were at a live performance,” she continued. “It’s Scorsese’s performance. He came of age as a director in the early seventies, at a time when many film enthusiasts were caught up in the sixties idea that a good movie is always about its director. There’s a streak of metaphoric truth in this, but here Scorsese puts the idea right up front.”

Kael went on to unfavorably compare Scorsese to Welles:

The filmmaking process becomes the subject of the movie. All you want to talk about is the glorious whizzing camera, the freeze frames and jump cuts. That may be why young film enthusiasts are so turned on by Scorsese’s work: they don’t just respond to his films, they want to be him. When Orson Welles made Touch of Evil, the filmmaking process just about took over—the movie was one flourish after another. But that was 1958, and making a thriller about your own wallowing love of the film medium was a thrilling stunt. And Welles didn’t drain the characters; rather, he made them more baroque, to match his flourishes.

Kael’s view of Scorsese is a misreading, though: He isn’t an ultra-individualist trying to dominate over the story but rather a profoundly collaborative artist, with the bravura of Goodfellas stemming from the way he brought out the best in his troupe.

As the leader of an outlaw community of artists, Scorsese is kind of like a benevolent Mafia don. The talented and productive gang of outlaws that made Goodfellas is the positive counterpart to the destructive gang of outlaws that the film depicts. If it takes a village to create a gangster like Henry Hill, it also takes a village to create an artist like Scorsese.