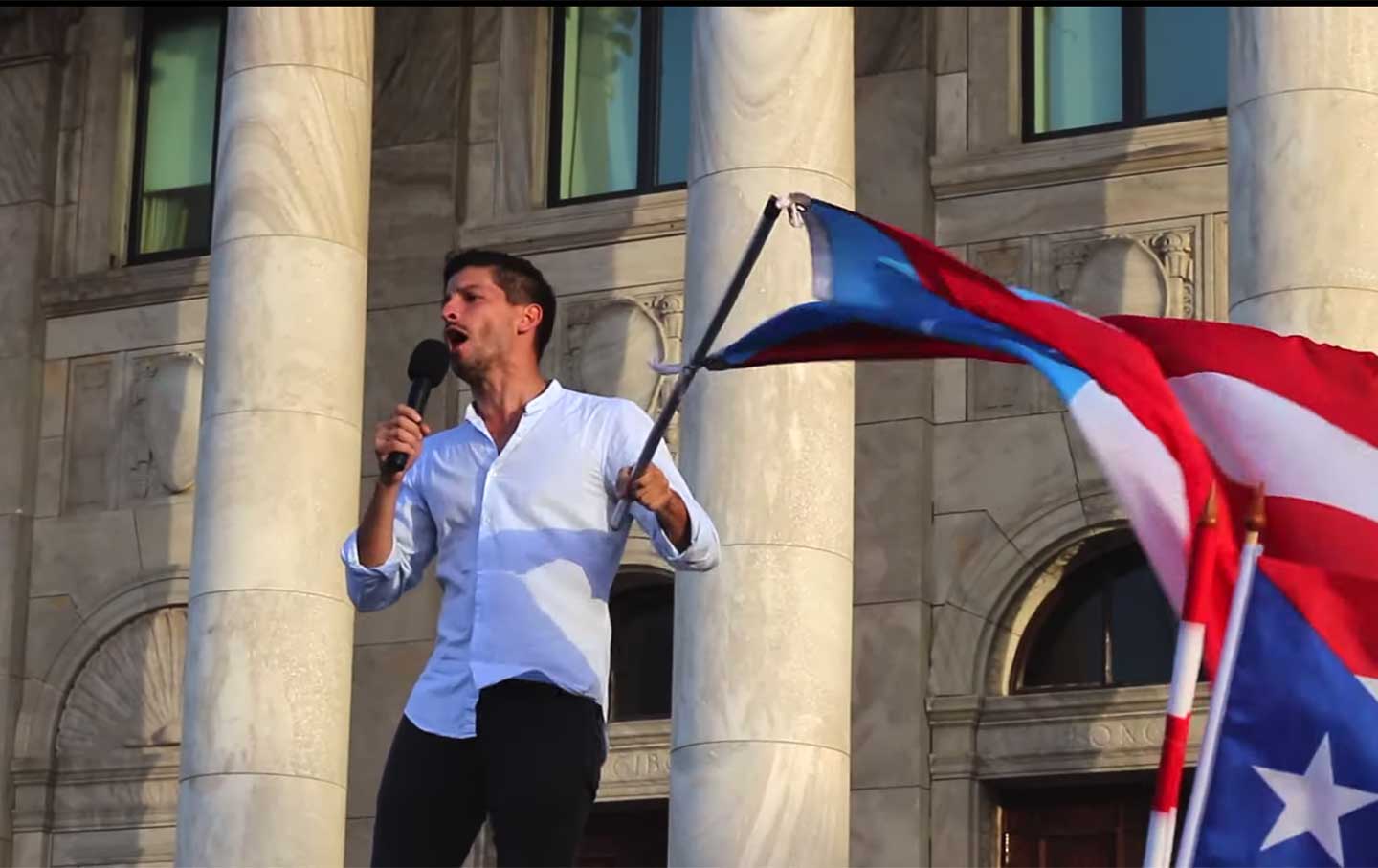 Manuel Natal Albelo is, at age 33, one of the most dynamic and popular political figures in Puerto Rico. He is breaking the old boundaries of politics on the island, sitting as an independent in the Puerto Rican House of Representatives and forging a movement that seeks to end corruption, overturn austerity, and move beyond historic stalemates.

A lawyer who is in his sixth year as a legislator, Natal has deep roots in the politics of Puerto Rico. Yet he refuses to be bound by the past. He welcomes a robust debate over the status of Puerto Rico as a US Territory. He decries the economic constraints placed on the Puerto Rico people by politicians in Washington. And he speaks of a future where Puerto Ricans will shape their destiny with an eye toward economic and social justice, protecting the environment and guarding against abuses by multinational corporations.

Natal has a vision for a new politics. It has been rewarded by the voters, and by the crowds that have cheered his speeches at mass rallies against corruption and austerity. We speak to him about that vision, and much more, for this week’s Next Left.

Feminist and LGBTQ Activists Are Leading the Insurrection in Puerto Rico, The Nation, Ed Morales

Puerto Ricans Are Fighting for the Democracy That They’ve Been Denied, The Nation, John Nichols