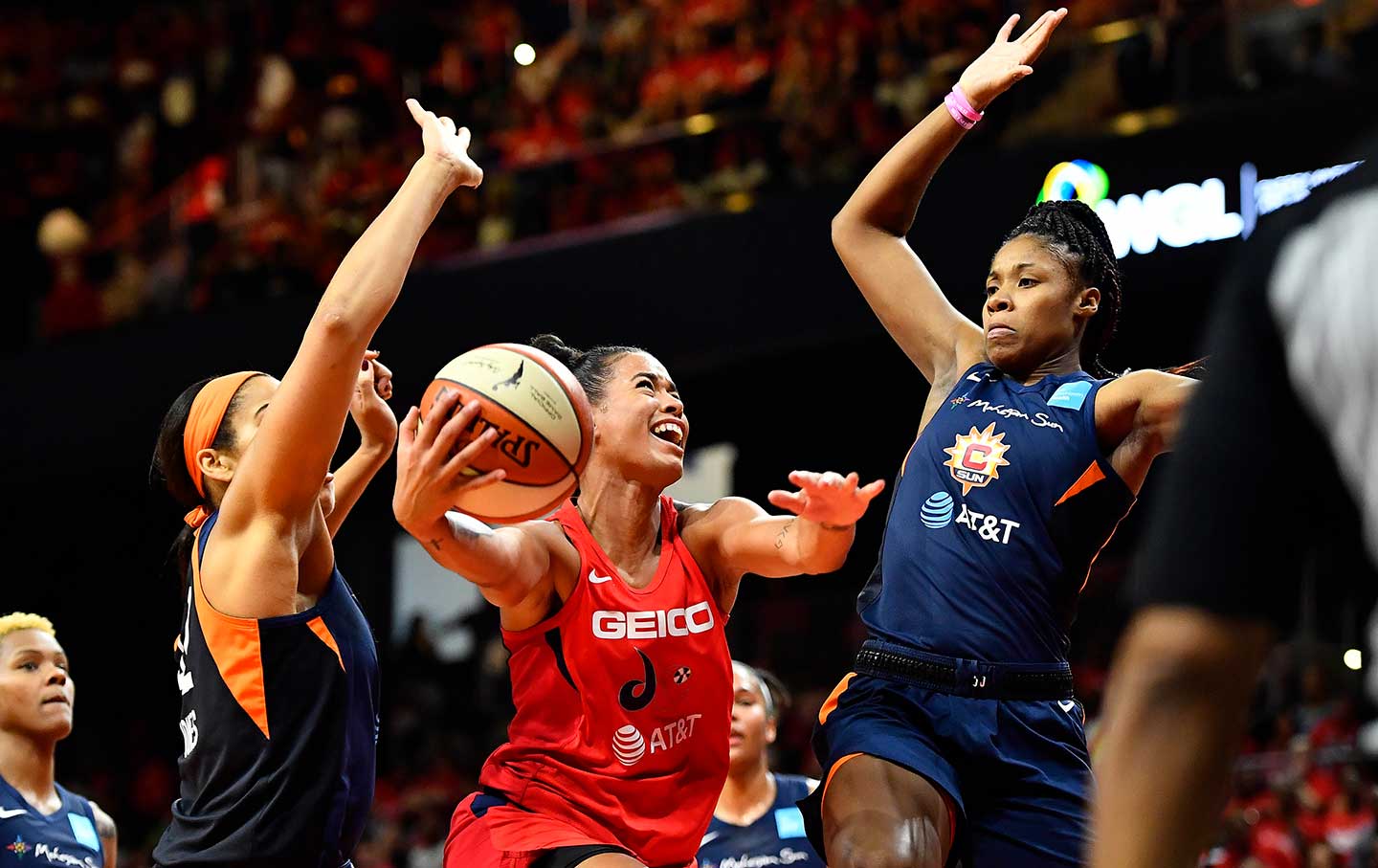 This week we speak to WNBA aficionado Helen Welock about the WNBA finals between the Mystics and Suns.

We have Choice Words about the cancellation of the FIFA Palestine Cup. We also have Just Stand Up and Just Sit Down awards to Felix Hernandez/the city of Seattle and NFL owners who are pushing to expand the regular season. All that and more!