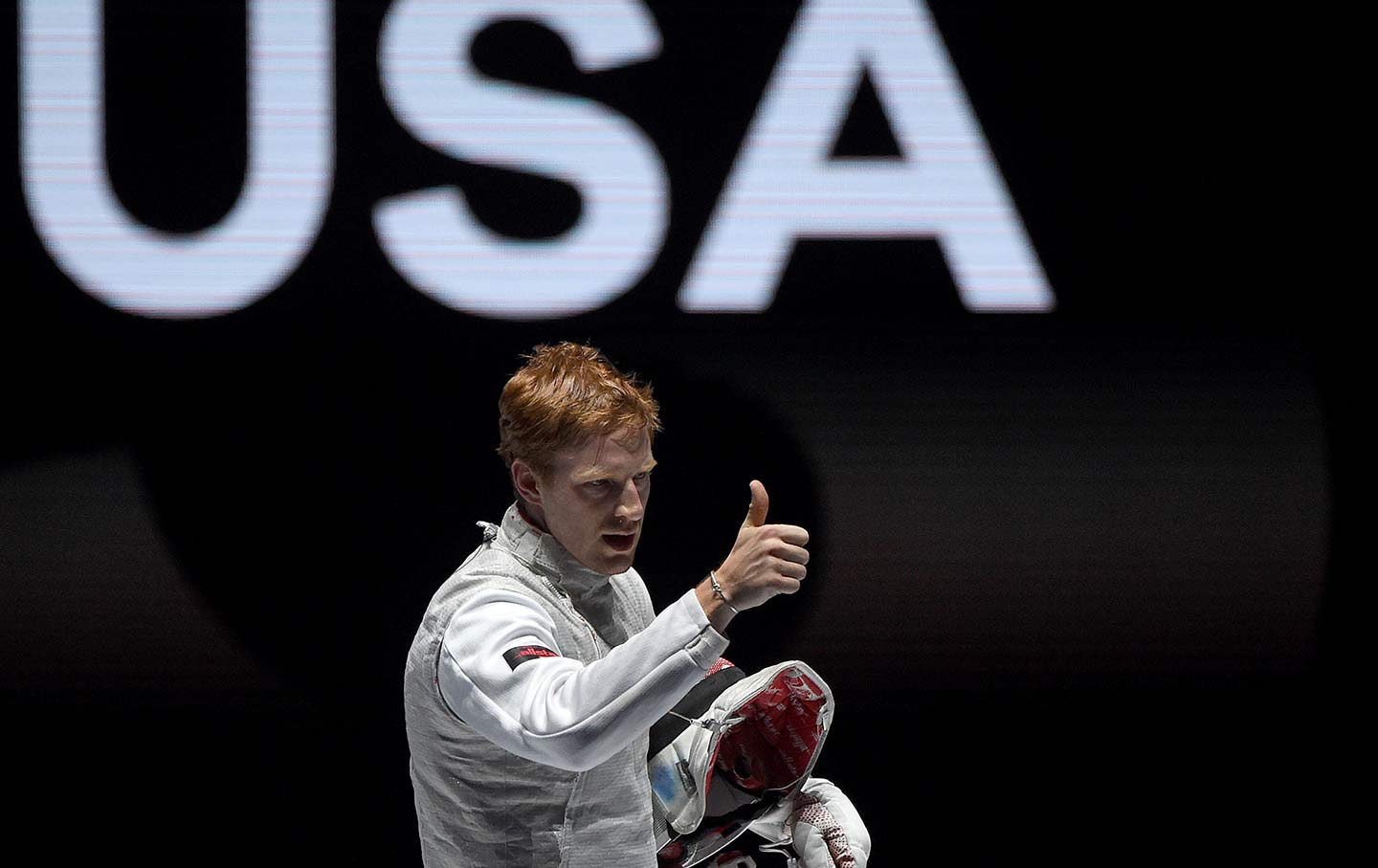 This week we speak to fencer Race Imboden, who took a knee at the Pan Am Games during the anthem to protest the injustice raging across America. We also spoke to Royce White, friend of the show and former NBA player who went viral this week speaking out on what he sees as the blackballing of Carmelo Anthony.

We also have choice words about Jay-Z in the NFL, Just Stand Up and Just Sit Down awards to some NFL players and an NFL coach’s playlist, and more!