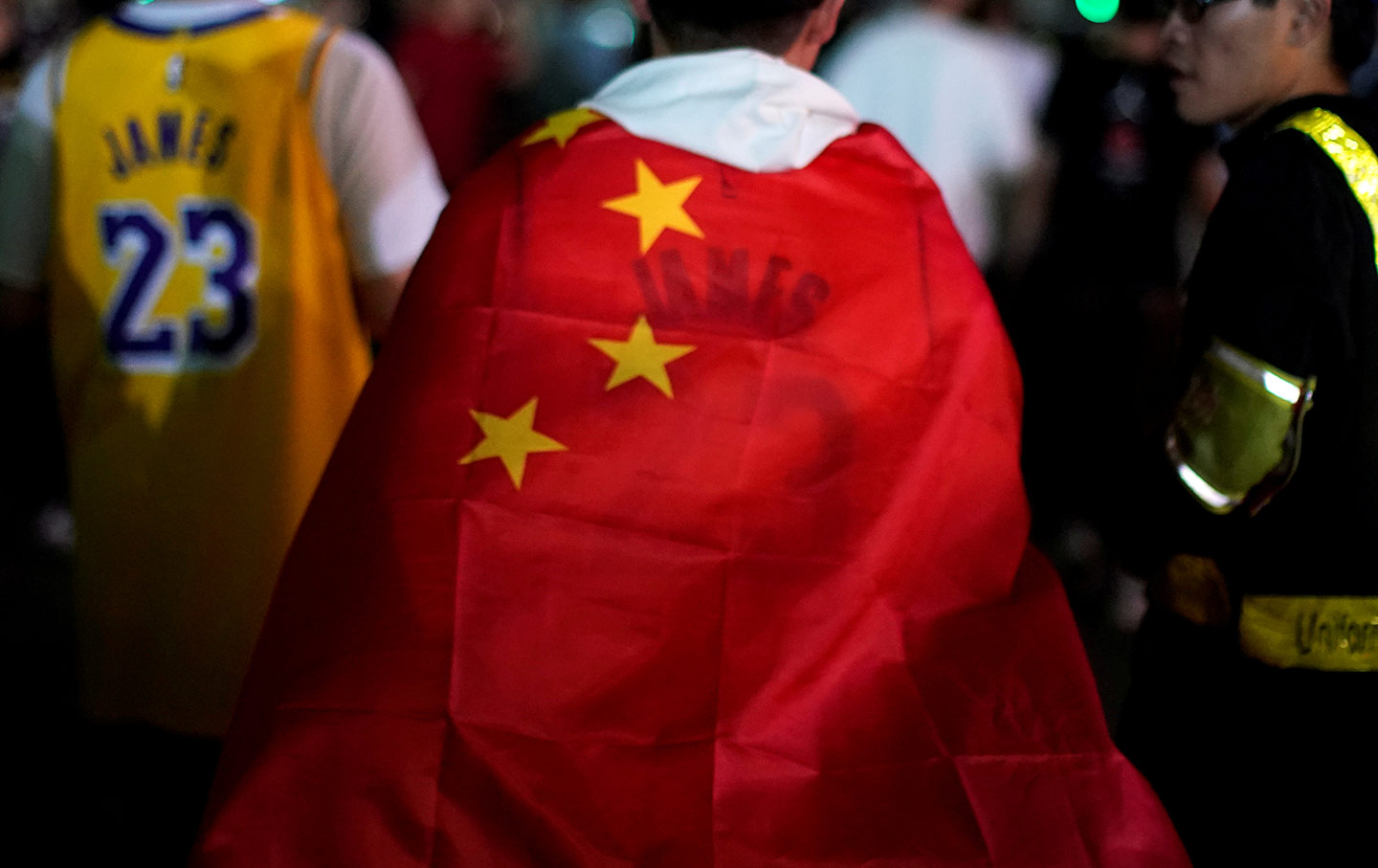 A man wearing a LeBron James jersey wraps himself with a Chinese national flag outside the Mercedes-Benz Arena before the NBA exhibition game between Brooklyn Nets and Los Angeles Lakers in Shanghai, China, October 10, 2019. (Reuters / Aly Song / File Photo)

This week we speak to The Athletic’s National Basketball Association correspondent Michael Lee about all things NBA, China, and LeBron. We also preview the forthcoming season, and I give my mighty predictions for the year.

We also have Just Stand Up and Just Sit Down awards to the NBA’s Harrison Barnes and New York Yankee fans. We also have a Kaepernick Watch. All this and more!