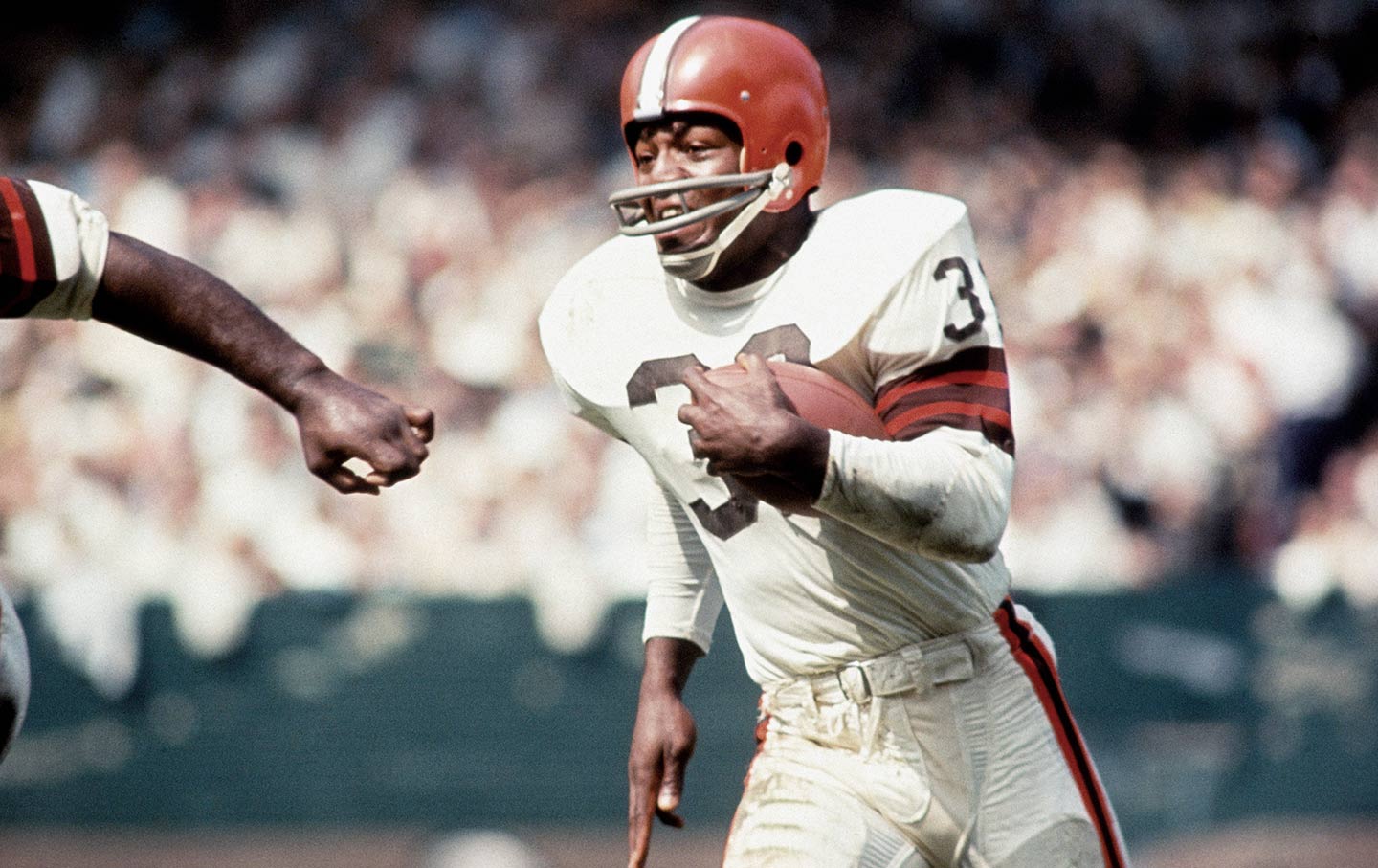 The Cleveland Browns’ Jim Brown runs with the ball. (Focus on Sport via Getty Images)

This week we are speaking to the cowriter of Jim Brown’s 1989 autobiography Out of Bounds, former ESPN Outside the Lines reporter Steve Delsohn. We are talking about the portrayal of Brown in the lauded film One Night in Miami. We are also talking to Michael Lee of The Washington Post about the passing of NBA journalism icon Sekou Smith.

We also have Choice Words about the possibility of holding the Olympics in Florida in the middle of a global pandemic. In addition, we have Just Stand Up and Just Sit Down awards to, respectively, Kamiah Adams Beal for a tweet she published after a Wizards loss and people claiming that Tom Brady is the greatest athlete in American team sports after yet another Super Bowl appearance. We also have some words about the passing of another all-time great, Temple legendary basketball coach John Chaney. All this and more on this week’s show!

Zirin
He Had a Hammer: Henry Aaron Presente